A scrap yard blaze in Papakura that had been burning throughout much of yesterday has been put out overnight. 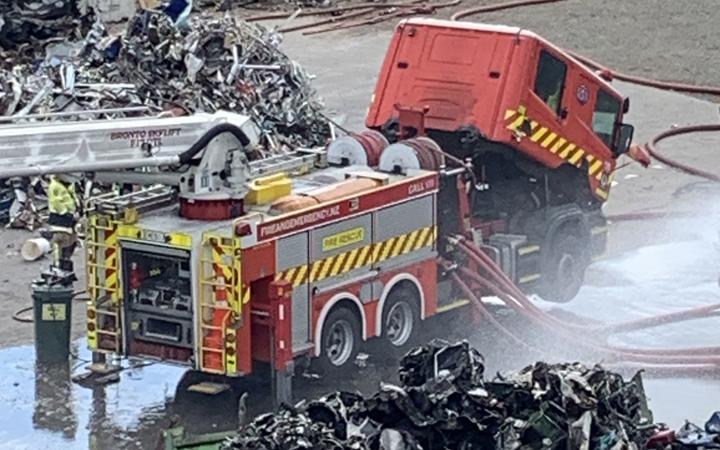 Fire investigators are looking into the cause of the substantial blaze. Photo: New Zealand Professional Firefighters Union

A local fire chief said the nature of the blaze deep within highly flammable and toxic material had made it hard to deal with.

The last truck left the site at 4.30am. Crews had been battling the blaze since 8am yesterday morning, with eight fire appliances used to tackle the fire last night.

At one point the fire was burning an area 50m by 50m in size. 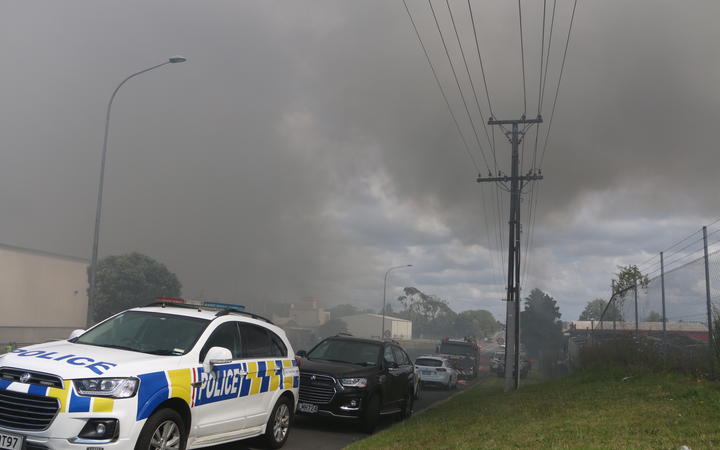 Fire and Emergency worked through the night to tear apart material and dampen down the hotspots.

The rubbish consisted of scrap steel, mostly plastic, foam and rubber parts taken from steel appliances, which meant the material was particularly flammable and dangerous.

The material needed to be lifted using large excavators so the deep blaze could be put out.

"There's all sorts of contaminants in there... waste oil, petrol out of cars, plastic, all those sorts of materials. Anyone knows who's smelled a fire of that nature, they're full of toxins and carcinogens."

Fire investigators are meeting back on site with the plant operators this morning to determine the cause of the fire, which was started within the pile of scrap material.

Purcell said the fire would have easily started and spread due to the large pile of material.

"One little battery, or even sometimes a bit of spilt fuel and a spark from of the metal rubbing together, it's very deep under the scrap and once it gets going it's away and very hard to put out."

The New Zealand Professional Fire Fighters Union said the blaze took up all of Fire and Emergency's resources.

Auckland Secretary of the Union and Firefighter Martin Gibson said all three aerial appliances were used to battle the blaze.

"That's all the aerial appliances that Auckland currently has because two are broken and the relief one that would usually cover is also broken, so we've got three broken appliances, if we had another incident in Auckland yesterday FENZ wouldn't have been able to deal with it properly."

Fire and Emergency said they were working to get more resources working again after one of them malfunctioned yesterday.

They usually aim to have five aerial appliances but had been left with just two after the Te Atatu appliance malfunctioned at the fire and the other two were under repair.

Purcell said they were hoping to get the Papatoetoe appliance running on Thursday night after it broke late last week along with the central city appliance that was having a broken windscreen fixed.

He said fire investigators and plant operators were going through CCTV footage after a meeting on Thursday morning to determine the exact cause of the fire.