There are fears fruit and vegetable crops in and around Motueka have been badly damaged by a hailstorm that struck the area late this afternoon. 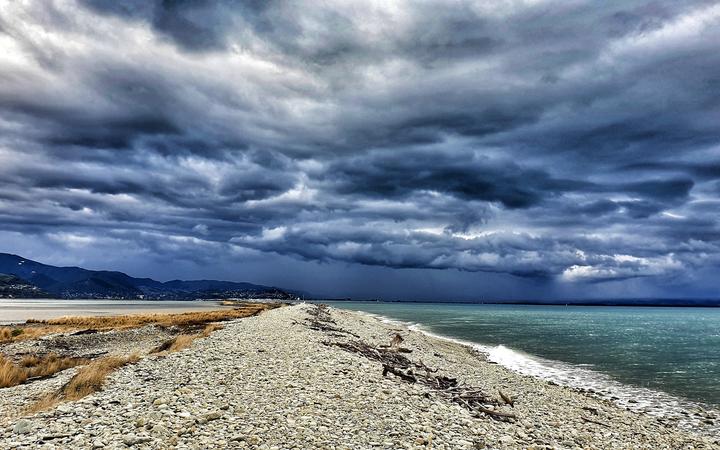 A threatening sky in the Tasman district in the early evening. Photo: RNZ / Tracy Neal

Dawn Neal from Motueka told RNZ: "We had a pretty amazing half hour or so and in that time, many people have had their crops destroyed."

Her daughter's "massive and beautiful garden" at Upper Moutere has been left in shreds.

"We quite often get these wintry storms around this time of year," Neal said.

It is believed a tornado has caused significant damage to a glasshouse in Motueka. 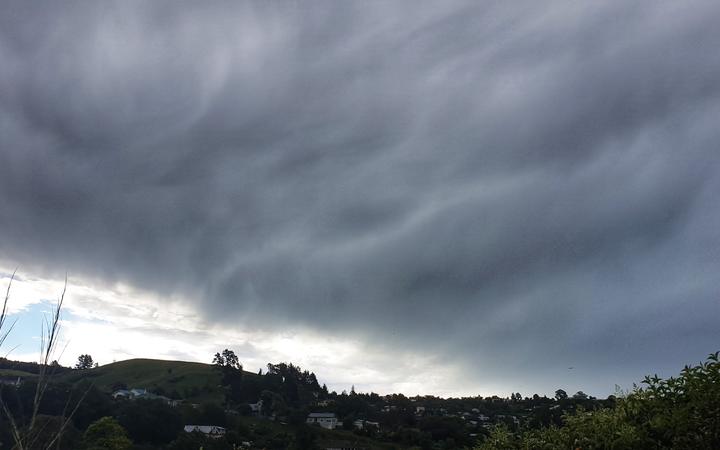 Earlier this afternoon a severe thunderstorm watch was issued for the region, with forecasts of localised showers and hail.

All the key ingredients for thunderstorms come together just right for parts of Aotearoa from afternoon⚡
So, whether you’re tramping, on a post-Xmas roadie, or just chilling at the bach, keep an ear and an eye out. And as always, stay safe NZ! https://t.co/BZWb7ZPiRd ^MM pic.twitter.com/50nYJaFAao

It was predicting that the thunderstorms would be severe west of Mapua with heavy rain that could cause surface flooding and slips.

It also said the hail would make driving hazardous and could damage crops, orchards, vines and glasshouses.

I’ve honestly never seen a hailstorm like this #kiwiwhitechristmas pic.twitter.com/QRTONIY5lt

Snow has also fallen today over the Ranges west of Wanaka, the Remarkables and on mountains near Glenorchy.

This morning's view from Lauder features a dusting of snow! ❄️ pic.twitter.com/sWqJVOtYnE

Colder than average temperatures are being felt across many parts of the mainland today.

MetService says things are looking more unsettled than usual for this time of the year with eastern areas not making it out of the early teens.

At this stage the inclement weather is looking like it could continue for the South Island on New Year's Eve.

However, the outlook is much more settled in the North Island.