The government is pumping another almost $3 billion into its Covid-19 response after a report identified failings with its testing strategy. 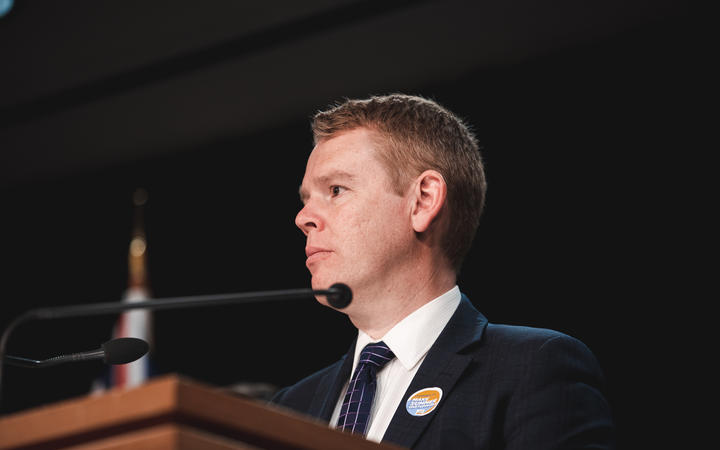 Senior advisers Heather Simpson and Sir Brian Roche were urgently commissioned in August to review the regime after revelations many border staff were not being tested for Covid-19.

The report found problems with communication, accountability, and clarity in the testing framework.

It also found that despite clear expectation of ministers there would be structured testing of border facing workers, and regular advice stating that such testing was occurring, in reality little testing was happening at the time.

"There appears to have been a reluctance on the part of some agencies to contemplate mandatory testing regimes, there was a general lack of forward planning with respect to testing, there was a reluctance to work with employers about how testing could best be implemented at particular sites," the report said.

The report noted there was also a lack of clarity about who was in charge of implementing and monitoring the testing regimes.

In a letter to the minister by the committee co-chairs it said that the current model is improving, but it's is not fit for purpose over a longer time period.

"We don't have a status quo model which is well understood and could serve effectively for the next 24 to 36 months," it said.

In total, 28 recommendations have been made, of which 25 are for the Ministry of Health.

Covid-19 Response Minister Chris Hipkins said actions on five of the recommendations have been completed, with 23 underway.

"Overall, the Committee found that by the time the reports were being written, the required improvements, including border testing, were under way," he said.

Hipkins said he has found the Ministry of Health willing to take on advice.

The government found during the August outbreak, that there was still a degree of sckeptisim from communities, he said.

Some parts of the community require more intense contact tracing than others, he said.

But he said several hundred people can be contact traced each day at the moment.

"Ultimately you have to judge the system on the results and New Zealand's results are strong."

He said the fact the there are still good testing numbers despite no community outbreak in some time is a sign the system is working well.

While the border is seeing more positive cases, he said these are being contained at the border.

The Ministry of Health said that Director-General of Health Ashley Bloomfield will not front for interviews today.

Instead, it released a statement that said all of the recommendations have been addressed, and actions had either already been implemented or were underway.

In the statement, Bloomfield said the health system had responded on an unprecedented scale at speed to eliminate Covid-19 from the community.

"The response has not been without flaws, but the ministry and wider system have learnt, reviewed and adjusted along the way to continually improve our response," he said.

"New Zealanders should have confidence that we have responded to four outbreaks since the Auckland August cluster without needing to change alert levels - this is a reflection of the strengthened systems that have adapted since the beginning of the pandemic."

The National Party says it is cynical of the government to wait until today to release the report.

The party's Covid-19 response spokesperson, Chris Bishop, said the report showed the border response was not as good as it could have been and there needed to be improvements.

"This is a damning report into contact tracing and our response at the border, and frankly it is very disappointing to take until the Friday before Christmas to release it."

Bishop said New Zealanders should have been able to access the report far earlier.

"Best practice would be if we were openly debating these things and seeking to do better as a country, rather than seeking to supress the truth of how we have been managing this very grave crisis."

Seymour said the jury was out on whether the report's recommendations would result in meaningful improvement.

"It's become very clear that New Zealand's Covid-19 response being deemed a success has been largely down to a mixture of geography and dumb luck."

The government is addressing the recommendation that accountability lines should be clearer, by setting up a Covid-19 Response Unit.

It will be responsible for the central co-ordination, strategy and overall response.

However, Hipkins said the management of the public health response will continue to be led by the Ministry of Health.

"Where there are things that have emerged that have been outside Health's areas of expertise, like running managed isolation facilities, we've stood up other capability," he said.

End-to-end management of borders led by a Border Executive Board.

The funding announced today will pay for a series of Covid-19-related health activities to June 2022.

It's committing about $1.1 billion until June 2022 to bolster testing and contact tracing - and roughly $1.7 billion for the managed isolation regime.