The Christchurch terrorist wanted to carry out an attack on the Muslim community around the time of Eid al-Adha but moved his plan to March as he was running out of money. 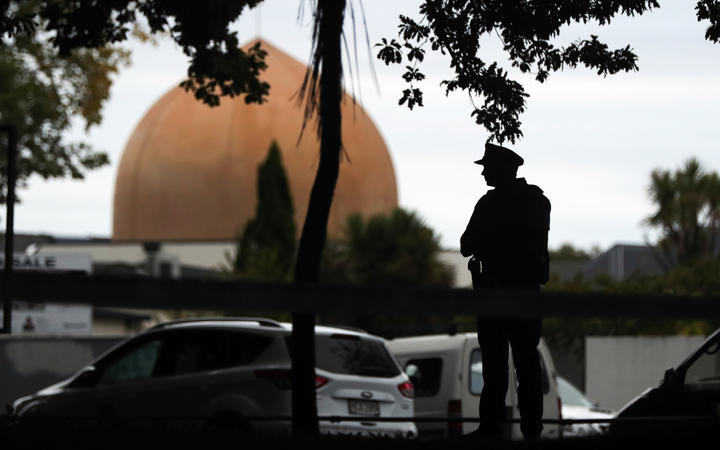 The Royal Commission into the Christchurch mosque attacks has released its 800-page report detailing its investigation into the shootings.

It has examined the gunman's preparations in the lead up to 15 March, as well as what could and should have been done to prevent the shootings and what can be done in future to prevent similar attacks.

The Royal Commission found that in the months before the attack, the gunman used his email account to send planning and preparation notes to himself for future reference.

The gunman also sent a drone and hard drive which contained files relating to his planning and preparation, to his sister in Australia before the attack.

He confirmed during an interview with the Royal Commission that he had deleted some documents on the drone and hard drive prior to the shootings as he did not want them to be discovered, but police recovered a few.

One document is a budget the gunman created on 9 February 2018 which implied he intended to carry out the attack in August around the time of Eid al-Adha, the Muslim festival which marks the end of the annual pilgrimage to Makkah.

"When we asked the individual about this, he confirmed that he had it in mind to launch an attack in Dunedin during this period because of the significance of the date in the Islamic calendar.

"This plan for a terrorist attack in August 2019 was abandoned for several reasons, one of which was that by at least early 2019 he was running out of money," the report said.

A 'to do' list in July 2018 indicated he had not yet finalised the locations of his terror attack, according to the report.

It also showed he considered asking his sister for a loan, but instead asked her to increase the frequency of her payment of his share of rent from their joint rental property.

He later told the Royal Commission he had researched Masjid in Australia, Europe and New Zealand and obtained layout details.

"For practical and tactical reasons, he settled on the South Island as the appropriate location for his terrorist attack," the report said.

The final document created in January 2019 set out his final plan before the attack and included cleaning his house and preparing his manifesto for release.

It set out his plan to attack Masjid an-Nur, followed by the Linwood Islamic Centre and noted the Ashburton Masjid as a potential third target but he did not anticipate reaching it.

"Leaving aside the fact that 15 March 2019 was a Friday (the day of congregation), the individual was not prepared to tell us what the significance of the day was," the report said.

In January 2019, the gunman drove to Christchurch via Ashburton and an email he sent to himself, obtained by the police, showed he noted an address on the other side of the road from the Ashburton Masjid.

"He confirmed to us that this was a reconnaissance exercise," the report said.

The Royal Commission found no evidence the gunman flew a drone in the vicinity of the Ashburton Masjid in early 2019.

On the same day, he flew a drone over the Masjid an-Nur in Deans Avenue and recorded an aerial view of the grounds and buildings, the report said.

He then flew the drone back over the mosque and focused on the entry and exit doors, as well as the alleyway where he later parked his car on 15 March 2019.

Two months after the attack, a member of the public reported seeing a small drone flying the length of Masjid an-Nur, but they couldn't see who was flying it.

"He played down the significance of the person who saw and remembered the flight.

"He also played down the likelihood of someone seeing what he was doing and recording the registration of his car, noting that drones are commonplace now and it was unlikely to be noticed.

"We saw this as another aspect of his reluctance to acknowledge lapses in his operational security," the report said.

The gunman made four basic incendiary devices and carried them in his car on 15 March 2019.

The devices consisted of four 10-litre containers filled with petrol, with lighters and cans of accelerant duct-taped to their sides.

After the attack, the mass murderer told police he planned on using the devices to set fire to the mosque, but had not done so.

The Royal Commission said when it spoke to the gunman's property manager, the remembered a "chance" meeting with him in early 2019 at a hardware store and noticed four petrol containers in his trolley.

"The individual said he was going hunting in a remote area with no petrol stations and needed to have enough fuel in reserve to make sure he could get back.

"It is likely these were the same petrol containers the individual had on the day of the terrorist attack," the report said.

In July 2018, the gunman injured his right eye and thigh in a firearms accident and was treated at Dunedin Hospital.

He told the Emergency Department Registrar the injury was caused by a round of ammunition exploding while he was cleaning a rifle barrel before being treated, the report states.

During treatment, several hospital departments were consulted and he was discharged five and a half hours after he arrived, it said.

The Emergency Department Registrar did not notify the police about the gunman's injury or about the firearm accident.

While the gunman was in the hospital, the report states, his landlord rang him about property maintenance and he explained he had accidentally discharged a firearm while cleaning it in the lounge.

The landlord went to the property to fix the bullet hole, which was about 7mm in diameter.

The gunman told the Royal Commission at the time of the accident he was worried the shot might have been heard and reported to police.

"He told us that he also weighed up whether he should seek medical treatment, but his concerns about his eyesight outweighed his reluctance to bring himself to official notice.

"So, he went to the emergency department but with a prepared explanation," the report said.

The Australian national was born in Grafton, New South Wales and had few childhood friends.

The gunman expressed racist ideas from an "early age", the report said, and was also an avid internet user and online gamer.

One instance noted in the report, is when the gunman referred to his mother's then-partner's Aboriginal ancestry.

"He was twice dealt with by one of his high school teachers, who was also the Anti-Racism Contact Officer, in respect of anti-Semitism.

"This teacher described the individual as disengaged in class to the point of quiet arrogance, but also well-read and knowledgeable, particularly on certain topics such as the Second World War," the report said.

The inquiry states his upbringing was marked by a number of stressors, including his parents' separation and his mother's subsequent abusive relationship.

His father developed cancer, caused by exposure to asbestos, and died by suicide in 2010.

Prior to this, his father settled a claim for damages relating to exposure to asbestos and gave a portion of that to each of his two children.

The mass-murderer used this money to live off, after leaving his job as a personal trainer in 2012 and eventually spent it on extensive travel around the world.

He described himself to the Commissioners as an introvert and "he had suffered from social anxiety since childhood and found socialising with others stressful," the report said.

The gunman planned to move to New Zealand by the end of 2017 and wanted to take up shooting.

In an email sent to the Bruce Rifle Club near Dunedin obtained by the inquiry, he inquired if it was still operating and indicated his intention of moving to the city later that year.

He booked flights to New Zealand in February and arrived in Dunedin on 20 August 2017.

"We see these activities as the first manifestations of his terrorist intent," the report states.

When the gunman arrived in New Zealand, "it was with a fully-developed terrorist ideology based on his adoption of the Great Replacement theory and his associated beliefs that immigration, particularly by Muslim migrants, into Western countries is an existential threat to Western society and that the appropriate response (at least for him) was violence," it reads.

On 1 September 2017, the mass murderer started to apply for a firearms licence - just 15 days after he arrived in New Zealand.

"From that time on, his primary focus in life was planning and preparing for his terrorist attack.

"For the more than 18 months he lived in New Zealand preparing for the terrorist attack, he remained resolutely focused, attempting to maintain operational security from which there were only limited lapses," the report said.

The Royal Commission interviewed Brenton Tarrant, his family and associates, as well as police staff and other officials as part of its inquiry.

As part of their investigation, Commissioners Jacqui Caine and Sir William Young interviewed the terrorist in private at Paremoremo prison in Auckland.

The interview itself has been permanently suppressed by the Royal Commission, as it would reveal the methods he used to conceal his attack preparations.

During the interview, the report states, some of his responses to questions were "limited, and on occasion, non-existent".

"We have distinct reservations about, and in some instances do not believe, aspects of what he told us.

"That said, much of what he said was credible, for instance his explanations of certain documents he created. More generally it provided insights into his activities and thinking, sometimes in ways he did not intend," the report said.