Former Cadbury factory workers have taken a last tour of the building before it is demolished to make way for the new Dunedin Hospital. 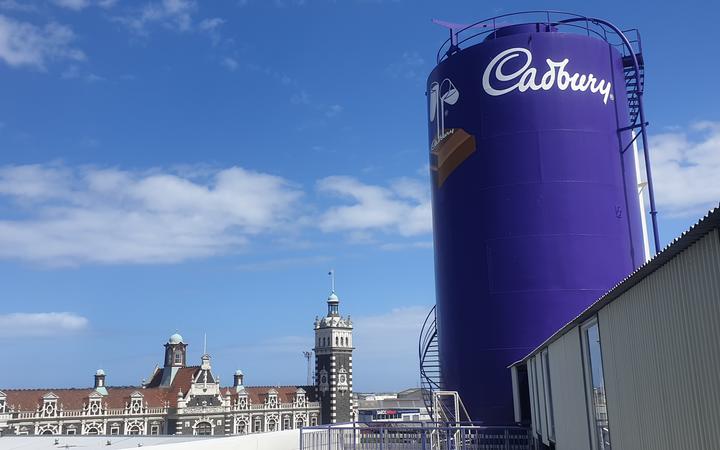 Hundreds of staff were made redundant when Cadbury's Dunedin chocolate factory closed its doors in March, 2018.

The factory opened again briefly yesterday for hundreds of visitors to take a last look before the building is demolished to make way for the new Dunedin Hospital build.

Megan Fairley worked at the factory for 17 years and loved her job as a front-line leader, saying other staff members were like family.

She was made redundant, and is now the leader of the Farewell Tours which attracted hundreds of people to explore the factory for the last time.

"We know it's not for everyone, but it's closure to the staff because it's really hurt the staff. I hear the public turn around and crying and saying 'I don't eat Cadbury anymore, I eat Whittakers'. But underneath all that, there's people that are hurting and when it comes to redundancy or mental illness, they need connection," Fairley said. 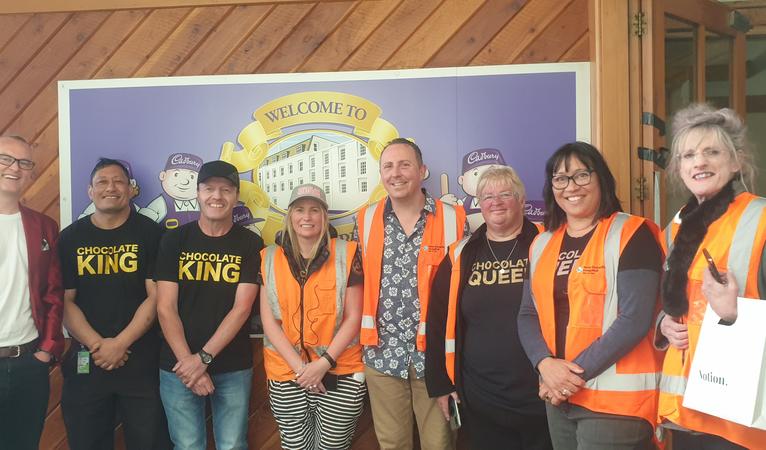 Fairley has struggled since her redundancy - she has suffered from depression, said she had been bullied at the first of two businesses she set up, and was made redundant earlier this year from a job that paid the bills.

Her partner, who was a long time Cadbury worker, also lost all of his retirement savings to former financial advisor Barry Kloogh, who pleaded guilty to fraud charges in March.

"The culture just was so amazing and I think - for me - that was hurt by other people outside of the whole Cadburys with building a business and being bullied and having nasty treatment and being disrespected. It made this culture actually stand out even more and that was what was so special about it, that the culture is the hope and the hope keeps you going."

Marty Hosking spent half of his life - almost 24 years - at the factory after walking in off the street while job searching on the dole.

He volunteered on the tours day.

"I started sliding downhill. The 'D' word - depression - it kicked in and I was like there for about a year and a half, but then I snapped out of it. I had to, you know, you've got to pick yourself up and carry on," Hosking said.

"But, yeah, that really affected me mentally so I'm really glad I came here to volunteer and help out." 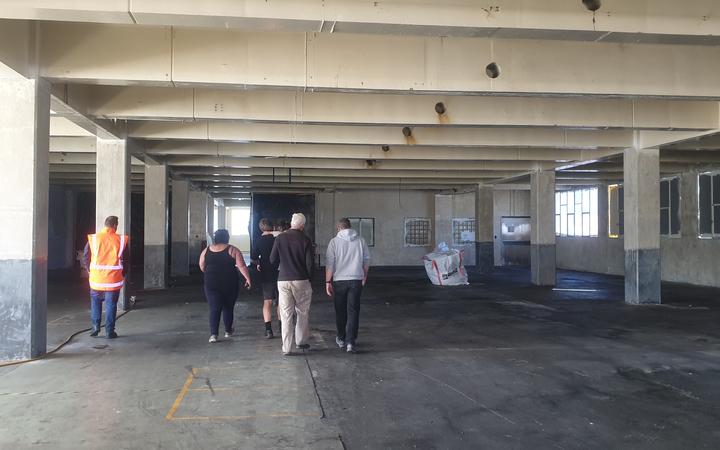 While it was gut-wrenching to leave the factory for the last time, he was also glad it would be demolished to make way for the new Dunedin hospital.

Rob McColl started out as a registered nurse at the local hospital before shifting into the Cadbury factory to work in its downstairs health clinic for two years.

"Twenty-five years later, I'm back at Cadbury pulling it down to build a hospital so I just feel like my life's sort of a bit cyclic."

One of the purple factory's attractions was the river of chocolate, housed in the iconic purple silo, but one former employee remembers a few hiccups at the start.

"When they first ran it, the chocolate solidified before the bottom. This is two days before they started so they did a mad dash out to the local Harvey Norman or wherever, bought a whole heap of heaters - bar heaters - and put them around to keep the chocolate hot enough. It worked for the moment until they figured it out." 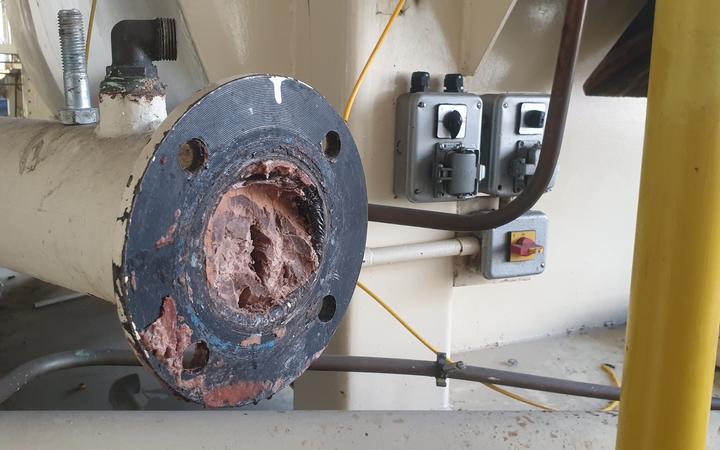 The fourth floor is cordoned off for asbestos removal while other floors have been stripped of the lead paint lining their walls. Debris and dirt now litters the floor, with plastic tape warning people about asbestos or danger.

One floor is half filled with machines, but McColl said that was not all that had been left behind.

"They basically just turned everything off and left and you can see all of the pipes were left filled with chocolate. You can tell the blue's the white chocolate."

For nearly 17 years, Donna Bouma worked at the factory, finishing her time as a redundancy support co-ordinator.

"You know, people have moved on with their lives now and have got jobs. Probably not the jobs they would like, they would have loved to have still been here."

Former leading hand Liz Wallace was nostalgic while walking through the factory she'd worked in for 15 years.

"I mean she was a grand old girl, but I'm really glad it's going to be repurposed for something that Dunedin really needs as well." 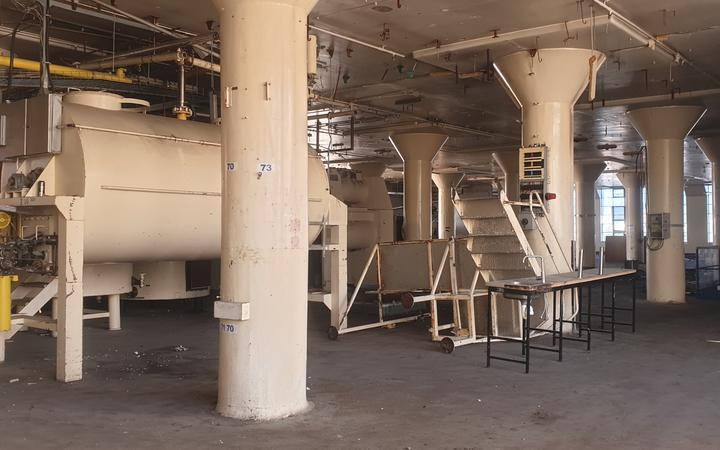 David Bettis is another staffer who returned for the Farewell Tours. He was sponsored by Cadbury to move here from the UK in 2010 to be an electrical supervisor.

"When we left it was quite a rush thing as you can imagine. We didn't get a chance to walk around and say goodbye to people. It was just a 'we all finish tomorrow' and that was it. It's good to say goodbye to the place one last time."

He now teaches the next generation of electricians at the local polytech after Cadbury supported him to study there.

Funds raised from the tours will go towards charity I Am Hope which supports young people struggling with their mental health.