The state of emergency in Napier has been lifted tonight after floods ravaged the city earlier this week. 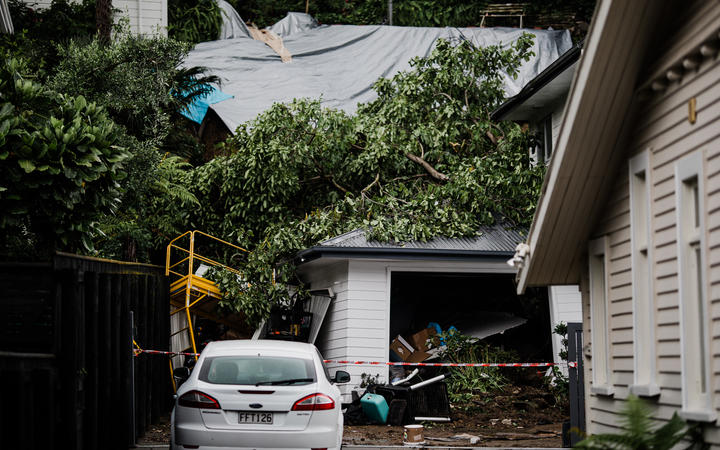 At a media briefing in Napier this afternoon, mayor Kirsten Wise confirmed the end of the state of emergency.

Civil Defence said just over 100 homes had been deemed uninhabitable, out of a total 449 properties assessed so far.

Henry Hill School in Onekawa was one place that was severely damaged.

Principal Jason Williams said he came out of a two-hour meeting after school to find the water was up to his knees.

"The board chairperson and myself jumped in her car, drove around the corner and our car stopped.

"The water was coming up so fast and we were actually floating in the road that if we didn't get out of the car right then and there we were breaking the windows and jumping out of the windows to get out, it was that kind of intense.

"So we both walked to the end of our street and went our separate ways and said we'd text each other when we got home if our phones were working.

"I've literally got a brisk five-minute walk home, it felt like a three-hour trek. Water was up to my waist, as every car came past or floated past, waves were splashing me in the face, it was pretty intense. It was like stuff you see in TV, movies, on the news." 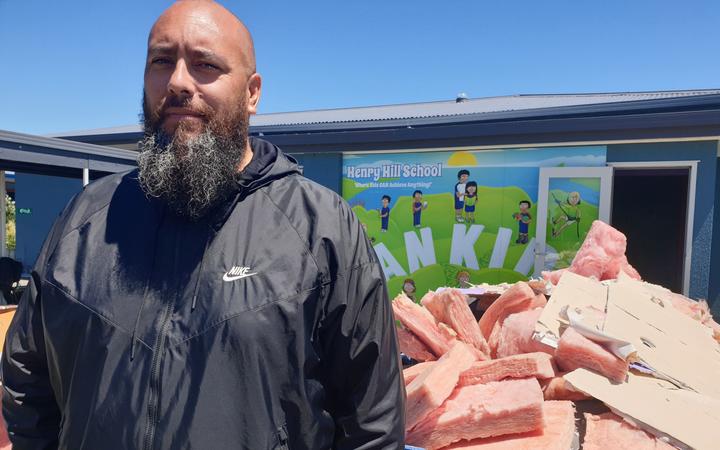 Principal Jason Williams says water was up to his waist as he tried to navigate his way from school to his home. Photo: RNZ / Tom Kitchin

Today there were dozens of people helping Henry Hill School staff and students clean up the damage.

Until yesterday afternoon, Williams thought the school would be closed for the rest of the year but it is due to reopen on Monday.

"We have half the school, so we'll use that half, so we're going to be squashed and crammed in, but we need the kids back here."

"We've completed a total of 449 assessments, there are 102 dwellings which are not habitable, and of those 24 are significantly damaged. We also have 34 non-habitable buildings up on the hill. The rest of the non-habitable are in Pirimai, Maraenui, Marewa and a small number in Taradale."

Food parcels on their way

Meanwhile, hundreds of people affected by the floods are getting food parcels delivered by local iwi volunteers.

A makeshift depot set up at Greenmeadows East Community Hall yesterday is now packed with donations from supermarkets, food producers, schools and other organisations.

Te Whanganui A Orotu chair Hōri Reti said manawhenua were working with Civil Defence, the city council and the Ministry for Social Development to prioritise those in need. 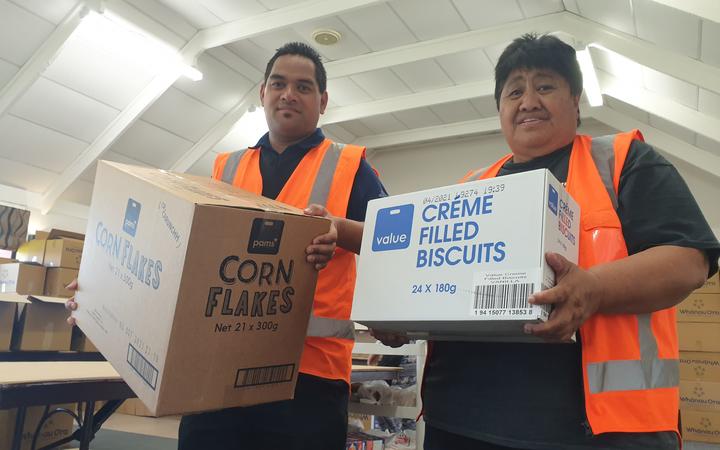 "We'll be delivering the food to the homes ... the last thing that they need is to worry about having to go out of their way to go grab something that is a necessity to them at this time."

Reti said the iwi also has teams on the ground at affected schools and in the community, working to clean up flood damage.

"Cleaning up the properties will be the next task, but certainly we're here to nurture the wellbeing and welfare of the families.

"We're worried about the stress levels and anxiety that's happening at the moment."

The government granted Napier $100,000 for its mayoral disaster relief fund.

Wise said applications for the fund would likely open next week.

"The fund is for essential items of daily life such as food, clothing and other personal items, not covered by insurance or other funds."

She thanked residents in her city for banding together in the wake of the flood, and hoped they were ready for a big community clean up tomorrow.

"There's been so many offers of help from all over the city, and I think you'll see that tomorrow will be pretty amazing and just everybody pulling together and supporting those that have been impacted by this.

"It makes me proud to be mayor of this city, that's for sure." 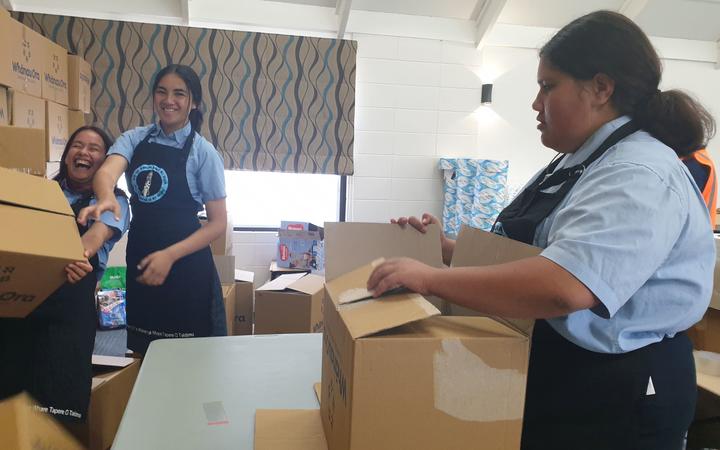 The organisers of the foodbank. Photo: RNZ / Tom Kitchin

Emergency management minister Kiritapu Allan returned to Napier this afternoon, and will be in the city tomorrow to pitch in with the cleanup.

Napier residents who have flood damaged goods can leave them on the kerb for pickup tomorrow from 10am.

Are you affected by the flood?