By Sam Wicks for ABC

As the lead singer for Shihad, Jon Toogood won plenty of fans by wearing his anti-authoritarianism on his sleeve. 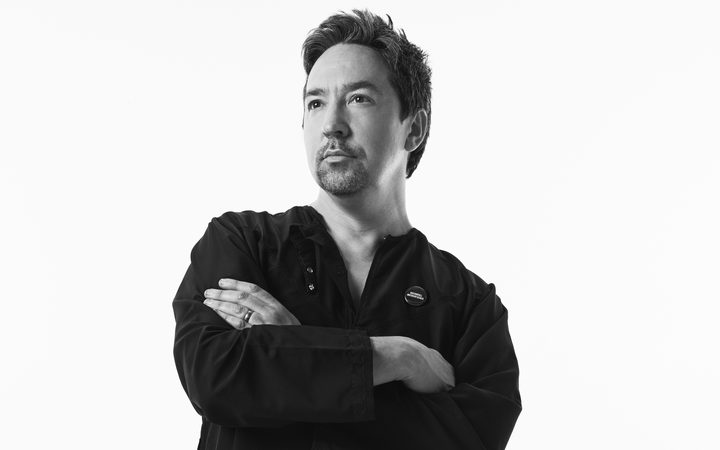 "I was a staunch atheist ... I was under the impression that all people who believed in religion were suckers," he said.

In time, two terrorist attacks separated by decades would challenge him to wrestle with everything he held true, from family to faith.

Rewind to 1988: two heavy metal-obsessed teens in Wellington are firing up a VHS tape. It's David Lynch's adaptation of the sci-fi novel Dune, and Jon Toogood and Tom Larkin are glued to the screen.

The film builds to an epic battle scene called the 'Jihad', taken from the Arabic word for struggle. Mistaking 'Jihad' for 'Shihad', the two mates decide it's the perfect name to headline their rock ambitions.

Fast-forward to early in the new millennium and the friends are now long-standing bandmates.

Shihad have released four critically acclaimed albums, played to audiences around the world, and won influential support from bands such as Metallica and Faith No More.

Those hard yards earned them the opportunity to record a big-budget album in Los Angeles, and the band believed it had a good chance of cracking the all-important American market.

Then 9/11 happened, changing the course of the world - and the band's history. 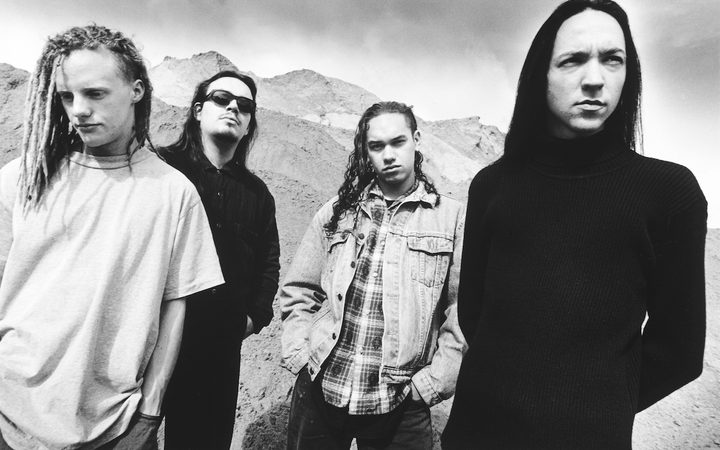 Shihad, pictured in 1995, took their name from a misheard line in the film adaptation of Dune. Photo: Supplied

Toogood found himself in a hotel room watching the breaking news that filled every television station.

"Tom's going, 'Turn on the television, World War Three's started!'" Toogood recalled of the terrorist attack on the Twin Towers in New York.

He said the band soon learned what it would mean for their future.

As the US national discourse descended into President George W Bush's 'either you are with us, or you are with the terrorists' ultimatum, Toogood's worst fears were realised.

"We started realising, our name's a bit like calling yourself 'Death to America'."

Having fought for 15 years to release a record in America, Shihad decided they had to change their band name.

They reintroduced themselves as Pacifier, the title of one of their biggest songs.

"It was tongue in cheek," he admitted.

"But it's a terrible name for a band. Pacifier, what is that, a dummy?"

The group released the album as Pacifier, but their fanatical fan base dismissed the band's name change as selling out.

Confronted with an ever-present 'Shihad' chant at shows, the band eventually reclaimed its original moniker.

While Shihad stayed tight, Toogood's marriage fell apart. He steadied himself with new ventures, including a side project with a controversy-free name: The Adults.

At an afterparty for a songwriting workshop, he introduced himself to a Sudanese student.

"Her name was Dana. She had a headscarf on, so I thought she might be Muslim," he said.

"And it was one of those moments in your life where you just go, 'oh, there you are'." 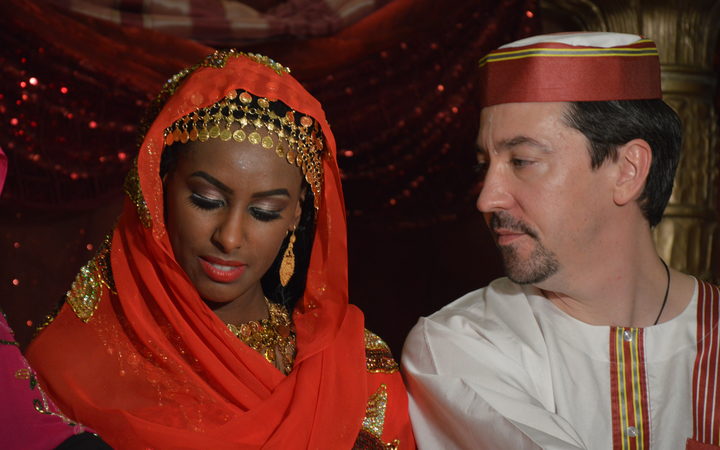 He had spent his music career giving voice to issues of identity, but he'd never had to question his belief system in the way his new relationship demanded.

"I remember I said to her, 'So you're telling me that if I want to marry you' - which she was very taken aback by - 'I have to convert to Islam?' And she went, 'Well, yeah.'

"I have to question my whole belief system here."

Taking a leap of faith

What followed was a period of intense self-reflection. He consulted his father, Muslim converts, and, most crucially, Dana herself.

"There was something beautiful about [Islam] because she was beautiful to me. So therefore, it was her that made me go, 'There's got to be something to this.'

For a time, Toogood's conversion remained something known only to family, friends and close colleagues in the music industry.

This privacy contrasted with the very public platform he'd previously used to amplify his views on organised religion. 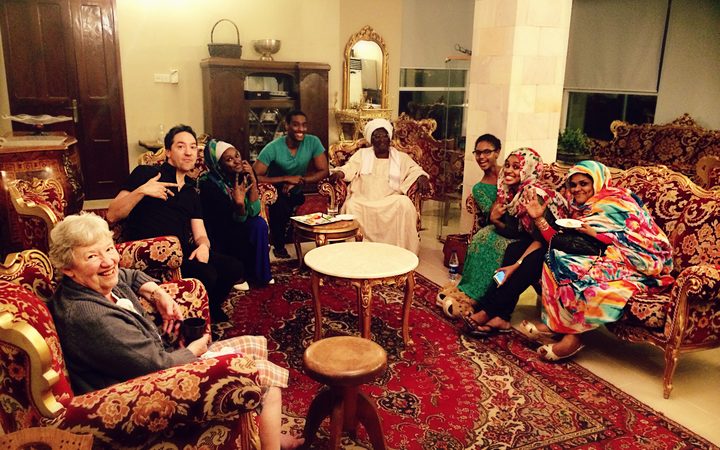 Jon Toogood with his mum and Dana's family Photo: courtesy of Jon Toogood

When he and Dana were ready to talk to media, they chose a New Zealand magazine to carry the story. But when news of Sydney's Lindt Cafe siege broke, he asked for the piece to be pulled.

With events outside his control once again forcing his hand, Toogood kept his religion a personal matter.

He continued to extend himself beyond Shihad, writing a thesis on the music of the Sudanese culture he'd married into, and started a sideline as a teacher.

Between classes on 15 March 2019, Toogood saw that his newsfeed was saturated with reports of another shocking terrorist attack: a shooting inside Christchurch's Masjid Al Noor mosque.

"I just remember being so violently sad and angry, and extremely angry that that poison had finally seeped down into the country that I grew up in, that I loved.

"At that point I thought, finally, this is the environment ... If there's ever going to be a time to talk about my conversion, it's going to be now." 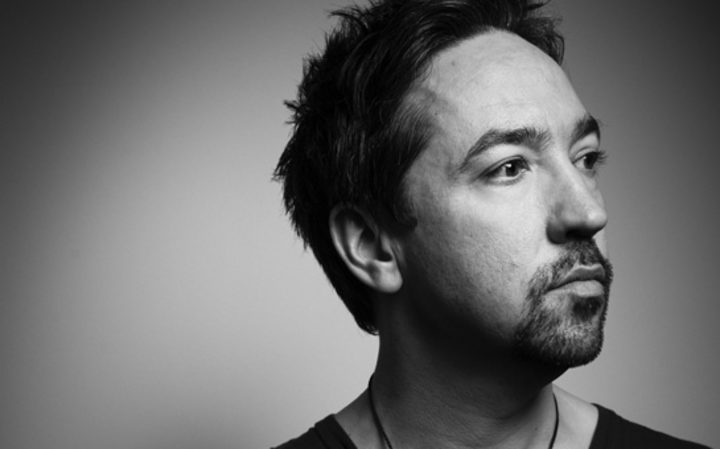 Just one month after the shooting, New Zealand music rallied behind the Muslim community with the You Are Us fundraiser at Christchurch Stadium, featuring a local line-up that included Lorde and Marlon Williams.

Shihad and The Adults were both on the bill, and Toogood arrived in Christchurch the day before the concert.

In the week prior, he'd told the story of his conversion to a New Zealand newspaper, and Shihad's headlining spot would be their first since Toogood made his faith public.

But before he joined his bandmates, he had an important pilgrimage to make.

"The people from the [Al Noor] mosque took me right to the front," he said.

"Part of the prayer is a movement called Sujud, where you touch your head to the ground. And it wasn't till I did that I realised, this floor is covered in cardboard.

"And the reason it's covered in cardboard is because underneath is just blood; 51 people had been murdered in this room.

"And it was that point I burst into tears ... I was just overcome with the grief of being in that room.

"I had gone there to offer my support, to wrap my arms around them, and they ended up consoling me." 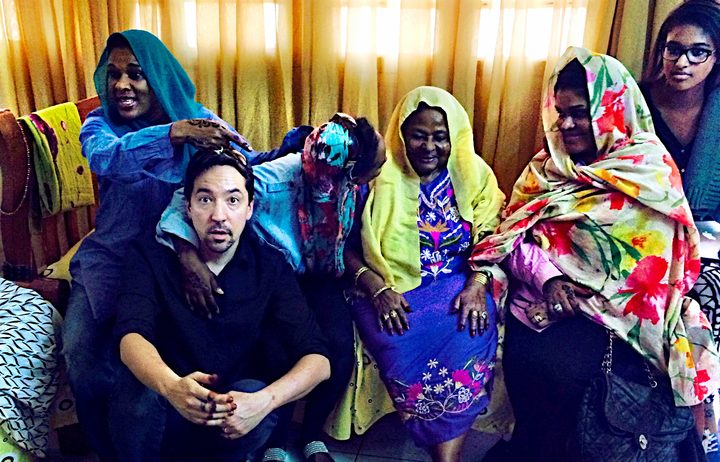 The next night, Toogood was preparing to front up to the crowd gathered at Christchurch Stadium when drummer Tom Larkin asked him what he was going to say to meet the moment.

"I hadn't even thought about that," Toogood said. "We were going to play Pacifier, which is a song of hope and strength. And then we were going to finish with Home Again ... a song about home.

"And it was the thing that came to me, and I think I said, 'Home is not a place; it's the people that make home.'

"I just wanted to make sure that it wasn't about me being on stage. It was about everybody in that stadium realising that that's not the world we want to live in, what happened at Al Noor mosque.

"People who are trying to separate us - it's all a farce, it's not real.

"I know from first-hand experience that one of the best humans I've ever met happened to be Muslim. So that proves your theory of Muslims being angry and insular completely wrong. I know it for a fact. I've lived it."