The Salvation Army is appalled by the majority vote for the euthanasia referendum, saying people will die unnecessarily because of it.

The preliminary results show more than 65 percent of the public voting in favour of the law.

Lynette Hutson from the church organisation said the most vulnerable people in society would feel pressure not to burden their families and would choose to end their lives unnecessarily.

"We would really be sorry to see people feeling that they are a burden, and need to make that decision really quickly.

"Whereas [if people were] given time to think, given time to hear from others who say 'no, there are other choices for you' [it] would make a difference."

Hutson said the government must increase funding for end-of-life care so people felt supported and not pressured into euthanasia.

She said the government must close what she believes are loopholes in the legislation.

She said there are not enough safeguards, including an inadequate "cooling off period", no independent witnesses, or checks to ensure people don't feel pressured.

"The devil is in the detail, how the regulations are put in place around this and how more safeguards are built in.

"Because at the moment it certainly doesn't look like there are enough safeguards for those who are vulnerable."

Doctors say extreme care must be taken in setting up and administering the system in which euthanasia will be carried out in this country. 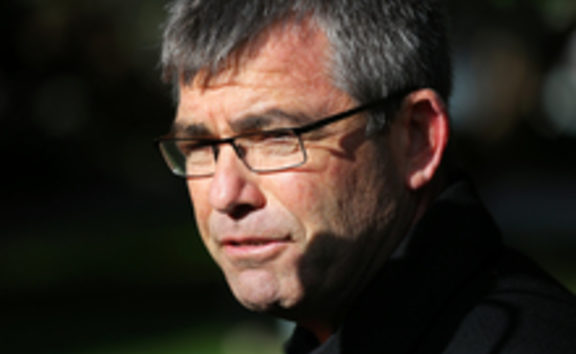 Family First say the success of the assisted dying bill will put some vulnerable people at risk.

Spokesperson Bob McCoskrie said support for the law change lowered as the debate went on.

He said many people did not realise there is an amount of choice people have in their latter days, such as turning off life support, refusing treatment, upping pain management, and do -not-resuscitate orders.

Meanwhile, a top QC said the law legalising euthanasia is shrouded in so much secrecy it will be difficult to know if anyone has been pressured into ending their life.

Auckland barrister Grant Illingworth said two doctors must sign off on someone's request to die, but there is no requirement for them to ensure that the person has not been pressured.

"The processes under the act are shrouded in confidentiality and secrecy so nobody is ever really going to know whether people have been bullied or pressured or whether something has gone wrong in the process.

"It's a confidential process, it's surrounded by secrecy so how do we know?"

He said the regulations fail to require doctors to satisfy themselves there's no coercion of a patient.

The chair of Risky Law New Zealand said the law will compromise the capacity of doctors to show undivided care and compassion to patients.

Dr Peter Thirkell said the lack of safeguards remains a big concern, particularly where patients already feel a burden to others.

The group is calling on the government to fully fund palliative and hospice services so that intentionally killing some people in vulnerable circumstances becomes unnecessary.

The president of the Royal College of General Practitioners, Dr Samantha Murton, said her organisation took a neutral stance on the euthanasia issue and doctors have a range of views.

She said it would help its members understand their legal obligations and the system must be easy to follow.

"How the process is going to work needs to be very obvious and very formatted so that people are very clear about what they can choose.

"It needs to be very clear for patients about who is eligible and who is not.

"I think there needs to be clarity for both the population and then also for practitioners who may be asked and then a very clear process for how that can work."

Final results for the euthanasia and cannabis referendums are due next Friday.