Ports of Auckland is demanding that foreign crew flying in to work on international ships must go into managed isolation for two weeks.

This is despite the government saying it has no plans to make crew do 14 days' quarantine because it would deter vessels from coming here.

But the port has written to shipping agents saying the country's latest Covid-19 outbreak involving a local marine engineer and two colleagues has identified significant failings.

Two of the three cases worked on the Sofrana Surville while it was docked in Auckland and eight crew flew in from the Philippines. 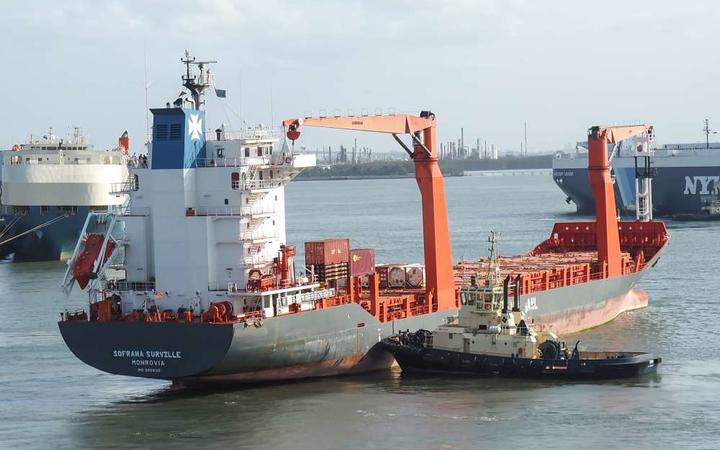 The port now says foreign crew must stay in a managed isolation hotel first and return a negative Covid test.

The rules apply regardless of whether the ship is departing for overseas or visiting other New Zealand ports.

The Port of Tauranga is understood to be adopting the same approach.

With regards to shipping crew who come ashore only to transfer in about three days, Hipkins said they would not need quarantine, or the other option might be for them to not come to New Zealand at all and do crew transfers elsewhere.

"Maybe we would end up losing some of the valuable passage that we get through having those boats come to New Zealand," Hipkins said.

The government was looking as testing crew even if they were here overnight.

"That helps with our track and trace efforts if there are any further outbreaks in New Zealand. That's something we'd be looking to do fairly quickly."