The head of Tourism New Zealand has resigned to join one of the country's largest tourism and ski companies. 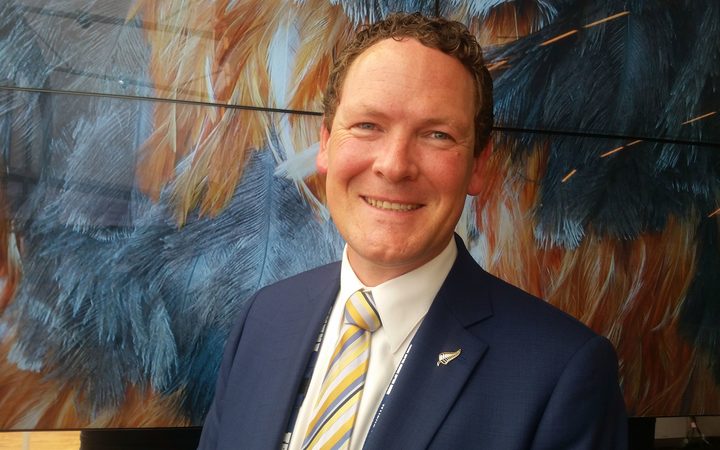 Stephen England-Hall has been with the organisation since March 2017.

Today he confirmed he will be relocating to Queenstown after stepping down in January to take the top role at Wayfare later that month.

"Tourism will play a crucial role in our nation's recovery and future prosperity and I believe Wayfare can be a leader in making this happen," England-Hall said in a statement.

"I am pleased to be staying in the tourism family to continue supporting the sector.

"Tourism New Zealand is in a fantastic space with a firm focus on encouraging domestic visitation to support New Zealand's recovery, keeping the brand alive internationally for the return of overseas visitors while ensuring that tourism gives back more than it takes to Aotearoa and its people."

"From day one Stephen has advocated for a tourism sector that gave back more than it takes to our people and communities and has played a leading role working alongside government and other agencies on ways to achieve this," he said in a statement.

"As we continue to face Covid-19 challenges, it's an incredibly important time to continue our work to encourage domestic visitation and support the industry so we will be recruiting for a new chief executive immediately."

Its chair Jim Boult said the board was delighted to welcome Stephen England-Hall on board as the new chief executive.

"Mr England-Hall brings with him a wealth of tourism industry knowledge and deep understanding of both the domestic and international markets that will be invaluable in these extraordinary times," he said in a statement.

He previously led the Loyalty NZ, which is the company behind Flybuys and the analytics business LAB360.

"We are especially excited by Stephen's expertise in the digital world. His hands-on experience in what it means to be a digitally enabled consumer business will be vital to the 'new normal' for Wayfare," Boult said.