South Canterbury and North Otago farmers are concerned they are on the precipice of a drought. 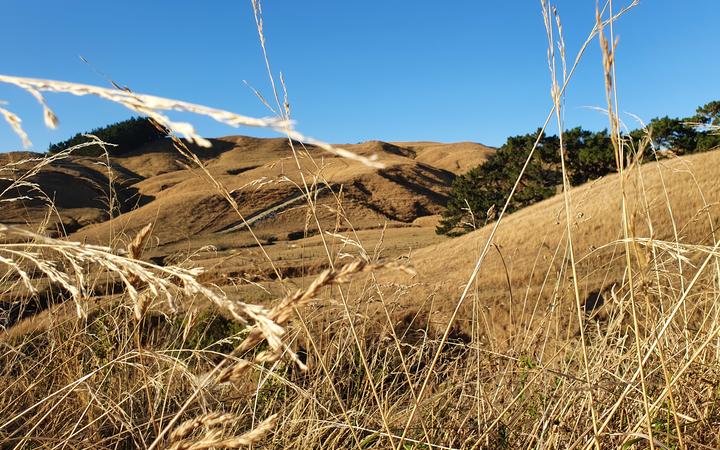 NIWA's latest hotspot report showed the driest soils in the South Island and both winter and spring had so far failed to deliver meaningful rain.

The Ministry for Primary Industries said the Waimate and Waitaki districts had received little rain since autumn and pasture covers are low for this time of year.

Meetings had been held with farmers to discuss drought management strategies, share information and offer support, he said.

"They were in Kurow last night and Waihaorunga last Thursday and were organised by the local Dry Monitoring Group. The group is made up of farmers and representatives from MPI, Beef + Lamb New Zealand, Federated Farmers, DairyNZ and the Rural Support Trust."

Federated Farmer's South Canterbury president, Jason Grant, said farmers hoped decent rainfall between now and Christmas would turn the situation around. He said if that didn't happen, summer would be very challenging.

"We've had one of the driest winters on record and we're always hoping for those spring rains to come through and get us back on track but they just haven't really eventuated."

NIWA meteorologist Chris Brandolino said the dry theme has been troublesome and there's more to come.

"Rainfall will be normal or below normal for the rest of the year for the South Island, except for the West coast which will be below normal. We really need rain from the heavens to get into the ground, because that limits the irrigation but also replenishes the streams and rivers so that there is water there."

Grant said with the dry weather hitting so early, farmers were missing the chance to build up feed reserves.

"People normally try and grow a bit of a surplus at this time of the year just so they can make those feed reserves."

Waimate Mayor Craig Rowley said it was tough for the community.

"A drought can be quite devastating, we are an agriculture support town so we rely on our farmers in the district."

He said it was "quite unusual".

"If you drive through the town, it looks green and lush but as soon as you get into those foothills it is very dry, so it will have an effect on a large number of farmers in the area."

A range of support services are available to help farmers complete a feed budget or source alternative feed. They include a feed planning service run by Beef + Lamb New Zealand and DairyNZ and MPI's feed coordination service.