Mars and Earth will be at their nearest point on 14 October and won't get that close again until 2035. 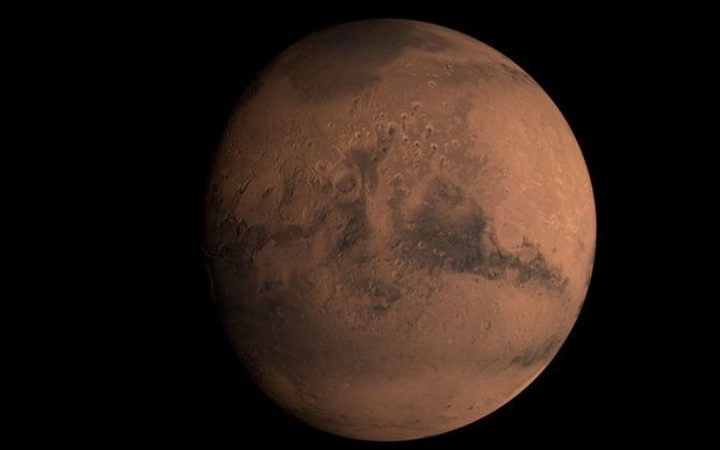 Mars will be directly on the opposite side of Earth from the Sun on 14 October, an event that occurs every two years Photo: 123RF

According to NASA, Mars will be directly on the opposite side of Earth from the Sun, an event that occurs every two years.

The event, known as opposition, also coincides with when Mars and Earth come closest in their orbits, making the Red Planet incredibly bright in the night sky.

Space scientist and astronomer Duncan Steel said Mars will be hard to miss in the night sky, even for those without the use of binoculars or a telescope.

"It's the brightest thing in the eastern sky after the sun has set.

"Mars is currently rising at about 8pm in the evening, it will be progressively getting a bit earlier so in a week's time it will be rising at about 7.30pm. It's in the constellation Pisces if you know your stars... you really can't miss it, it's kind of salmon pink looking bright object in the eastern sky, gradually rising moving more towards the north east and it will be visible right the way through the evening, it doesn't set... until after the sun has risen in the morning.

"Even if you don't have a telescope or a pair of binoculars, a lot of people with good eye sight can see that is indeed a disk, it isn't a single point of light like a star ... and if you look at it through a small telescope or a pair of binoculars you may be able to see the southern polar cap which is ice, it's just a great thing to see," he said.

Steel said Mars will be bright in the night sky for at least a few weeks.

"Right through at least until the end of November you've got the opportunity (to see it), so please don't be disappointed because it's cloudy tonight, or tomorrow night, or even the whole of the next week, you'll get other chances.

"Even if you walk along the street and look up into the eastern sky in the evening you'll be able to see Mars."

Steel said there are currently three probes heading to Mars that are due to arrive in February to study the red planet.

The three probes, from the US, China and the UAE, were launched in July to coincide with the close proximity of Mars to Earth.