Auckland businesses are placing high hopes on the move to alert level 1 after being hit hard by a second lockdown. 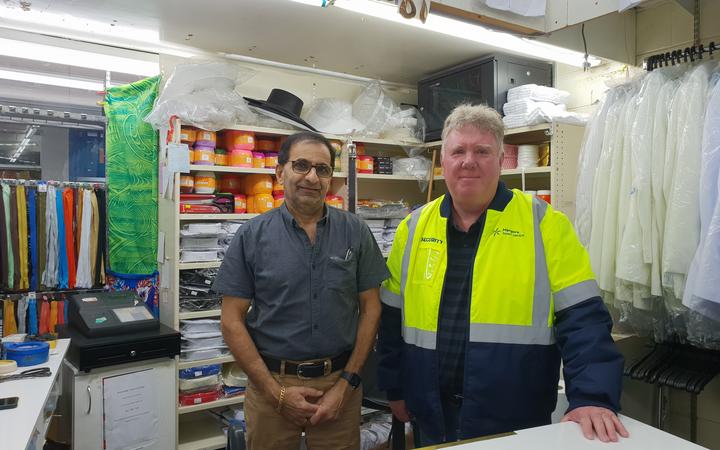 With restrictions on social gatherings, physical distancing and face coverings now relaxed, firms hope the much-anticipated normality will bring a rush of customers.

Māngere in south Auckland was one of the neighbourhoods most affected by the second Covid-19 outbreak.

The owner of local clothing store Pacific Fashions, Vinod Kumar, said it was the worst trade he's seen in 29 years.

"Since we opened up the lockdown, things were moving very slowly because most of the communities, big communities, the churches, they've not been operating, and that really hurts our business."

Kumar said retailers had missed all the main selling times including Easter, Mother's Day and Father's Day. He is pinning his comeback hopes on Samoan White Sunday this weekend, a tradition celebrating childhood.

"We hope things should improve gradually .. it will be maybe a slow start, but looking forward to the next few months towards Christmas."

Jiten Lal, who runs Jit Shoes, said his business had been even slower than in the first lockdown.

To increase revenue he is setting up a website to do business online. Nevertheless, he's also hopeful that the move to level 1 will boost trade.

"There should be more people around. In this level 2, I think people got a bit scared coming out, but looks like level 1 will be much better." 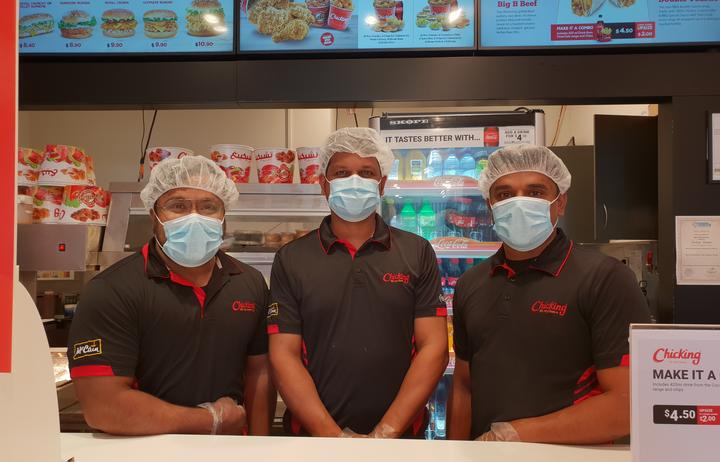 Alan Stani, duty manager at fried chicken store Chicking, said they were doing only takeaways and deliveries during level 3, and at level 2 still not many people chose to come in.

"We're really happy [at reaching level 1] because during lockdown we've lost lots of customers. We are expecting more customers to dine in," Stani said.

"Mostly we cater slightly to an older audience, and they've been staying home, and we've also seen the rise of online shopping.

"A lot more of the stores have launched their own websites and people have turned to the online - basically supermarkets and that kind of thing - as a first alternative now."

He said when daily zumba sessions and the Saturday market return, people should start to relax about being outdoors.

"We've still got all the hygiene [measures] in place. We've still got lots of sanitiser and masks, and we will try and encourage people to be as responsible as they can, but I think people will be feeling freer."

Chief executive of Heart of the City, Viv Beck, said spending was down about $100 million since Auckland went into alert level 3 in August compared with the same time a year before. She is hoping people will have an urge to spend.

"We do know that when we get back into level 1 the spending did increase last time. So domestic spending was tracking up positively at the time we went back down from level 1 last time, and we certainly hoping we can pick up where we left off again."

Beck said getting workers and visitors back into Auckland's city centre will make an enormous difference.

"This now opens up opportunities. Going ahead... we're getting into spring.

"We've got daylight saving. We're certainly hoping people are going to feel like getting out again, and we've got events coming up."

Beck said visitors to Auckland will be attracted by Artweek which starts this weekend, and 5G Race Zone - an America's Cup sailing simulation.

Michael Barnett, chief executive of the Auckland Business Chamber, said businesses will be able to operate at a more optimal level.

"In level 2, 75 percent of businesses in Auckland were operating around 60 to 65 percent.

"But in level 1, the same group is more likely to be operating at about 85 percent, so that's good for the economy and good for business."

Barnett also hopes the borders will be protected well to reduce the likelihood of another lockdown.

It has been 57 days since the city was moved into level 3 after a family of four tested positive for the virus on 11 August.

The cluster spread to become the country's largest, infecting 179 people and killing three. Its source remains a mystery.