A former church reverend with a long-time affiliation with Scouts can now be named as being accused of indecently assaulting teenage boys, linked to the Dilworth School investigation. 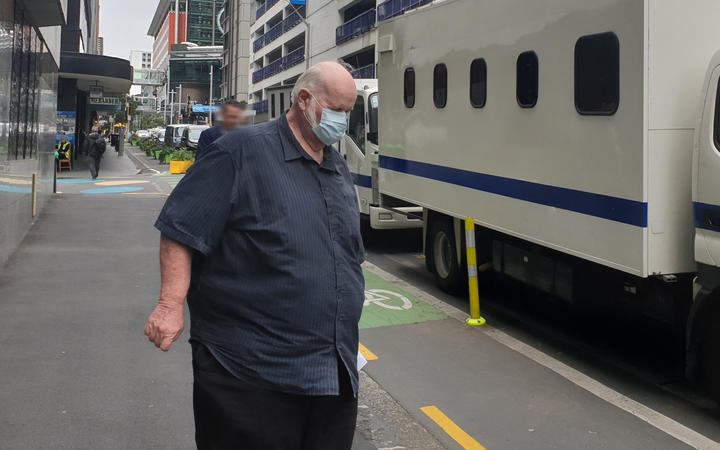 Ross Douglas Browne, 72, was until recently a reverend father, the Vicar of the Anglican Parish of Manurewa. He was also the director of a youth theatre production for 50 years until as recently as 2019.

In the Auckland District Court today, Browne pleaded not guilty to three charges of indecently assaulting a boy under 16 years old, dating back to the 1990s and early 2000s.

He also pleaded not guilty to inducing a boy under 12 years old to do an indecent act on him, alleged to have occurred in the mid-1990s. He did not apply for continued name suppression.

After the charges were laid, RNZ contacted his parish where an answerphone message that he voiced listed his name and number as the contact person to administer pastoral care.

Browne also ran a small radio station Radio Luke from Manurewa which had "input from youth and community sources".

He is one of seven men arrested in relation to allegations of historical sexual abuse at Auckland boys boarding school Dilworth.

A 73-year-old man with nine charges against him also appeared in court today and was granted name suppression. Three others who appeared yesterday will also keep their names secret for the time being.

In addition to Browne two other men linked to the Dilworth group of seven are able to be identified - they are Alister Grant Harlow and Ian Robert Wilson.

"We can confirm that Mr Browne ... was the long serving director of the Auckland Central Gang Show, a biannual Scout & Guide related musical theatre production. Mr Browne served in the role for 50 years until 2019. Mr Browne is no longer involved with Scouts," the statement said.

It said the show's community was "devastated by the allegations" and was being supported by Scouts New Zealand.

"With name suppression being lifted today we are now contacting and supporting the young people, parents and volunteers associated with the Gang show. We encourage anyone who has experienced abuse to contact the 0508 Scout Helpline. The 0508 Scout Helpline is staffed 24 hours a day, seven days a week.

"Our number one priority is providing a safe environment for our young people and an environment that parents can trust. Scouts New Zealand has a robust Child Safety Policy, which is updated regularly to ensure it remains best practice. Our policy includes protections such as zero tolerance for any doubtful behaviour, and no leader is allowed to be alone with a young person."

All seven of the accused have been remanded on bail and will reappear in court in late November.

All defendants face at least one charge of indecent assault. Other charges, which total more than 20 in total, include sexual violation, sexual exploitation, doing an indecent act and supplying Class A, B and C drugs.

Police have expanded their team investigating this after more than 70 members of the public phoned in with information once the initial charges were publicised.

Anyone else with information to urged to contact the police.