Workers at a supermarket near Nelson walked off the job this morning, after failed attempts to get a collective agreement or a living wage. 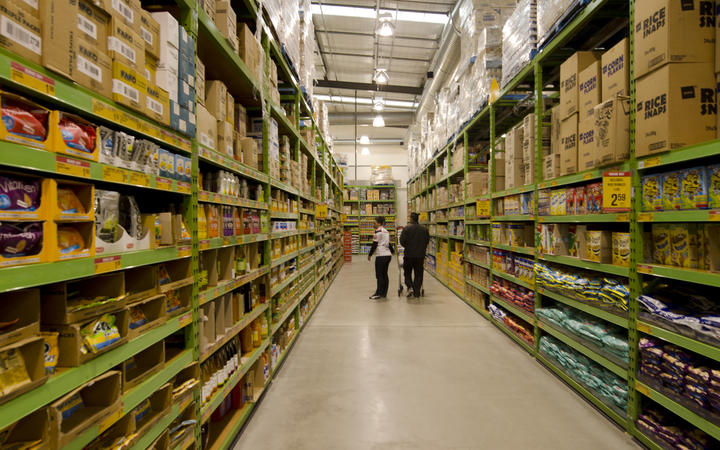 First Union said the industrial action followed efforts to get a collective agreement or a living wage for workers at Richmond Pak'nSave.

Organiser Ross Lampert said the latest offer was 40 cents above the minimum wage - currently $18.90 an hour.

Lampert said the lengthy impasse highlighted the difficulty for supermarket workers in negotiating fair wages and conditions with the South Island Foodstuffs Cooperative, when compared to their North Island counterparts.

"Members at Richmond Pak'nSave have been in negotiation for their first collective agreement for five years, which is an absurd amount of time to be underpaid, undervalued, and uncertain about your entitlements and conditions.

"Today, First Union members will be withdrawing their labour and walking off at different intervals throughout the day and engaging with customers about why they're on strike."

Lampert said it was shameful at a time when supermarkets were making huge profits.

"At a time when Countdown has gone to $21.15 an hour, for any worker that's been there for over a year, Pak'nSave is just not keeping up."

Pak'nSave stores were individually owned as franchises but in the South Island they were operated as part of the South Island Foodstuffs co-operative, which was distinct from its operations in the North Island.

The union had negotiated a considerable number of collective agreements with Foodstuffs stores in the North Island, which were re-negotiated on an annual basis.

Lampert said the store owner had agreed to mediated bargaining.

Richmond Pak'nSave owner Andrew Howard said mediation was being scheduled and that only one employee took part in a brief strike today.

He said management was engaged in good faith bargaining with First Union and had met them with the goal of concluding a collective agreement.

Howard said an offer was made to the union in August 2020, which the union bargaining representatives said had been put to the members.

"As we have stated previously, we continue to be respectful of the process which we don't believe should be done via the media and, as such, it is inappropriate to provide any further detail."