A maritime lawyer says there may be a legal argument for allowing foreign yachts into New Zealand when they can prove where they have been through electronic tracking. 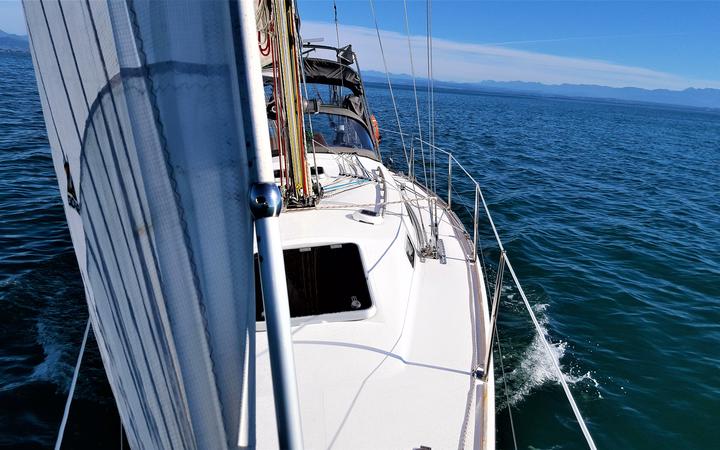 A maritime lawyer says there may be a legal argument for allowing foreign yachts to come to NZ if they can prove where they have been through electronic tracking. Photo: RNZ / Tracy Neal

But the Ministry of Health repeated that the border was closed to foreign yachts, except where an exemption was granted.

"If a vessel owner can establish he has been through an AIS tracker; that he has been at sea for the required period, then I think that would be very persuasive in suggesting to the Ministry of Health that they should be satisfied with the 14-day quarantine period when the vessel arrives in New Zealand." 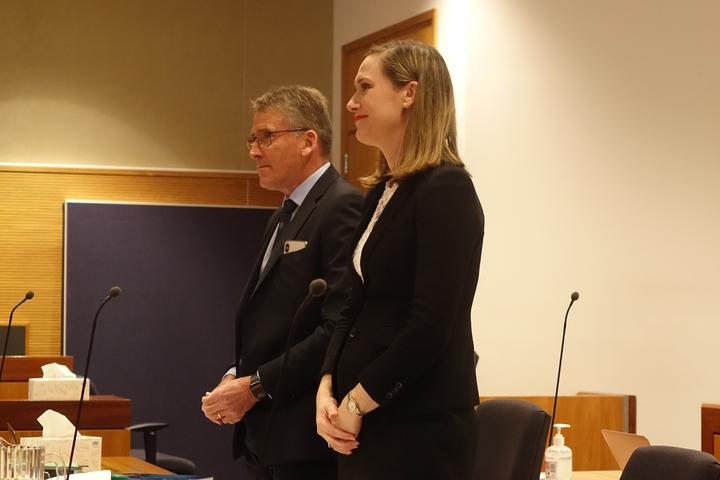 AIS - or Automatic Identification System was an electronic device that automatically sent and received information on the position and speed of a vessel.

It was used as a collision avoidance system, and helped authorities identify ships and manage marine traffic in ports and harbours around the world.

Auckland marine electronics supplier Advance Trident said it was simple to use.

Alex Bai from the company clicked on to a vessel displayed on the marine traffic website as he spoke with RNZ:

Foreign yacht owners wanted a safe haven to avoid the seasonal cyclone period in the South Pacific between October and April.

Like migratory birds, yachts could not easily sail to destinations against the prevailing weather, which was why it was not simple for many to return to home.

The manager of Marlborough's Waikawa Boating Club has done the sea journey to the Pacific islands and back.

Sue van Velzen said a major problem loomed if the yachts could not leave.

"If a cyclone happens to go through Fiji, and I've heard there are about 300 yachts there, there is nowhere they can all go to seek shelter.

"Traditionally they'd go up mangrove streams and tie themselves in, while other places might put a huge barge across the entrance to the creek to stop the sea surge coming in, but there aren't enough streams to do this so those boats and crew are definitely at risk if a cyclone should come through."

The Ministry of Health said visiting yachts could apply to the Director-General of Health for an exemption.

But it has been made clear that wanting to escape the [https://www.rnz.co.nz/news/national/426508/foreign-yachties-say-lives-now-at-risk-from-nz-decision

cyclone season was not reason enough] to grant one on humanitarian grounds.

Ashley Bloomfield said recently the yachts had had plenty of time in the past six months to make alternative arrangements.

Guy Chester of the Ocean Cruising Club has been lobbying New Zealand officials on behalf of the foreign cruising fraternity.

He said several attempts had been made over that time to seek clarity on New Zealand's position, to be told only recently they would not be allowed in.

He said a self-isolation protocol was presented to health authorities in July, which included multiple options to prove they presented no risk.

"And one of those was they have vessel tracking. Yachts have a variety of techniques to do that - one is the automatic identification system that's tracked by satellite, and the other is that some yachts have satellite systems on-board themselves, that can do tracking."

Chester said almost all yachts now had a tracking system.

But for those that did not have one, it would be difficult to add as there were not the supplies where the boats were now.

Alex Bai of Advance Trident said the equipment was often sent to yachts based in the Pacific, was not hard to install, and cost about $1500.

"You must have an AIS transceiver - so there's transmitting and receiving and an adequate AIS aerial.

"You can buy the AIS as a black box to go into your electronics, or buy an upgraded VHF (ship's radio) with AIS built in."

The Ministry of Health said the primary pre-requisite for yachts coming into New Zealand was not about the quarantine period, or whether it could track them via AIS, which it was not able to do anyway - it was whether they are allowed entry into New Zealand or not.

It said recently it was also concerned about managing an influx of up to 1000 people on the several hundred yachts that wanted to come here.

Three German yachties refused entry after arriving in the Bay of Islands last week were in custody, pending their flight back to Germany later today.