A gasfitter charged after carrying out work at a Christchurch home a day before it exploded has pleaded guilty to a charge under the Gas Act. 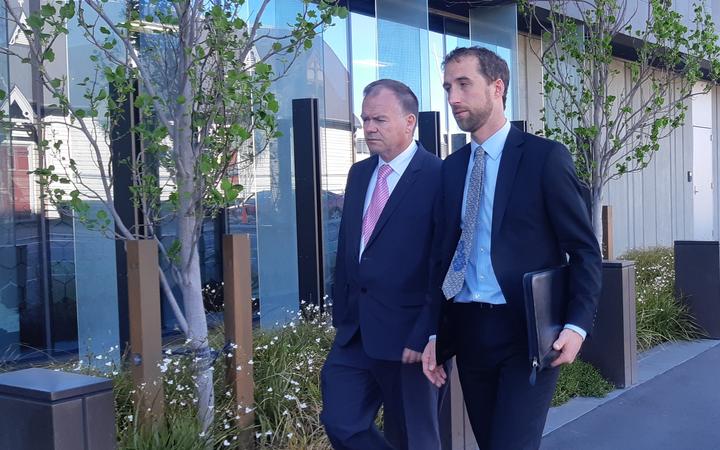 On the left is Gregory John Smith the gas-fitter involved with his defence counsel Joseph Lill. Photo: RNZ / Sally Murphy

The house on Marble Court in the suburb of Northwood exploded in July last year, completely destroying the house and injuring six people.

Gasfitter Gregory John Smith entered a guilty plea when he appeared in the Christchurch District Court this morning.

Smith indicated he would be happy to take part in restorative justice and meet with the victims of the explosion.

Justice David Saunders said that the charge indicated negligence and carelessness and would likely involve a financial sentence rather than prison time.

Smith will be sentenced on 15 December.