ACC in partnership with Tainui Group Holding (TGH) have today officially started construction of a new home for ACC in Kirikiriroa. 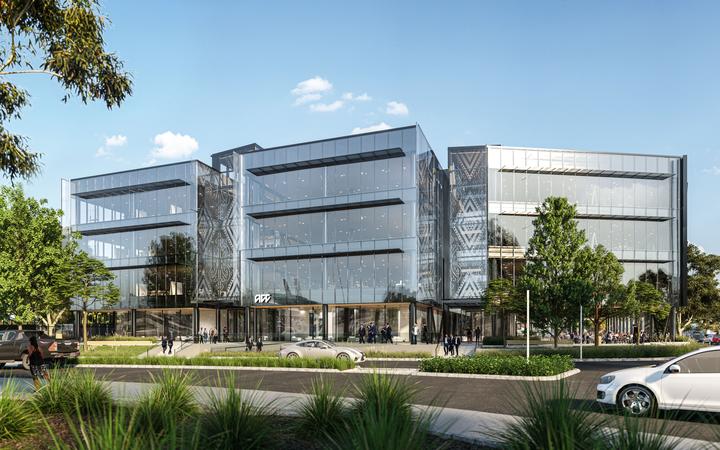 An artist's impression of the new ACC building in Hamilton Photo: SUPPLIED

It was kicked off with a karakia service and ceremonial turning of the first sod by Kingi Tuheitia at the site in central Hamilton.

Te Arataura chair Rukumoana Schaafhausen said the timing of the groundbreaking was significant - 25 years since the iwi reached a historic Treaty of Waitangi settlement with the Crown.

The four-storey complex will be built on the former site of maara kai or vegetable garden. The building will be configured in three pavilions, adding about 8500 square metres of office space on the corner of Collingwood and Tristram Streets in the CBD.

Schaahausen said the area has an important history of manaakitanga, of taking care of people and of supporting everyone to have the best possible quality of life, which is what ACC will do.

ACC Chief Executive Scott Pickering said it was exciting to have construction underway on ACC's new home in Waikato.

"This hub will be the blueprint for a modern, safe and environmentally friendly office space for our people and customers."

Tainui Group will lease the development to ACC with the underlying whenua continuing to be owned by Waikato-Tainui.

The new ACC centre is targeted for completion in October 2022.