An Auckland woman living near the Harbour Bridge is angry and shocked people were never told neighbouring land was contaminated with heavy metals from the bridge. 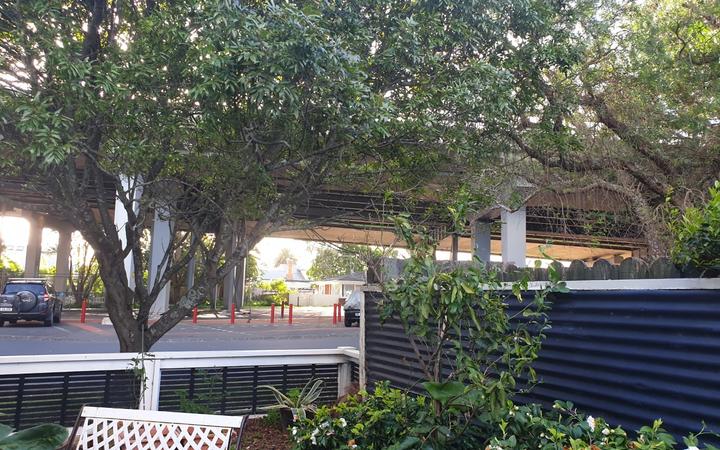 RNZ revealed the Transport Agency has known since 2010 its bridge maintenance polluted the Stokes Point Reserve with lead, zinc and copper.

The levels were high but a health assessment found they were likely to be "within acceptable health risk".

Auckland Council said because an independent study found there was no ongoing human health risk, they did not need to inform the public of the contamination.

Jay and Brian Holloway have been living in their picture postcard house with 180 degree views over the harbour for 40 years.

The house is almost directly under the bridge and backs on to the area in question - Stokes Point Reserve.

Jay Holloway is not happy they weren't told about the contamination, but not surprised authorities didn't bother to tell them.

"It's quite concerning that they didn't front up and tell us. But obviously they wouldn't because they would have had to do something about it," she said.

"It's just the feeling that we're just little people and it doesn't matter."

She is fine with the fumes from cars because they knew what they were buying into.

"But this thing is a little bit more devious, I feel. They've specifically not told us something that they knew about."

Her husband Brian is not so worried. He gardens a lot and handles the soil and said he's fine.

"I just don't think it's that serious a problem."

Another couple told RNZ they had contacted their lawyer but did not want to say much more except that the issue was "big" and they did not want to prejudice any legal action.

Another resident who did not want to be named was furious he wasn't told about the contamination, and disappointed he had heard nothing from the agencies involved but only from news reports.

National MP for Northcote Dan Bidois said he had already heard from a number of upset locals.

"They are deeply concerned and they want answers, and that's why I call on a public inquiry into this matter to find out what happened and who knew what."

Auckland Council said it undertook an independent risk assessment in 2011, which found no health risk.

"Auckland Council had a comprehensive independent Human Health Risk Assessment carried out for Stokes Point in 2011, which found no ongoing public health risk. A further study in 2013 supported this. Because there was no risk, there was no need to notify anyone or record anything on property files," council director of regulatory services Craig Hobbs said.

A small area outside the reserve did have elevated levels of contaminant and needed work to make it safe which was done at the time, Hobbs said.

Privately-owned land has not been tested. Hobbs said if owners are worried they could call in an independent expert to investigate.

"Council, as the regulator, determines whether the public should be advised of the presence of contamination," the agency said.

Some people on the street, including the Holloways, are in any case being turfed out in six months, as their homes have been acquired for the construction of the bridge's walking and cycling path.