An embryologist who could not take up a job in New Zealand because of the border closure says it is unethical for authorities to keep hold of the immigration fees she and others have paid. 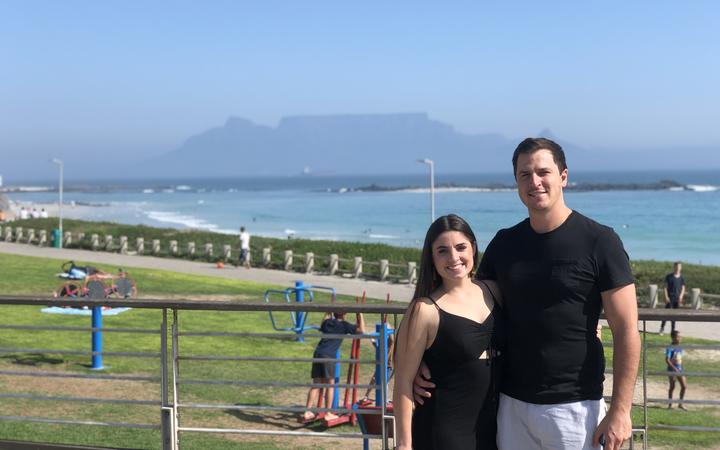 No work on offshore residence applications has taken place since lockdown.

South African Nicole Nel, aged 28, said she wrote off the thousands of dollars she spent on her work visa, medical registration, language tests and qualification assessments.

But she wanted a $3,310 refund of her residence fees, as her case notes suggested the only work completed on her application was duplicating information from her work visa.

Immigration New Zealand (INZ) said it could not say how many refund applications there had been since the border closure, and how many had been successful, without an Official Information Act request.

But it disputes the amount of work undertaken on Nel and her partner's application, saying it was "substantive".

"The work visa was issued, so even though I can't use the visa, [that] I can accept," said Nel.

"But you pay almost $4,000 for something that I never received, that wasn't processed and according to their own case documents indicate that they didn't do any work except for double check things that they already did in the work visa - and then refer me to a 2016 document, in a world pandemic - to me that's unethical.

"Originally when we applied, the whole world was in a different state and now they send me a document from 2016 setting the rules why they can't give the refund. But they changed all the rules when they told people that had legit legal visas, that they can't enter the country anymore."

Nel says the experience had coloured her view of New Zealand as a fair country, and INZ's refunds policy should be updated in light of the pandemic.

"I thought about the type of things that the country stands out for, moving forward and things like that - but I feel like, even in South Africa, where we have a lot of processes that are really behind, you get to a point where you can speak to someone who will actually hear you out. But I just felt like I was getting closed door to closed door.

"I was really impressed by the amount of effort my employer did to get me [to New Zealand], they also emailed the minister of immigration etc to try and get myself and another embryologist there from India. But I was quite disappointed with Immigration and also I contacted the ministers and got from their secretaries a little bit of feedback, but it just felt like nobody reads an email.

"I just get these emails, they are almost format templates that are continuously sent to me, that do not answer my question."

'Stealing' money in a world pandemic

In a letter to the immigration minister, she wrote: "It is clear that the only work they had done was contact my employer two days after I requested a refund, and again, this is not substantial work justifying an application fee of 3310 NZD. I still find this complete scenario outrageous as I am continuously told that my residency application was "being considered" but my case notes indicate that no additional work was done, as all the information from my work visa was used. All checks and verifications they claimed to have done, were already done in my work visa application as my case notes clearly indicate and any further processing was put on hold as I am offshore.

"I feel this is unethical behaviour and surely not the culture that an organisation like INZ should have. So many people have been severely impacted by Covid-19, some far worse than others. With regard to immigration, many families that have made tremendous sacrifices and investments to immigrate have not only lost money but they have lost hope, without a foreseeable change in sight. At this point, it is not even about the financial impact but the principle itself, which in my personal opinion is unethical. I am truly shocked that Immigration New Zealand is allowed to "steal" money from people during a world pandemic, for work they did not do. If this is the type of country New Zealand is, then I had a completely misguided view of NZ and as to why I wanted to immigrate there in the first place."

She was concerned it might be a frequent problem, but RNZ was told figures were not readily available.

An immigration adviser, Toni Alexander, said she had a client in the same situation, as well as parent category applicants - who do not fit new criteria announced last year - who still had not received refunds.

"My client went home for a wedding, and was caught out of the country when the border closed and had a resident visa pending. He wasn't able to come back because he's on a work visa and then he lost his job, so he will have no reason to come back and the resident visa cannot process because he doesn't have a job anymore.

"So we went through the application and requested a refund and we were told the same thing - because substantive work had been done on the application there would be no refund. But when we OIA-ed the file all they had done was check the medical, which was ASH, acceptable standard of health. It's no work required - all they do is look and it's all A grade, so there's no further work to do - so they haven't done any work on it, but they've kept the whole $2,710 for looking at a medical and saying yes it's acceptable. I think it's totally unethical."

Another immigration adviser, Matt Simpson, said the Government is still accepting money for expressions of interest, but INZ has been told since lockdown not to select any of them, so they cannot progress to residence applications.

"This serves as nothing but a money grab of $500 per expression of interest and exponentially compounds the significant queue issues associated to this category of residence visa application. Surely this is a consumer affairs issue where INZ is advertising a service and taking a fee, but not offering that service. It's like going to KFC and ordering a bucket, paying for it, and still waiting three months later."

Immigration New Zealand said in a statement individuals are able to apply for a refund if their visa application has not been completed, however refunds are only given in special circumstances.

It was working to clarify with affected applicants what their options were but Nel's refund request did not meet the guidelines, said a spokesperson.

"INZ operates on a cost-recovery basis. The visa application fee paid by an applicant covers the cost of INZ processing the application. When an application is received, lodgement work is done on it which includes a file for the application being prepared, as well as medical referrals and police clearances actioned.

"As such, if substantial work has been completed by the team, and the application is withdrawn, then a refund is not generally given.

"The request for a refund was subsequently reviewed by an INZ manager who stated that full lodgement work was done at the time her application was accepted, and given that substantive work was undertaken, INZ would not be able to refund the application fee."