Backpackers in New Zealand who bought visas from companies connected with STA Travel are pleading with immigration officials to let them access the jobs they were promised. Backpacker Helen Platten is among 200 travellers in a Facebook group set up to get answers about where their cash went. Photo: Supplied to RNZ by Helen Platten

At least one of them unwittingly became an overstayer after being told by staff her work exchange visa application was already being processed.

They are asking Immigration New Zealand to honour the visas they fear they were mis-sold.

Helen Platten is among 200 travellers in a Facebook group set up to get answers about where their cash went.

They were already in New Zealand - working, visiting and backpacking - and were wary about returning to home countries ravaged by coronavirus.

The 33-year-old Briton said they were happy when STA Travel affiliates IEP Visas and Bunac told them they could apply for work exchange visas to extend their stays.

"I was absolutely overjoyed - I can't tell you how relieved I was, I was in absolute floods of tears on the phone because it was something I hadn't even dreamed was possible."

Hospitality worker Mindy from the US fears their desperation was taken advantage of - despite checking it was true.

"IEP made a big announcement on the 6th [August] saying if you were currently in New Zealand with a working holiday visa that you could apply. And a lot of us, including myself, called immigration to ask if this was okay, and can we still go through with it. And we all got a 'yes'."

There was also conflicting information from Immigration since IEP and STA went into administration, she said.

"I don't even know how many different things [we are told], every day it's something different. So we're just unsure if we can legally stay here with the work visa that we were led to believe that we could obtain."

Immigration New Zealand (INZ) said in a statement that only those offshore when they applied would have been eligible for the one-year visa. 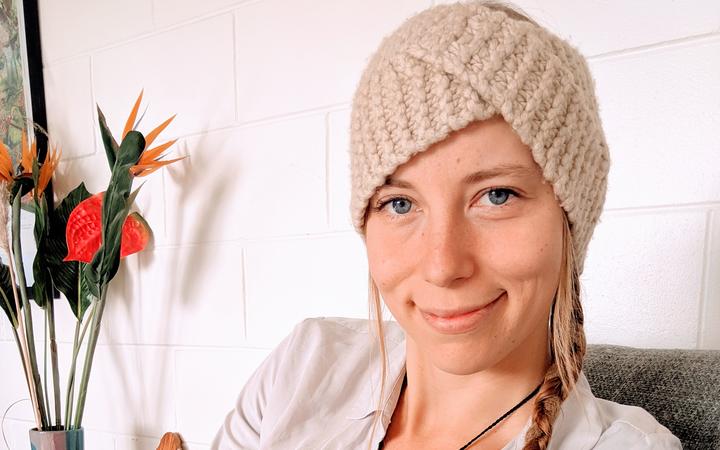 Bonnie Toye, a 32-year-old from New York, first knew about a problem when she called INZ to find that her visa had expired. She had become an overstayer and an appeal, known as a Section 61, had been lodged in the system.

"I didn't know that I was unlawful in the country for almost a month, nobody told me this this was even issued for us - apparently Buna did it on my behalf knowing darn well that they didn't send it on time. They never even sent immigration the money."

INZ waived her visitor visa fee after hearing what had happened to her.

But that still left her plan for a year of work here - and possible later residence - in tatters.

The affected backpackers say the money that is tied up in non-existent visa applications could have been used to pay for their living costs.

It was daunting to be in a foreign country with dwindling funds and nowhere to turn.

Helen Platten hoped a compromise might be allowing them to stay and fill the well-publicised gap for agricultural workers.

"A lot of us are from the UK and from America as well, and we are adaptable, flexible and really just want to pitch in to help."

The administrators, Deloitte, said an IEP creditors' committee was formed and they are working to identify those affected and how to help them.

"Now that the first meetings have been held, the Administrators' priority continues to be to secure data and information and continue their investigations with a view to understanding what is possible to help affected parties. A report will be published for affected parties in mid-late September, prior to the watershed meeting.

"In addition to securing data and reconciling STA booking information, the Administrators are exploring options under various government support schemes, with a view to identifying further support, if any, that can be made available to affected parties."

The Immigration Advisers Authority urged people to get in touch with them if they were concerned about immigration advice they had received, or if they received the advice from someone who was unlicensed.

STA, IEP and Bunac have been approached for comment.

In a statement, INZ said it was working with Deloitte to see what visa options were available to assist the applicants.

"It should be noted that on 4 September, the government announced the introduction of a new Covid-19 short-term visitor visa to help temporary migrants who are unable to leave New Zealand due to international travel restrictions when their current visa expires."