Allowed to watch their beloved Taranaki rugby side in the flesh for the first time this season, Bulls fans were left looking for a silver lining after they relinquished the Ranfurly Shield to Otago at the first time of asking yesterday. 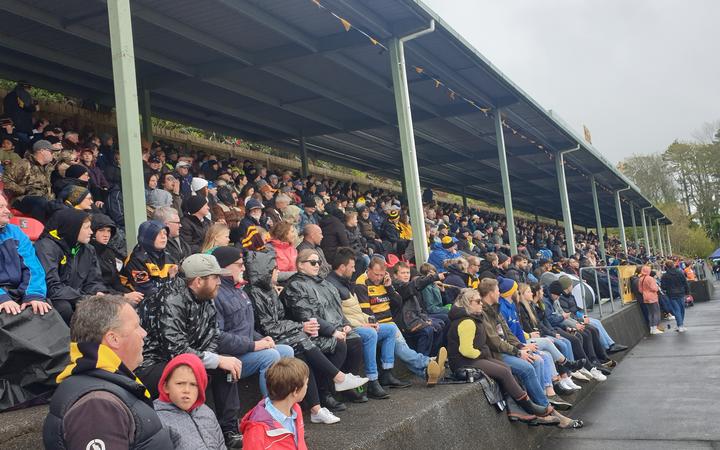 Level 1 restrictions meant about 4000 spectators were able to cram into the boutique TET Stadium in Inglewood which was sold out for the occasion.

Spirits were high pre-match at Crowded House Cafe and Bar in New Plymouth where many Bulls faithful had gathered before catching buses out to the venue which is standing in for the quake-damaged Yarrow Stadium.

Nathan Mumby was looking forward to the game and thought the compact ground at Inglewood could work in Taranaki's favour, although he did note the Barrett brothers' absence.

"I'm pretty excited, yep absolutely. It's a shame we don't have some All Blacks there. I think we've got one there who's a lock, but yeah it's going to be good to see.

"I'm probably more excited about going out there to that stadium actually in Inglewood. I think the atmosphere and the crowd. It's going to feel like a home."

At the Hairy Dog Sports Bar, 20 kilometres away in Inglewood, the blue and gold of Otago dominated. 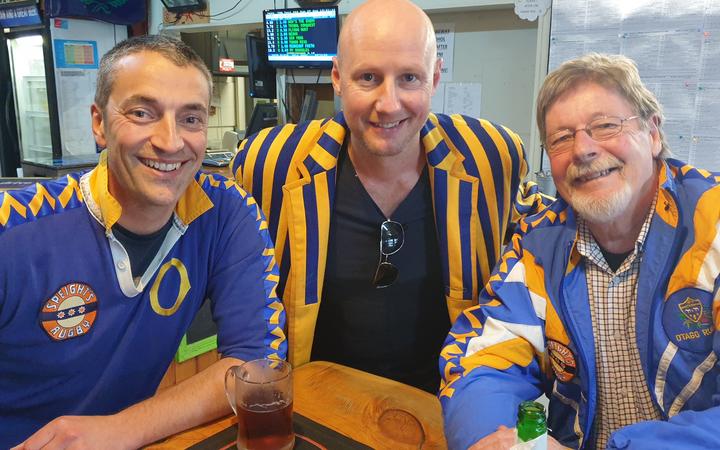 Ben Ellis, his dad Grant, and mate Bruce Hurrell had travelled especially up for the occasion.

"I think we're going to have a big day today. We're all pleased we are back at level 1 so we can actually do this. All the stars had aligned to get us to level 1 today. We kept an eye on it and it's worked out."

Ben had a tip for the scoreline.

Meanwhile, at the TET Stadium where an impromptu Slacks gig had broken out, the Bull's number one fan, Mike Morresey - aka the Mad Mike the flag man - saw things panning out differently.

"Mate, we're just going to run rampant today. We're going to run over the top of them and just take them out every way." 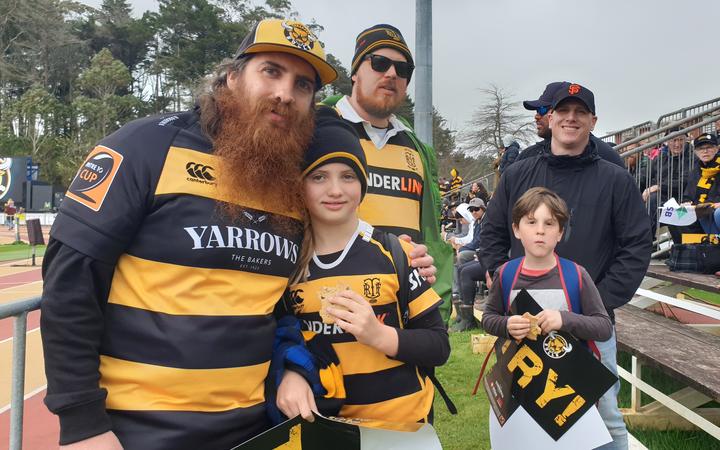 But Johnny Walker, who had daughter Orion in tow, admitted he was also worried about those missing brothers, Beauden and Jordie Barrett.

"Hopefully we can do all right without the Barrett boys, but we'll see. They're pretty big for us. You've got Beauden who's the world's best player so it's pretty big boots to fill."

Clad head to foot in plastic John Grey and Kerry Mramor of Stratford had one eye on the weather.

"We just hope to God we'll be fine, but as long as we win who cares about the weather," said Kerry. 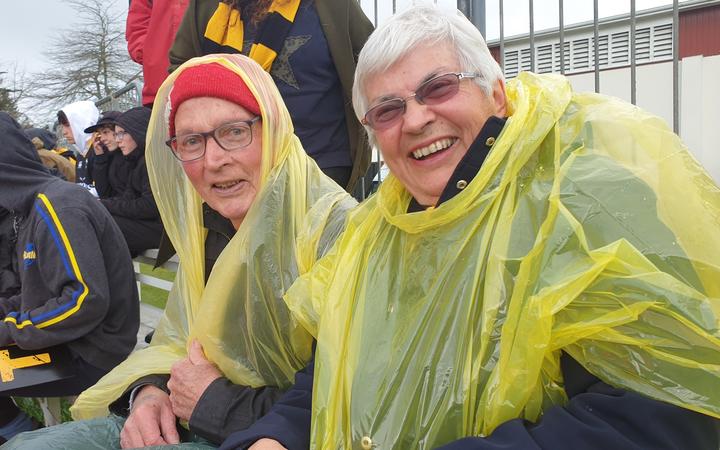 Then it was time for kick-off but perhaps - from a Taranaki perspective at least - the less said about the game the better.

Heading for the gates just before the final whistle, Glen Turner reckoned Otago deserved their 30-19 victory over a lacklustre Bulls.

But he was trying to look on the bright side.

Matt Scrimgeour, who was at the match with daughter Janneke, reckoned it had been worth coming along.

"It's fantastic to be able to come out and be able to see some live sport for sure."

But that could dull the pain completely.

"Well somewhat, but I mean it's never a great feeling when you're team loses but it is what it is." 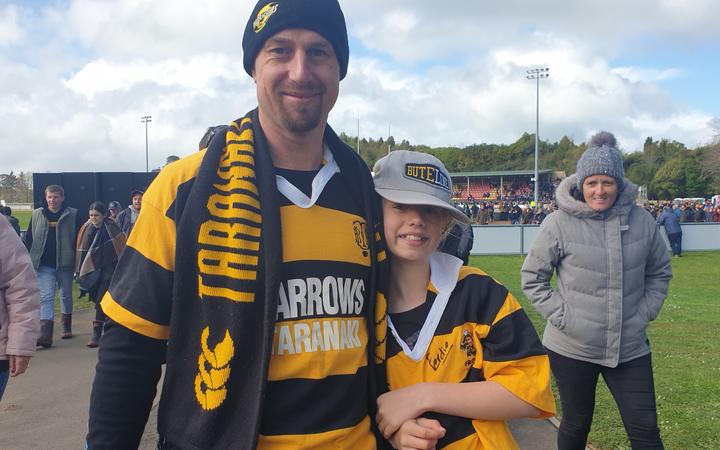 Otago's victory is the first time the Shield has changed hands in successive matches since 2013, when Otago won it off Waikato, before losing it to Hawke's Bay

And while the Bulls lick their wounds, the Magpies get their crack at shield history when they face Otago in Dunedin next Sunday. 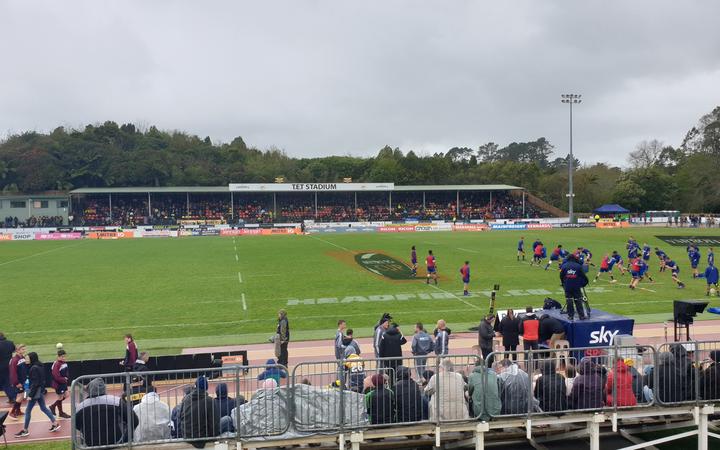