Two women have told the Abuse in Care inquiry that their older sister, who later died, tried to protect them from being abused while in foster care. 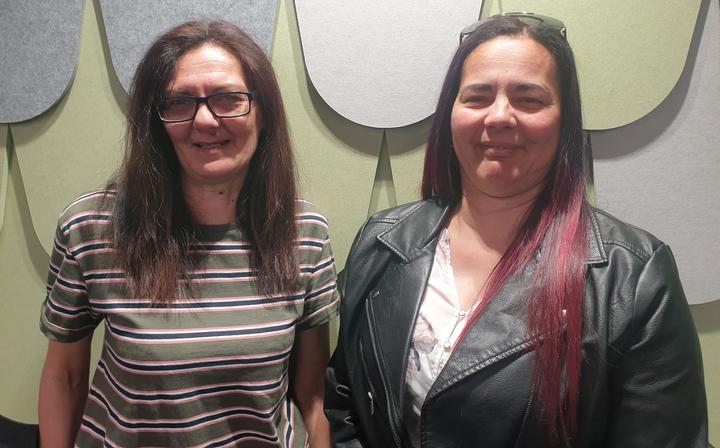 The three were placed in care from an early age.

Georgina and Tanya Sammons told their story and that of their older sister, Alva, to the Royal Commission in Auckland today.

Alva died 19 years ago at the age of 26 after she stopped taking medication necessary to keep her alive.

She had undergone a heart-valve replacement to repair damage from undetected rheumatic fever.

She left behind a 2-year-old son and a 5-year-old daughter.

Tanya and Georgina only found out after their older sister had died that she had tried to shield them.

''She said to me once that she let herself be sexually abused, because she thought if she put up with it then maybe it wouldn't happen to us and we wouldn't have to endure it," Georgina said.

The girls were fostered by a family which they say was abusive and difficult.

They were physically beaten by the foster father and sexually abused by a foster brother.

Georgina remembered one time her foster father caught her smoking and beat her so badly it caused her to wet herself and have black eyes.

She said the next day a social worker visited.

''I had to hide under the bed so the social worker wouldn't see my black eyes.''

On other social worker visits, they did not dare tell them what was going on in fear of being beaten later by their foster family, she said.

''He pretty much just picked up the cat and smashed it on the concrete.''

She was made to bury it.

Georgina said their older foster brother was allowed to punish them.

''Our foster brother would rub his fists with his knuckles into our scalps until our scalps were rubbed raw.''

Georgina said she was regularly raped by a foster brother from when she was in Form 1 or 2.

This went on until she was 14 and she ran away from home.

She said she made a complaint to police, but police did not take it any further.

The sisters later found out that Alva had reported what was going on and her concerns for her younger sisters but nothing came of that.

Georgina said the abuse they suffered had affected every part of their lives.

Both Georgina and Tanya have made individual claims to the Ministry of Social Development (MSD) but have failed at this stage to be able to include a claim on behalf of Alva and her children and grandchildren.

Georgina said the long process of seeking redress from MSD had been very stressful having to tell and re-tell their stories time and to many people.

''Even though we lived it as kids, we are having to continuously having to relive it and now as adults, it's like this has been our lives. It's like a long road and when is it ever going to end.''

She said they have not been treated with any empathy by MSD.

''Since I was a teenager and the abuse first came out, there has been no justice from any adult figure, from the CYFS workers, the Police and MSD, there's been nothing'.

She also wants the government to recognise the ongoing effects of harm on the people that have been abused and on the next generation.