The operator of a fishing trawler that sank off Canterbury has been ordered to pay the families of three men who died almost $740,000. 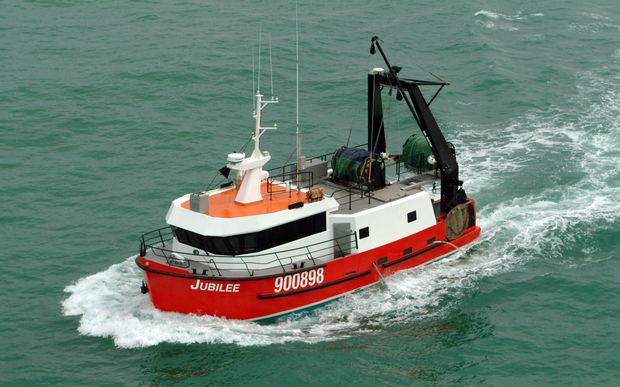 The Jubilee had no alarm to alert the crew when water, probably from a hose, flooded the fish hold late at night, destabilising the boat.

Ocean Fisheries of Lyttelton must also pay $46,000 after being prosecuted in the district court over the 2015 sinking.

Maritime New Zealand said the company's management of safety and fatigue was weak.

The sump for the pump in the fish room was known to block up with fish scales and needed frequent cleaning, he said.

Work hours were not monitored.

"It's not good enough to leave it to your skipper," Venz said in a statement.

The bodies of the men were later recovered from the wheelhouse, indicating they were unable to escape in time.

Since the sinking, Ocean Fisheries had fitted high-water alarms and extra pumps to vessels in its fleet.