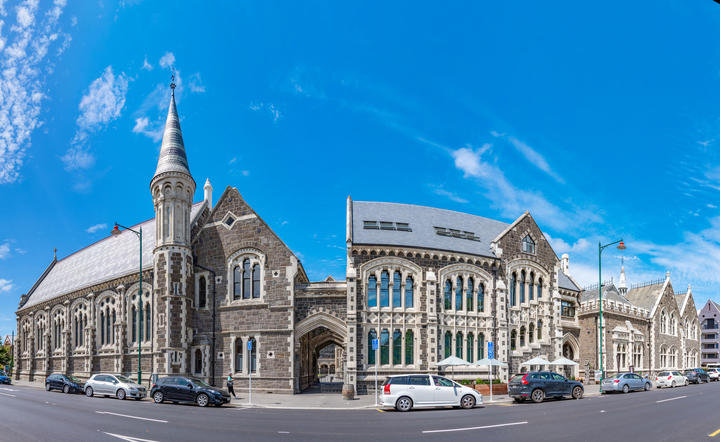 Six positions at the Christchurch Arts Centre have been cut as it battles to keep its doors open.

The chief executive of The Arts Centre Te Matatiki Toi Ora, Philip Aldridge, said it had struggled financially since its funding from the Christchurch City Council was dropped in 2018.

Aldridge made a plea to the city council earlier this year that if it did not get some funding it could have to close by 2022.

He said they have now reduced their workforce by 30 percent, with a reduction from 19 roles to 13 coming into force from 5 October - and those cuts did not leave them in any more of a secure position.

"We are extremely insecure, and the only solution is a political one. I think we can now amply demonstrate that we've cut down to the bone, we can't go any further. It leaves us rather dysfunctional but we still have got the doors open."

Aldridge said the problem was that the Arts Centre is required by law to be a centre for the arts, but is not funded to do that.

He said their only income was from leasing out the building to their 30 tenants.

"But that income is never enough to cover the bills. We can never on-charge to tenants the actual cost of running the building, so there is always a gap. That's where we have to find out if there is a political will to keep the place going. So our conversation needs to be with city council and the central govt."

Aldridge said he was meeting with Christchurch City councillors next week, and also endeavouring to get some time with the mayor.