There are now 45 cases of Covid-19 linked to an Auckland church whose members met during last month's lockdown. 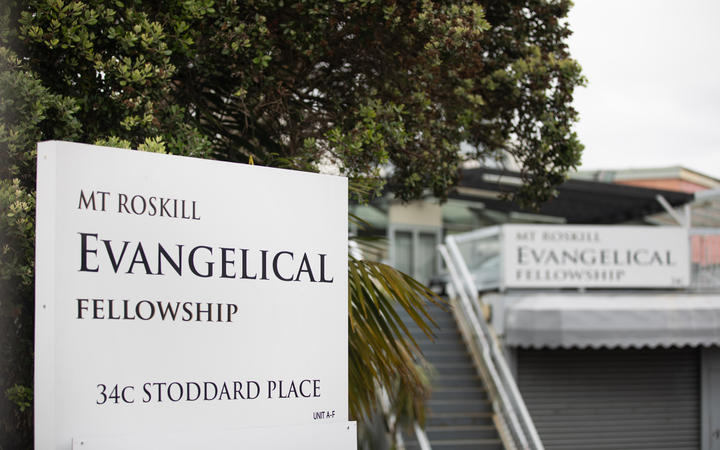 The church infections are linked to the larger Auckland 'August cluster', which has a total of 173 cases, of which 80 are currently active.

Health Minister Chris Hipkins said some people linked with the evangelical church were sceptical about the seriousness of the global pandemic, which has led to the deaths of more than 902,000 people worldwide.

Meanwhile, police have confirmed they broke up a group gathering at the church after 7pm on Saturday 15 August, while the Auckland region remained at lockdown level 3.

"Police spoke with church leaders and they were told that the group gathered must disperse. Those gathered followed these instructions and dispersed," Police Assistant Commissioner Richard Chambers said.

"Church leaders were verbally warned that any further gatherings in breach of restrictions could result in prosecution."

The Ministry of Health today confirmed that a further two cases of the virus were linked to the Stoddard Rd church. Hipkins said there were 101 close contacts associated with the church.

"As far as we can tell they were unaware they had been infected and were incubating and spreading the virus at the time.

"This underscores the importance of close contacts following the public health advice they're given which includes strict self-isolation even if they don't have symptoms, and even if they have returned a negative test.

"We are aware that church leaders are actively encouraging all members of the congregation to retest by Friday and to comply with other public health advice such as self-isolation."

Nearly 500 people associated with the Mt Roskill church - and all their close contacts - have been asked to get retested for Covid-19 as the Auckland cluster grows.

Yesterday, Hipkins told RNZ that some close contacts of the church sub-cluster were not previously disclosed to contact tracing staff.

His comments came after reports that a high school student, who did not attend the church, was infected with the virus by a congregation member.

Today's tally puts the Mt Roskill church cluster ahead of 11 significant Covid-19 outbreaks, including those associated with an Auckland stag party (40), the World Hereford Conference in Queenstown (39) and the Hawke's Bay's Ruby Princess cruise ship cluster (24).

According to charity documents the Mt Roskill Evangelical Fellowship was established in 1995 with the purpose of preaching "expositional sermons".