A South Taranaki iwi is wrestling with a nice to have problem - how to spend $3 million in government funding.

The money granted as part of the shovel-ready projects initiative will allow Ngāruahine to fast-track an upgrade of the Dawson Falls Lodge on Mt Taranaki.

But here's the rub ... it wants to find a way to blend the Swiss Alpine style - which the lodge is famous for - with the iwi's cultural narrative.

Known to Ngāruahine as Te Rere o Kapuni, the Dawson Falls area on the southern slopes of Mt Taranaki is considered a spiritual place, and a place of healing connected to the cleansing power of water." 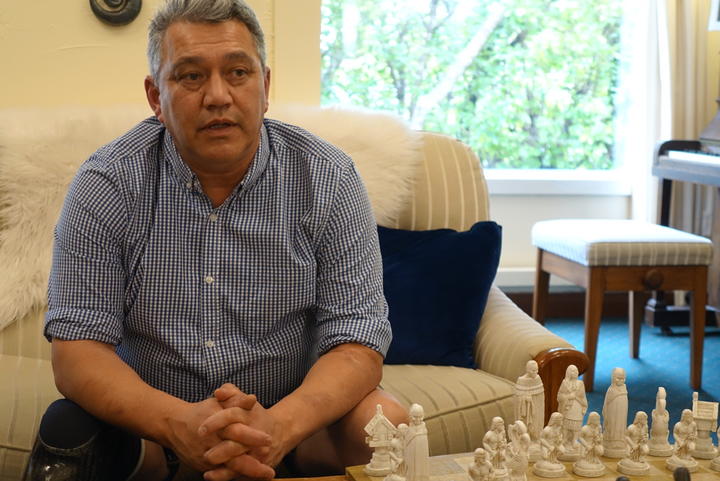 But as lodge manager Dean Kira explained it also had a more contemporary history.

"If we go back to 1885 a chap by the name of Thomas Dawson was the first European to see the waterfall and he built a shed down by the waterfall which was pulled down by Māori because it was quite sacred.

"He rebuilt it and they pulled it down again and the third time he built it up here where we are located now."

But it was not until the 1970s and 80s that another former lodge owner, Keith Anderson, gave it the Swiss chalet theme.

No two rooms are alike but each features beautifully carved, inlaid and handpainted wooden furniture.

"It is fantastic taking people to their rooms and seeing their reactions to the rooms. They do have the wow factor. There's no doubt about it," Kira said.

"We're totally different to what we call sterile hotels. They all look the same, but we certainly don't look like them." 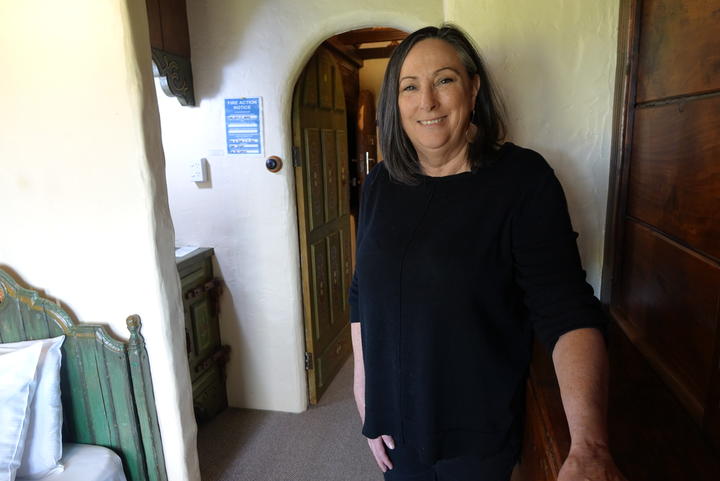 "It's a bit of a love story really because he fell in love with a little Swiss lady and they came up here and they went through the lodge and Swissed it. 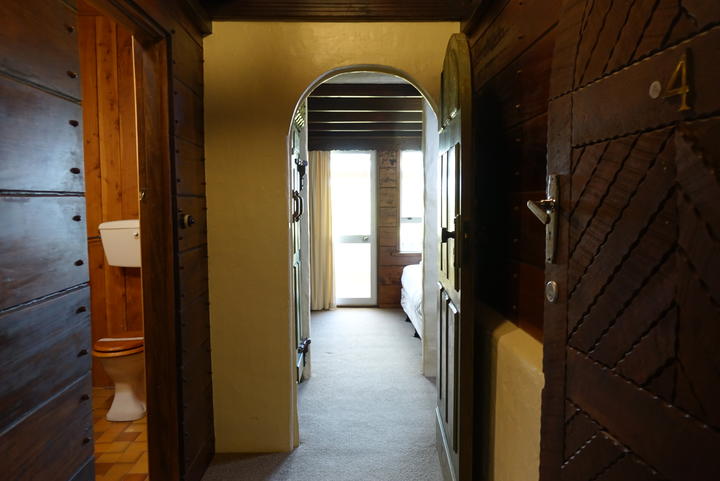 The lodge has a Swiss feel to it. Photo: RNZ / Robin Martin

She said it was the kind of place that inspired repeat visits.

"We have a lot of people come here for the historical catch-ups.

"They have been here and have their honeymoons here, because once upon a time in Taranaki this was the place to have your honeymoon, in room one with the big four poster bed.

"So we have lots of people who pop in for a visit and say 'I was here in 1960 such and such or 1985' and they want to find their name in the visitor's book and see they room they stayed in." 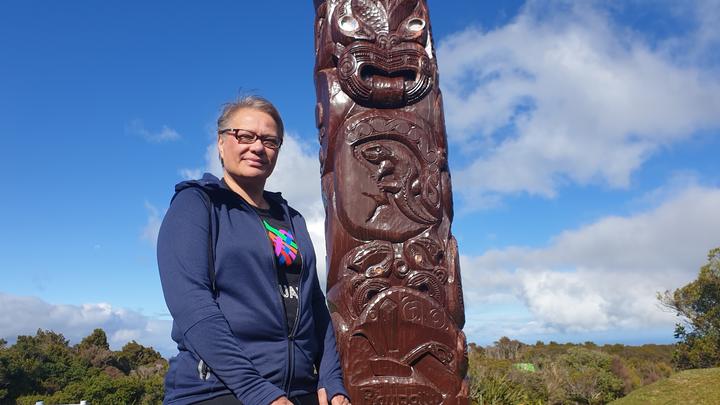 Te Korowai o Ngāruahine Trust pou whakarae (chairperson) Allie Hemara-Wahanui said the iwi bought the lodge in 2016 as part of a long-held ambition to put its footprint back on the maunga.

Hemara-Wahanui said the area holds special significance for the iwi.

"We call this place Te Rere o Kapuni which is a tribute to the Kapuni River that actually starts up here on the maunga and weaves its way all the way down to the coast.

"For us this is a place of healing. A place where for example many whānau come for baptisms.

"And if I link this back to the importance of the healing properties of water, it's a place where people can come back and just be centred and Te Rere o Kapuni is one of those places for Ngāruahine."

She said fans of the current style had nothing to worry about.

"It's what makes Dawson Falls Lodge incredibly unique so I think we are going to have to be incredibly clever so that we retain that charm, that point of difference, and at the same time marry a partnership between Ngāruahine and what we look like in terms of the lodge." 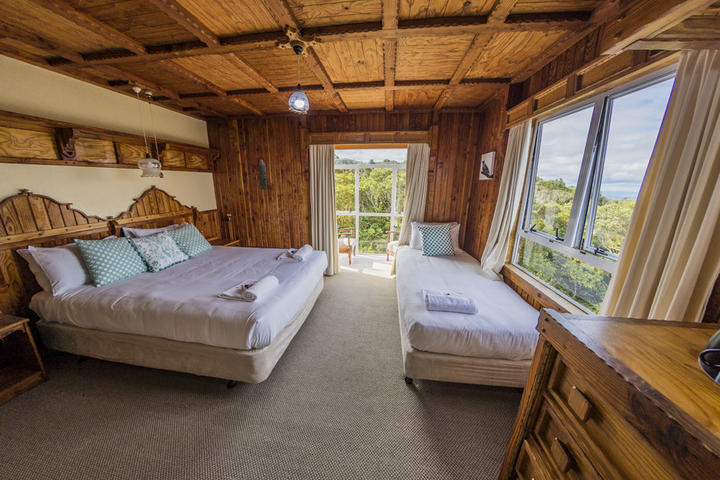 In terms of the renovations, however, the Swiss-styled rooms would get new bathrooms but otherwise remain largely the way they are.

Other plans include combining the cafe, restaurant and dining areas and opening up the front of the lodge to improve views of Mt Taranaki.

The upgrade is scheduled to be complete at the end of 2021.