It's been revealed the Taranaki Green School at the centre of a political funding row has aspirations to create an 'eco-village' at its Ōakura site including 20 houses.

This is news to the Green Party co-leader James Shaw who says he knew nothing about it before granting the school nearly $12 million.

He has since apologised, describing the move as an error of judgement. He also said the money would most likely now be in the form of a loan rather than grant. 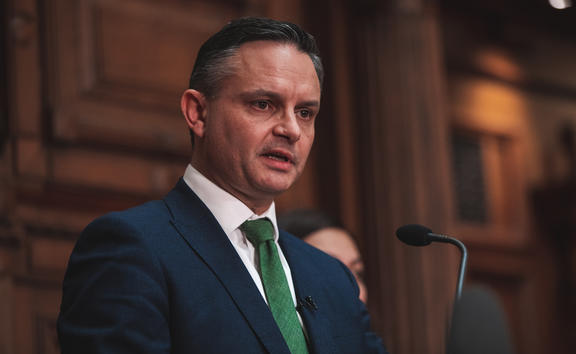 The Green School is owned by Michael and Rachel Perrett, who are co-founders of the HRV ventilation company, which they sold in 2010.

In November last year, they began lobbying the New Plymouth District Council for a district plan change to allow "residential activities associated with the school" in an area currently zoned as Rural Production.

Councillors were told the sale would help the school expand its roll to 500, but there was no mention of an eco-village or a residential development.

Kaitake community board chair Doug Hislop said there had been whispers about housing at the site for some time, but nothing official.

"My understanding is that they've always intended to have a settlement up there for the parents I think of their international students. That's they way I understand it." 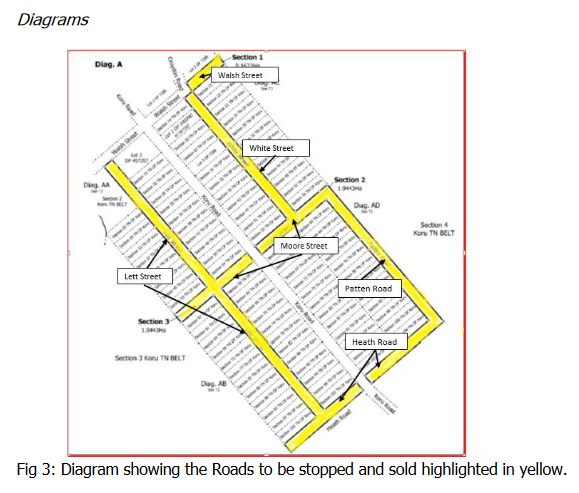 He said the paper roads - which were for a settlement designed to reward soldiers and militia who fought in the Taranaki wars - would have been an impediment to any subdivision.

"And what happens to it subsequently is there are rules in the district plan where if the owner so wishes they can apply to the council through the district plan for a consent to build on it or create lifestyle blocks or whatever it is they want to do."

He said his discussions with Green Party co-leader James Shaw focused only on shovel-ready projects. The eco-village was not raised. 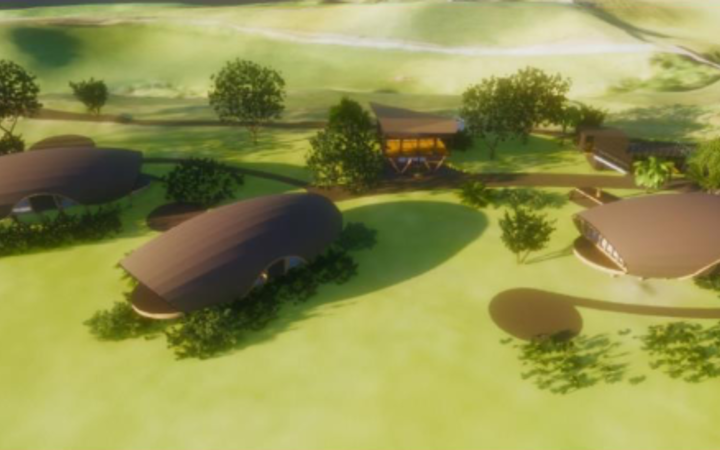 In a statement, it said it had always been open about plans for the eco-village and they were not required as part of the Shovel Ready funding application.

"The plans refer to an eco-village housing area that has been in the public domain since the inception of Green School and shared openly with anyone interested in the project. It is a matter of public record."

But there is no public record of the eco-village. It is not mentioned on the Green School website, in council documents or in previous media coverage about the school.

The school later clarified that the village has been mentioned in verbal briefings to people who have expressed an interest.

It said the development was in its early stages and would help relieve demands on rental property in Taranaki.

"There is a mix of housing available for school parents and the open market whereby they will be available for anyone looking to move into the area.

"These sustainable homes, of which there will be approximately 20, will be physically located on the other side of the road and away from the Green School campus." 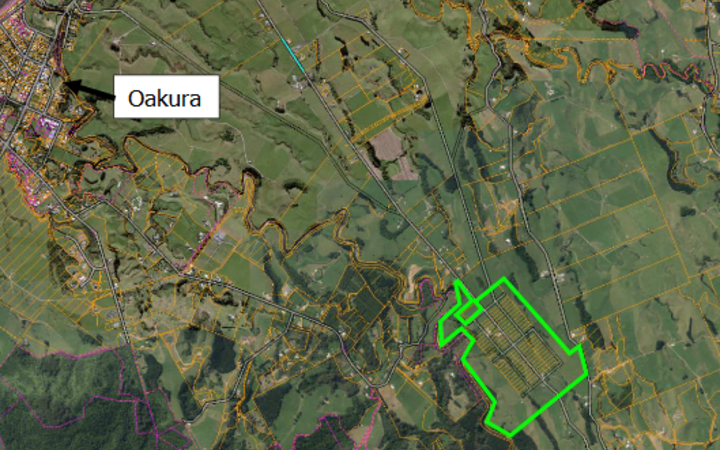 A map showing the land owned by Green School in Taranaki. Photo: Supplied

Harcourts Taranaki general manager Graham Richards was excited at the prospect of more homes becoming available in the area.

"Very, very much so. It's a very popular location. Obviously the Green School is a huge attraction, but around Ōakura and the surrounding district there's a huge demand for property."

Richards said they would fetch a pretty penny if they ever came up for sale.

"A small lifestyle block in the country generally in that area, it's pretty hard to get in there for less than $600,000 and I guess you can spend up to $2 million depending on the size of the block and the actual quality of the home and improvements."

Asked via email, if he thought it was appropriate that public money used for the Green School's expansion could play a role in helping to make a housing development there a success?

He said he didn't know anything about the eco-village.

Shaw said neither the New Plymouth mayor or owners of the school had mentioned the development to him.

Council officers are now preparing reports before hearings will be scheduled.