A tour of a business treating oil and gas drilling waste in North Taranaki meant to soothe neighbours concerns about foul smells and environmental damage has ended up reinforcing their worst fears. 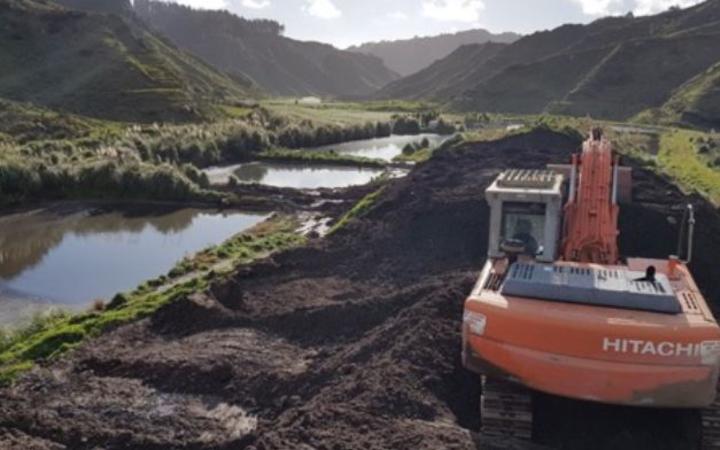 Remediation New Zealand wants to renew consents for its landfarming, vermiculture and composting business in Urutī, but locals want it to shut up shop completely.

The company has operated in a remote valley in Urutī for 20 years.

Part of the Revital Group, which describes itself as an organic compost producer, it is also involved in "landfarming" of oil and gas drilling waste.

Landfarming is a process that enhances the microbial degradation of hazardous compounds in contaminated muds and sludges, such as drilling cuttings.

Remediation NZ wants consents to discharge contaminant into the Haehanga Stream, a tributary of the Mimitangiatua River, to land and to air.

It recently took opponents of its consents renewal on a bus tour of the facility.

"We have had a consistency of illness. People talking to us about the smells and stenches.

"In the river I've had complaints about smelling the hydrocarbons in the water by the whitebaiters and seeing foaming coming down the river and we've reported this to the Taranaki Regional Council." 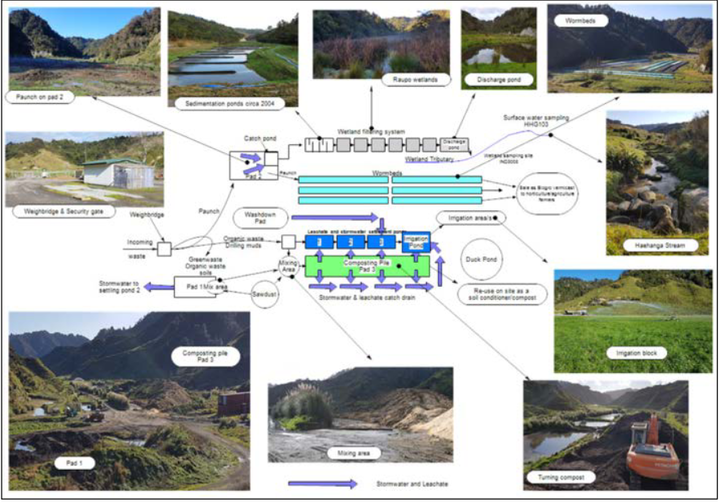 A diagram of the Urutī composting and vermiculture facility. Photo: Screenshot

But even that did not prepare Baker for what he encountered on site.

"My gut turned. I opened a window and when I left there I had a headache because of the stench. I was very, very concerned because I didn't realise how bad it was.

"It's like going to a sewer. People just dumping plastics, hydrocarbons ... you just didn't know what was going up there because nobody would let us know what was being dumped."

Baker is a member of Ngāti Mutunga iwi which has also submitted against the consents.

He said tangata whenua were concerned about runoff entering the Haehanga Stream.

Dawn Bendall is a neighbour to and long-standing critic of Remediation NZ.

She said it got up her nose too.

"When you smell it the first thing your body tries to do is try to tell you to get away from it.

"It creates headaches. It makes your lungs feel heavy, you feel lethargic. You feel really tired.

"On really bad days when it's really really stenching as soon as you get out of the car you smell it and want to vomit." 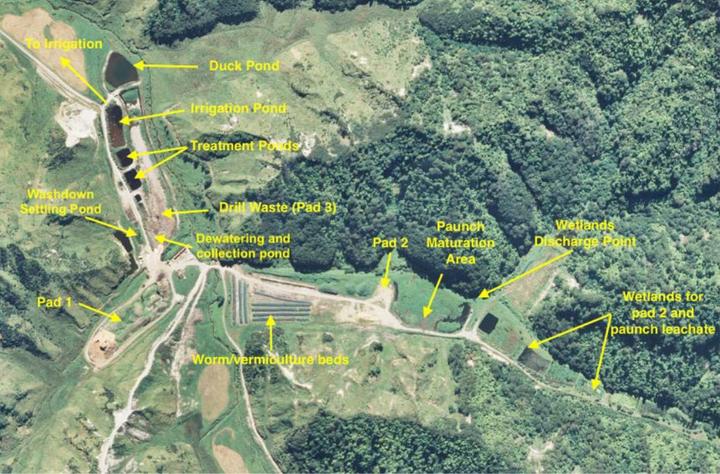 The general site layout of the Urutī composting and vermiculture facility. Photo: Screenshot

Bendall said the tour confirmed some of her fears.

"A lot of dirty water, dirty soapy water comes from the Haehanga Stream into the Mimi Stream and we have video footage at the forks of this dirty, dank water with all the soap scum and everything, and I found exactly where it's coming from."

Its consents application said it would no longer take drilling wastes from December which it would replace with a foodwaste stream.

The company said that should improve odour and run off issues.

But 20,000 tonnes of drilling muds would remain on site contained in bunds and it would still accept stormwater runoff from oil and gas sites.

The application said the composting and vermiculture components of the business have had a minimal effect on the environment.

That was not good enough for Rodney Baker.

"Something needs to be done. We need to sort this issue. It's not right. That's all I came away with, it's not right.

"And as tangata whenua, my ancestors would not be happy with what's going on. And my ancestors are buried on that river. That river is a life support to our community." 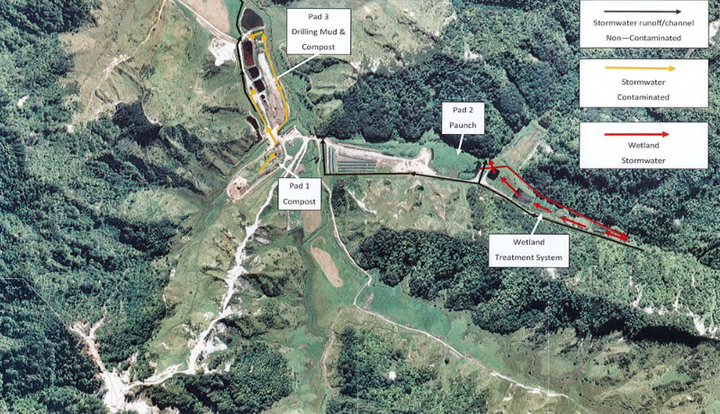 The Taranaki Regional Council has received 17 complaints about Remediation NZ since June 2016, primarily due to odours but also discharges to water or land.

Non-compliance was found on seven occasions and it has been issued five abatement notices and five infringement notices.

In 2010, the company was convicted over objectionable odours at Urutī and fined more than $33,000.

Last year, Remediation NZ failed its annual monitoring report after council officers found contaminates including chloride - associated with landfarming - and in one case significant levels of ammoniacal nitrogen in the Haehanga Stream and associated tributaries.

The regional consents said renewal application was likely to got to a hearing later this year.