Aucklanders enjoyed more freedoms with a drop in alert level, many businesses welcomed freedom to trade, and new rules came into play requiring all public transport users to wear masks. 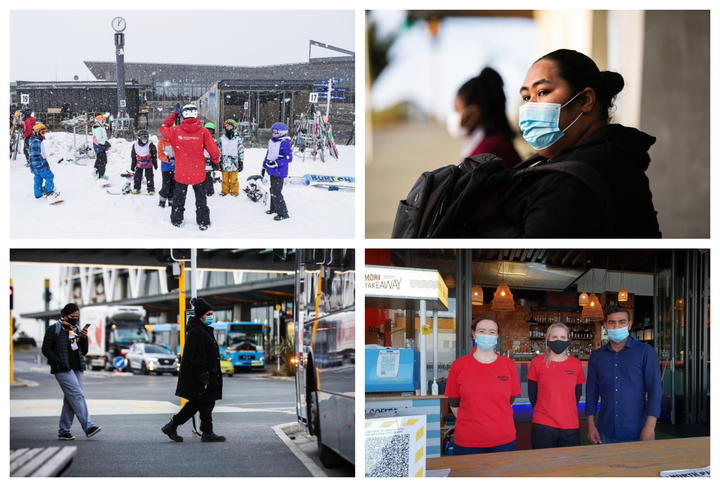 This morning the Auckland region shifted from alert level 3 to the new alert level 2.5 restrictions as the clock ticked over into the new day.

People now have more freedom to go to more places than just their work and supermarket, businesses that couldn't do contactless trade in level 3 can reopen, and Aucklanders can travel freely outside the region.

The new alert level 2.5 limits social gatherings to no more than 10 people, but with 50 people allowed for authorised funerals and tangihanga.

"It was crippling for businesses. They're going to be welcoming customers with their arms wide open today and we welcome everyone to come out and support local businesses today and during the next few weeks.

"Businesses really need your support to get through," he said.

Harpur said that while level 2.5 is still restrictive, he supports any step down from level 3.

"I think the government's tried to find a very careful balance between making sure we meet the health needs of not spreading the virus beyond the current cluster but also acknowledging that the mood is people are ready to get back to work, businesses want to get underway."

He said the threat was that people would become complacent.

"Most people I see around the streets are following [the rules], some people are not. This only works if everyone plays their part, otherwise, we run the risk of going up a level when we want to go down a level."

From today, face coverings will be mandatory on public transport. Please also wear a face covering if you’re waiting at the platform or bus stop. Remember to keep a safe physical distance and if you’re feeling unwell, stay home. https://t.co/K7YMmXcrLz pic.twitter.com/J8O6mcrmWX

Masks became compulsory on public transport throughout the whole country

From today, anyone 12 years old and above must wear a mask if they use public transport or are on an airplane, while Aucklanders are being urged to wear one whenever they leave the house.

Auckland Transport estimated about 9 out of 10 people were using a face covering.

Thousands of facemasks were distributed by police, who said the public largely embraced the new rule, with officers only speaking to a small number of people who did not comply. 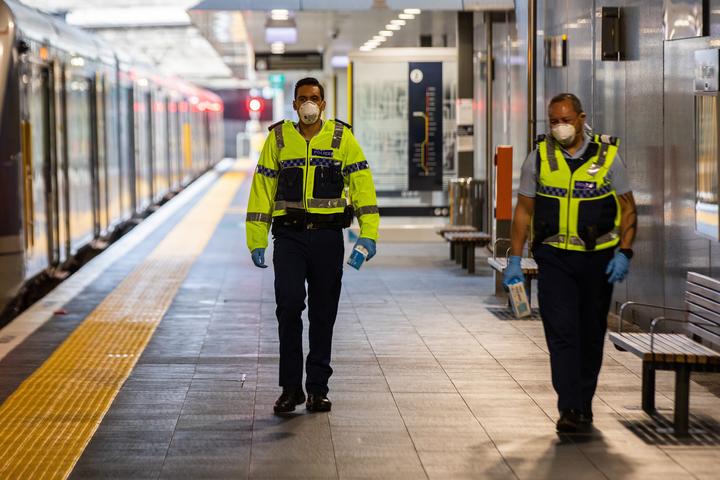 There were nine new Covid-19 cases announced in New Zealand today: Five in the community and four in managed isolation.

The five community cases are all linked to the current Auckland cluster; three cases are linked to the Mt Roskill Evangelical Church, two are household contacts of previous cases.

Active cases now stand at 131, of which 24 are imported cases and 107 are community cases. There were 11 people with Covid-19 in hospital; nine in a ward and two in ICU.

There have been 2621 close contacts identified and 2505 contacted and are self-isolating.

Covid-19 testing numbers in Auckland had almost hit the government's target of 7000 a day. Over the previous five days an average of almost 6500 tests were taken in the city, just 500 below the goal.

Before the target was set, daily figures had fallen to as low as 2500.

The Ministry of Health announced the launch of a review into a communications blunder where incorrect messages were published online, and promoted on Healthline, telling everyone in West and South Auckland - hundreds of thousands of people - to get tested for Covid-19.

ICYMI - Another five new cases of Covid-19 have been identified in the community today, all linked to the Auckland cluster. Four further cases have been found in isolation.

"There is significant pressure in many of our communities at this time and it's been really pleasing to see that people are making use of the supports we have available. We want people to know that there is help available if they need it - from face-to-face support, online and by phone.

"It is okay, if you are not okay, and it's all right to not be okay. This is a time of pressure for all of us in New Zealand and reaching out and supporting is what we need to continue to do.

"There is lots of advice on the Ministry of Health website and there is also links to a number of practical tools such as apps and self help online sites and many of them have free data available." 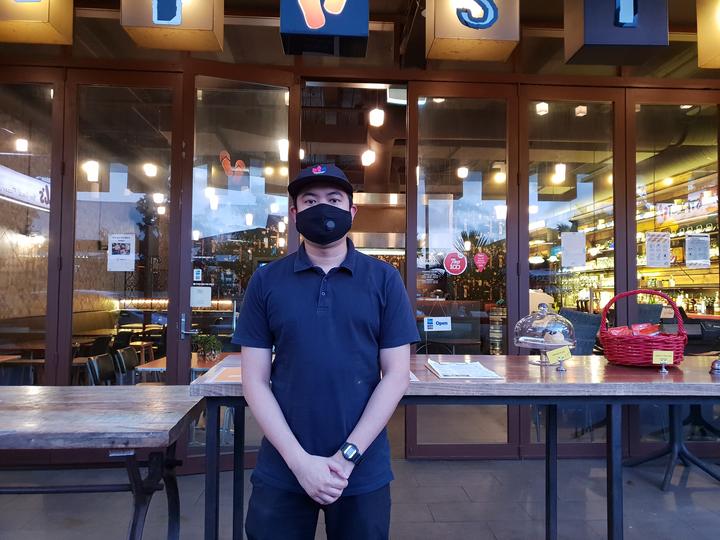 The prime minister said contact tracing was being stepped up for level 2, which will mean more people have to self isolate each time a Covid-19 case is identified.

Jacinda Ardern said contact tracing was both more important and more of a challenge as alert levels dropped because people would move around more and see more people. So contact tracing teams would try to keep tabs on more people per case than at level 3.

The government said it is moving to improve its contact tracing system.

Minister of health Chris Hipkins said the new version of the Covid-19 tracer app will be available from Thursday, and will allow people to save their National Health NHI number in the app. He asked that those not using the app still record details of where they've been and who they've been in contact with.

Officials were also looking into installing bluetooth proximity detection in future upgrades of the app.

Economic hit 'bad, but could be worse'

Firms' views of their own future was down by 8 points, with a net 17 percent expecting conditions to get worse in the next year.

There had been a 20 percent spike in people applying to withdraw from their KiwiSaver funds on the grounds of significant financial hardship, reported Public Trust, the organisation that signs off on withdrawals.

A survey showed small businesses were much better prepared for the switch to alert levels 3 and 2 this time, but more needed to be done to support staff working from home.

The telecommunications company 2degrees surveyed 1000 small to medium businesses, and found more than half of firms introduced new ways of working after the April lockdown.

Auckland domestic airport heaving as Aucklanders get the hell out of town on the day of Level 2.5 freedom pic.twitter.com/cFblHnr3Gd

Last Monday, there were 51 domestic flights into and out of Auckland Airport. Today more than 168 flights are expected.

"We were really pleased to see the majority of travellers wearing masks at the terminal this morning," an Auckland Airport spokesperson said.

The relaxing of Auckland's border restrictions has opened up Northland to the rest of the country, the Whangarei Mayor Sheryl Mai said.

She was expecting several deliveries of goods that couldn't make it to the region during Auckland's lockdown, as well as more visitors.

Being cut-off was difficult for the region, but she said there's still some concern about community transmission in Auckland.

The National Māori Pandemic Group Te Rōpū Whakakaupapa Urutā would have liked to see a "small amount of time at a higher level" while new cases were monitored over the next few days.

Co-leader Professor Sue Crengle said while there was genetic data showing the virus strain matches in the cases within the current Auckland cluster, authorities hadn't yet found how all of the cases were passed on.

"We still don't think the perimeter is really well described and contained even though it looks like it's one large cluster with some sub-clusters."

She said New Zealand's safety now depended on Aucklanders taking precautions against the spread of the virus.

"We have to rely very heavily on Aucklanders' commitment to protecting the rest of the country and taking the advice and the recommendations of the prime minister yesterday - practising social distancing, considering wearing masks and considering not going to social groupings that are large while there's still some ongoing transmission in the Auckland community."

Paul Anderson, the chief executive of Queenstown skifields Coronet Peak and the Remarkables said day passes dropped by 30 to 40 percent while Aucklanders couldn't travel, and their return was important for restaurants, accommodation and other local businesses.

Fiordland locals are being encouraged to help stimulate the visitor economy by inviting family and friends to visit. Destination Fiordland has launched a Host A Holiday promotion offering free passes for locals who bring out of town visitors to attractions, tours and cafes.