Aucklanders are waking up to life out of lockdown, with the city moving down alert levels at midnight, but it isn't completely joining the rest of the country in level 2 - instead moving to what Prime Minister Jacinda Ardern is calling level 2.5. 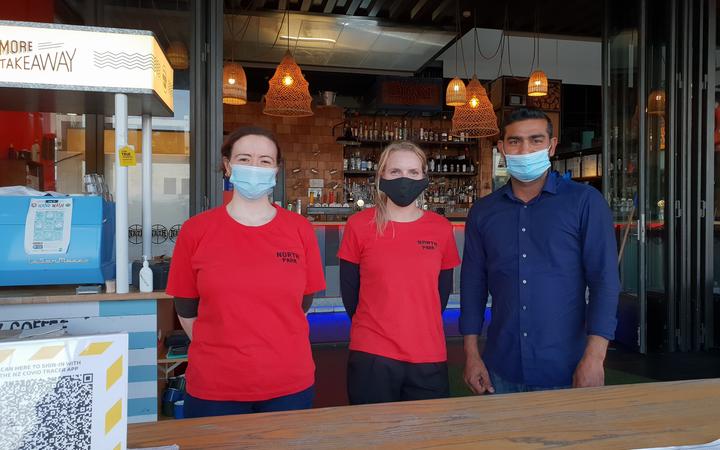 From today everyone aged over 12 must wear a mask on public transport, but Ardern has also asked Aucklanders to wear one whenever they leave their homes.

On Quay Street in the city centre, a lot of people - including Shahzeb Akhtar - said they were happy to oblige.

"That's a really good idea. I think wearing a mask and social distancing will always keep everyone safe."

Paul, who didn't want his last name used, said it might be too soon to move to level 2 but wearing a mask could reduce the risks.

"If we can't continue lockdown, the most efficient way is to try our best to reduce the spread of the virus."

Sarah and Ragenald were from Māngere in South Auckland, but moved to a hotel in the city two weeks ago to avoid any contact with the cluster.

Sarah said she'd like to see stricter rules on masks.

"I think it's better to make wearing mask mandatory because who cares if someone is suggesting something. She [the Prime Minister] is suggesting it but it doesn't mean much."

"If it was like compulsory ... then it's a rule that needs to be followed. I think people would follow that better than 'up to you' kind of thing."

At the city's once bustling harbour, restaurants and bars were busy preparing for the move back to level 2.

"We're ready for level 2 and we're so happy. Hopefully everything will be good at level 2 and the business will also grow. We'll just wait and see." 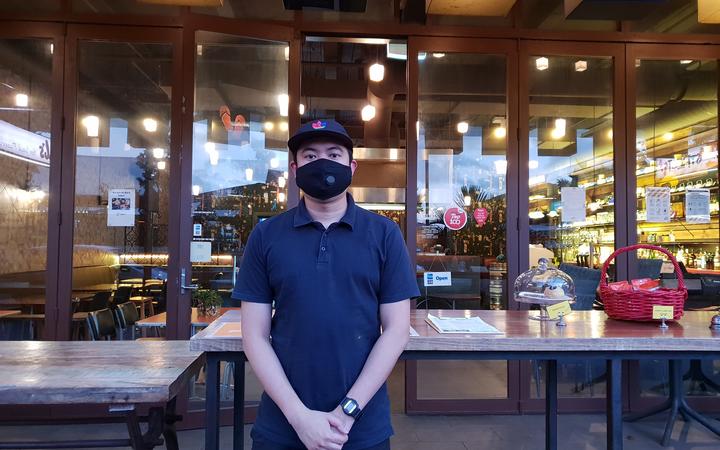 Waitress Jenny Stewart said the rules were fairly straight-forward and they were well-prepared from the last lockdown.

"We just moved some of the tables outside to make the distances between the tables more and of course there are limitations on population... We had someone outside to just keep an eye on things and make sure that we didn't go past the legal size limit."

She hoped customers would take responsibility for themselves and also keep staff safe.

"Once they're out of a retail or hospitality situation, they don't think about the people that have served them. It's just sort of at the background, but we're not. It's really important for everybody to pay attention to the legal guidelines, to wear their masks, to do their best, to physical distance, even in difficult situations."

Restaurant owner Leo Zhu said his business was not going to recover with the country's borders shut and hoped there would be support from the government, the council or landlord for business owners like himself.

"There is not going to be any tourists, there's no cruise... We lost pretty much 70 percent of income resource, plus all the office, they're not fully coming back for work."

Thai Street restaurant duty manager Teetatchai Powisan also said the past few months had been challenging, and he was looking forward to Aucklanders dining out again.

"Really happy that people can come to dine in in the restaurant again, that's the main point for now."

Social gatherings are restricted to 10 people, funerals and tangihanga to 50, and public venues such as restaurants and cafes can have up to 100 customers.

The new rules will be in place until at least Sunday 6 September.