One of the country's largest taxi groups wants more information on what will be required of cab drivers when new mask rules come in on Monday. 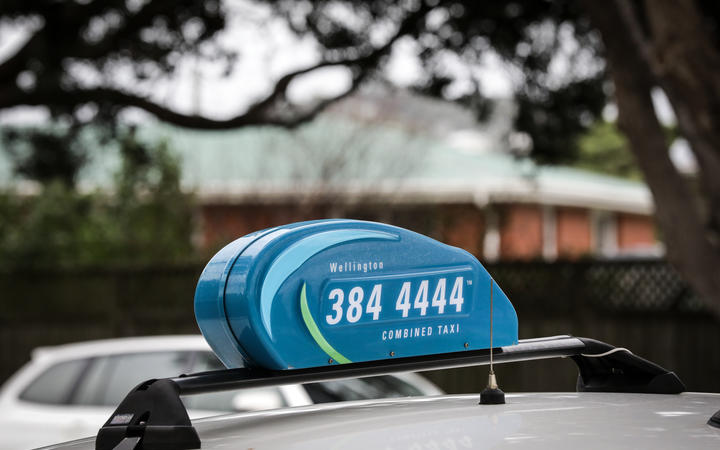 Blue Bubble taxis is concerned about the rules for masks in public transport - including taxis and rideshare services - and is calling for the government to clarify the rules. Photo: RNZ / Rebekah Parsons-King

Some taxi drivers are worried about having to confront drunk, belligerent people who jump into their cabs without a mask.

Wellington cab driver Yena says many riders who have had a few too many drinks would not comply with the new rules.

One of the country's largest taxi groups, Blue Bubble Taxis, wants information from the Transport Agency and the Ministry of Transport on how the rules should be applied.

Its drivers will have to wear a mask to be able to work, chief executive Bob Wilkinson said.

"We're scrabbling around trying to get as many masks as we can given that there is a limited supply, it appears, in New Zealand. We think we're going to be okay for a short period and we'll see how we go from there."

The information Wilkinson has so far is that it won't be the responsibility of the driver to become an enforcement officer for mask-wearing.

"There's going to be cases where drivers almost morally have to pick someone up whether they've got a mask or not, when you think about late night pick-ups where you leave people in dangerous situations if you don't pick them up," chief executive Bob Wilkinson said.

"From our indications, it's going to be at drivers' discretion."

Wilkinson said it was not clear whether requirements will any be different if it is not a safety situation.

"We would like some advice on that from NZTA and MOT," he said.

"We don't have that at the moment."

Carrying spare masks for passengers would be unlikely given there isn't much stock available, he said.

"We've got to source the masks ourselves for our drivers to enable them to work.

"The last thing we want to do is our drivers to run out and be unable to work, so it's really down to the public to make themselves responsible for getting that.

The union representing bus drivers wants the government to supply security guards to enforce the rules and keep drivers safe.

He said it could get worse if they were forced to check the mask-wearing.