An academic involved in a trial of the CovidCard has high hopes for its use as a tool in the battle against coronavirus in managed isolation and quarantine facilities. 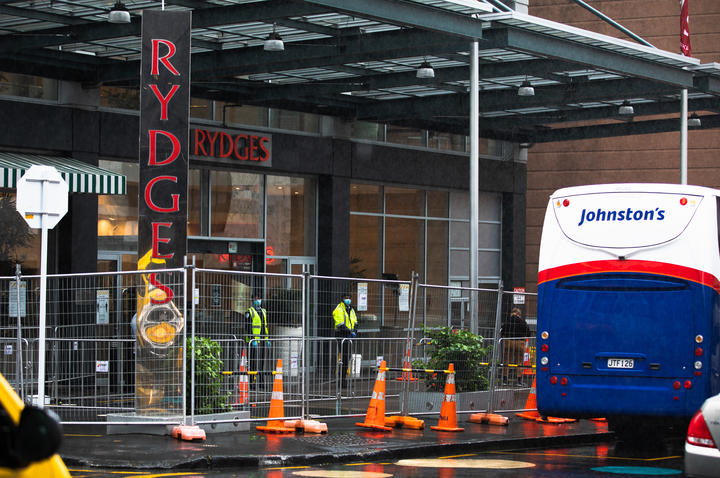 The CovidCard is a device the size of a credit card that aims to detect and record close contacts using bluetooth and store that data for 21 days on a person's card.

Dr Tim Chambers, a senior research fellow at Otago University, led the trial in Nelson Hospital where he says the card worked as intended.

He told Morning Report that it could have helped pinpoint the source of infection quicker in the case of the Rydges Hotel maintenance worker, whose case was under investigation last week.

"You'd be able to look at the social contact data from the CovidCard and see where there was more interaction occurring than you'd like ... and try and put in policies in place to try and minimise the amount of social interaction.

"Or in the case of the maintenance worker, perhaps he didn't have any social contact with anybody and then you can rule that out and then you might know it's an environmental exposure."

In the last update on the case, the Ministry of Health said the strongest line of inquiry was that the worker went into a lift moments after an infected returnee and may have picked it up from a contaminated surface.

In addition, there were two other benefits to use of the CovidCard, he said, including quick identification of close contacts to be able to ringfence them, and figuring out the chain of transmission.

The CovidCard is currently being trialled in Rotorua, which Dr Chamber said would help answer more questions.

Although one challenge that has been identified is whether or not there will be uptake of the card, Dr Chambers said researchers believed it was more important to focus on who carried it rather than the percentage using it.

"Last week, we published the Cochrane review looking at all the literature around visual contact tracing solutions and you don't actually need a huge amount of uptake to have [an impact] on the epidemic curve.

"You just need to have a good proportion of people carrying it, especially those in higher risk situations, like public transport and social gatherings."