There are nine new cases of Covid-19 in the community in New Zealand and two in the country's managed isolation and quarantine facilities, Director-General of Health Ashley Bloomfield has revealed.

There are eight people in hospital due to Covid-19 - two in Auckland City, one in North Shore Hospital and five in Middlemore Hospital, including one in ICU.

An additional person in Waikato Hospital was hospitalised but not as a direct result of Covid, Dr Bloomfield said.

Dr Bloomfield also confirmed that the St Lukes case has now been linked to the current cluster through genome tracing, and that the person may have been on the same bus with another case on the morning of 12 August - just before level 3 restrictions.

Dr Bloomfield said other people on bus may have been at risk - and there will be contact tracing, isolation and testing - and the case underscored the importance of using masks on public transport

The possibility that the Rydges Hotel maintenance worker caught the coronavirus from the lift was still being investigated.

One of the new imported cases is a female in her 30s who travelled from London via Hong Kong and arrived in NZ on 15 August, before becoming unwell on 19 August. The second is a male in his 50s who returned from Basrah via Dubai and Sydney between 6 and 17 August. Both cases have been transferred to isolation facilities.

Of the nine new community cases, five were related to different churches in South Auckland and four were household contacts. 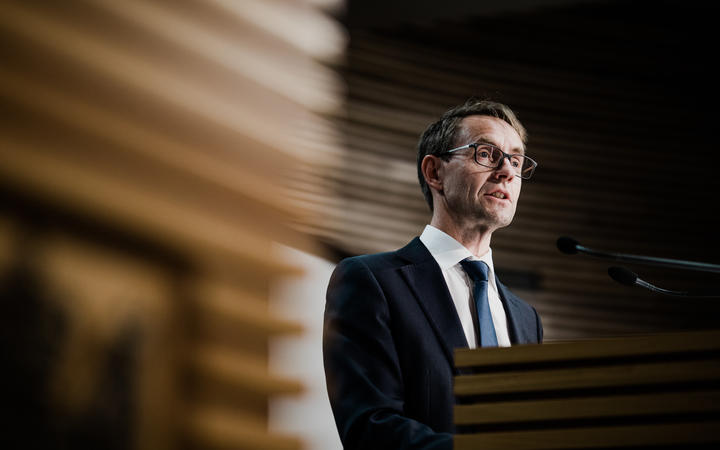 Dr Bloomfield said 88 of the 89 cases in the community are linked to the cluster and one is under investigation.

He said there were 223 contacts from churches linked to the main cluster in this country - 170 tested, and further tracing would continue.

There are now 143 people linked to community cluster in quarantine, with positive tests. There were now a total of 1315 confirmed cases, including 105 active cases, with 16 from managed isolation.

Dr Bloomfield said surge testing of border workers was nearly done - further testing in Auckland will start next week and then regular testing will begin.

Yesterday, there were five new cases of Covid-19 in New Zealand, all relating to the existing Auckland cluster.

Cabinet met this morning to review the settings for the alert level restrictions throughout the country and Prime Minister Jacinda Ardern said it would meet to decide the next steps in the plan - and the alert levels for Auckland and rest of country - on Monday.

Ardern said the range of the cluster had been identified and New Zealand was not dealing with multiple outbreaks - the majority of cases had already been contacted traced and put in isolation.

She said the country was getting in front of the virus.

The prime minister began her comments at today's press conference by thanking those who had been tested.

"We would not have got in front of this cluster without them.

She said New Zealanders needed to stick together, supporting each other and acting responsibly to defeat Covid-19.

Ardern said the efforts of Aucklanders who have followed the alert level 3 rules have not been in vain, with the current restrictions stopping the virus from spreading wider.

"The response has been fast and effective, but it has not concluded yet."