The gates to the 14 Auckland volcanic cones will remain closed during Guy Fawkes unless the government move to ban the public sale of fireworks, the Tūpuna Maunga Authority says. 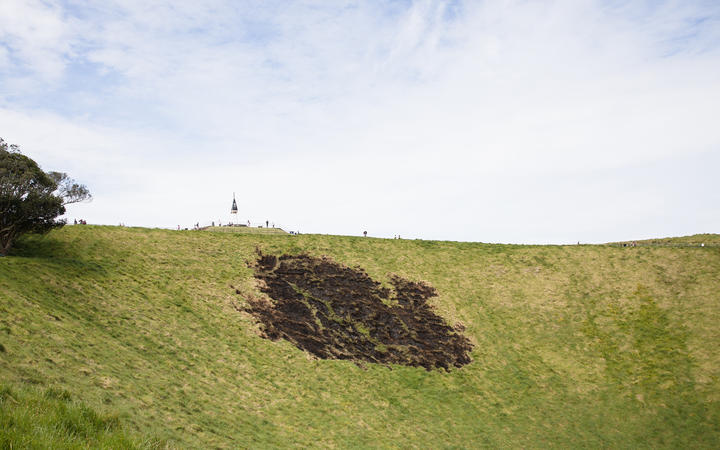 The Governance and Administration Select Committee has recommended there be no limitations placed on the public sale of fireworks.

The Tūpuna Maunga Authority oppose this decision due to the damage caused to the maunga previously from fires sparked by fireworks.

"The select committee had a responsibility here to put measures in place that would take fireworks out of the hands of those who aren't capable of using them sensibly, while still allowing the public to enjoy controlled public fireworks displays. It's extremely disappointing they did not do that," the authority's chair, Paul Majurey, said.

The authority has already banned fireworks on the 14 maunga it manages in Tāmaki Makaurau to prevent the "significant harm to these iconic taonga" that fireworks fires create.

There had been a fire at an Auckland maunga every Guy Fawkes for the last several years, Majurey said, and regenerating native vegetation had been damaged or destroyed.

He said it was extremely disappointing the government hadn't ensured only those capable of using fireworks sensibly were using them, and they would be banning people on the maunga on 5 November.

"We have powers under the Reserves Act to protect the tāonga, so we can literally close the gates."

"That of itself is not enough because there are many... entry points so, in the past at Guy Fawkes, it means we've had security and that's been at great cost but that's worthwhile to protect these tāonga."

He said there would be security manning the maunga during Guy Fawkes this year.

"We have no other option than to take it upon ourselves in terms of the various folk who belong to these Tūpuna Maunga - mana whenua, the communities - to protect them."

Majurey said the authority would be seeking a meeting with the prime minister on the issue.