Up to 20,000 new homes are forecast for Whangārei district in the next 30 years. 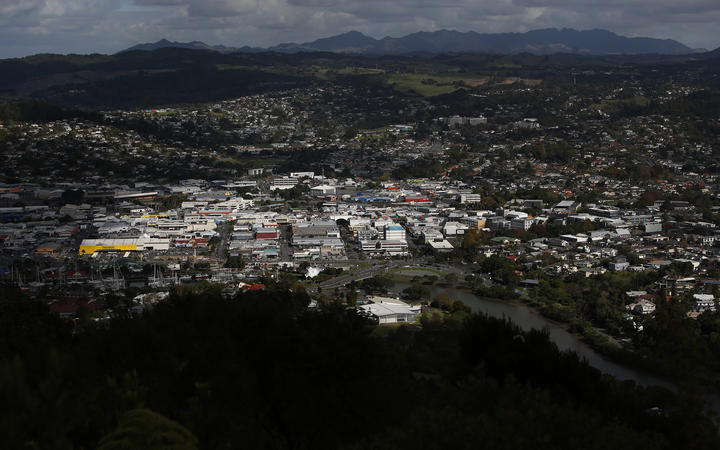 The prediction comes as central government directs councils to look at where urban growth can be accommodated. Photo: LDR/ Northern Advocate/ Michael Cunningham

Housing growth is identified for seven Whangārei city nodes, Hikurangi, Marsden Point/Ruakākā and Waipu for the next 30 years in the face of rapid population growth.

It comes as central government directs councils to look at where urban growth can be accommodated.

Housing is a key consideration for the Whangārei District Council draft future growth strategy. The draft will be out for a second public consultation next month, with expectation of the plan being finalised before Christmas.

Residential growth would come from consolidation in urban areas and urban fringe lifestyle block areas, rather than spreading into farmland, said Tony Horton, the council manager of strategy.

Up to 3000 of the new homes are forecast for Whangārei city's biggest single growth block - a major Vinegar Hill housing development zone on the city's northern outskirts, which stretches from north of Springs Flat southward across Ngunguru Road.

An area around Tikipunga's Paramount Parade and Kiripaka Road is also part of this node, and identified for infill housing and urban intensification of existing sections through developers pulling down homes and building several new dwellings on the same space.

These combined areas currently have 1023 dwellings. Their population is forecast to increase by 170 per cent in the next 30 years.

Horton said a second growth strategy consultation was being carried out in part because of government legislation changes around housing and urban development.

An online public survey would help provide feedback within the constraints of Covid-19 during the up to six week public consultation.

Whangārei's central city zone is earmarked for intensification through infill housing and redevelopment with up to 1200 new homes forecast from Port Road north through the Regent, Kensington, Otangarei and Whau Valley. It also includes the Avenues and Woodhill - up from the zone's current 1766 dwellings. A 14 percent population increase is forecast for the next 30 years.

In Kamo west and Springs Flat up to 1200 extra homes are likely, the majority from infill and redevelopment adding to the area's existing 5600 dwellings. A 37 percent population increase is forecast.

Up to 2500 new homes have been identified for the Maunu growth node and its 1088 existing dwellings. This is for an area south of State Highway 14 around Austin Road and Morningside, Otaika and parts of Raumanga Valley off SH1. A 32 percent population increase is predicted.

Meanwhile the Onerahi growth node's forecast to get up to 800 new homes, adding to an existing 973 dwellings. This is almost all through infill and urban development around Onerahi Rise, with new future development signalled for Cartwright Road/ Grahamtown. A 9 percent population increase is expected.

In Raumanga/ Otaika up to 700 new residential units are likely, adding to an existing 1182 homes. Most of this is from infill and urban redevelopment across Raumanga Heights, Otaika and southern Morningside. A 19 percent population increase is forecast.

Parua Bay is forecast to get up to 600 new residential units, adding to an existing 958 dwellings. A 44 percent population increase is predicted.

Hikurangi is forecast to potentially grow by up to 400 homes, adding to 1066 existing dwellings. A 53 percent population increase is forecast.

In Waipu meanwhile, up to 2000 new homes are forecast, adding to the current 1897 dwellings. A 118 percent population increase is predicted.