Authorities say there's no obvious evidence a worker at a isolation facility who tested positive for Covid-19 had direct contact with the traveller who also carried the same strain of virus. 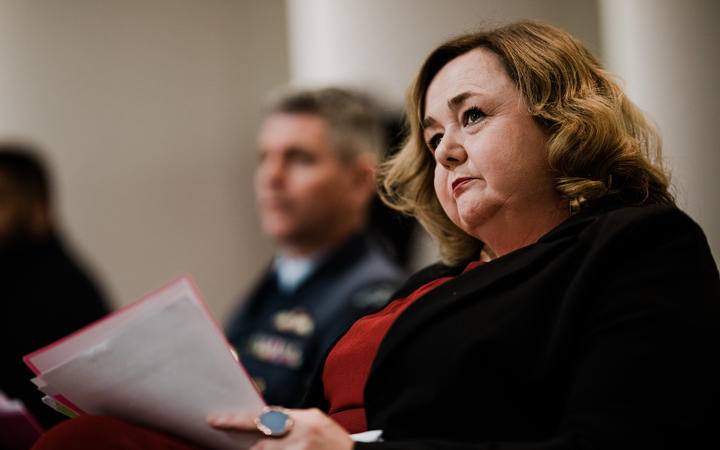 Speaking at the afternoon briefing, the minister in charge of managed isolation facilities, Megan Woods, said the case was not linked to any incident, system break-down or wider outbreak at the managed quarantine facility in Auckland where the man worked.

His work included carrying out maintenance jobs inside rooms at the Auckland Rydges Hotel, one of the managed isolation facilities.

Genetic sequencing linked his case to the same strain of virus found in a woman in managed isolation at the hotel between 28 and 31 July after returning from the US, and who was later transferred to another quarantine hotel.

Woods says experts have advised her the evidence points to the maintenance worker contracting the virus after the traveller contracted it.

"To date, there's no obvious evidence of person to person contact between the worker and the returnee, in fact this case highlights how tricky and insidious this virus can be."

The worker was in the same bedroom the woman stayed in twice, but both cases were before she arrived at the hotel - on 21 July, to fix a television, and 23 July to fix the shower.

Card access records for the room show he wasn't in the room during her stay or after she left the hotel, Woods said.

"In terms of procedures of use of PPE by the maintenance worker, coupled with the knowledge of when he was in that particular room, is something we're satisfied with.

"The positive test that he returned [on August 16] showed that actually it was a reasonably new infection. So the dates don't match up to say that he had Covid when he went into the room."

"Through swipe card access we've seen the times the US returnee was out of the room, she was a returnee who stayed in her room a lot for the three days that she was in the facility ... two or three occasions when she left."

You can watch back the media conference here:

Woods told Checkpoint there's no evidence so far that a third unknown person with the virus could have linked the two cases, but surface contamination is being investigated as the source, and can't be ruled out.

All workers from the Auckland Rydges facility have been tested, and are being retested "to make sure no stone is left unturned", she says.

Woods says the woman's room hasn't been occupied since she left the hotel, and no-one went into it for 14 days after she left until it was given a "hospital grade cleaning with hydrogen peroxide vapour sanitiser using a Bioquell machine" on 14 August.

"It was an incredibly well run facility, and there have been no incidents at this facility."

The hotel worker developed symptoms on 11 August, was tested on 13 August, and his results were returned on 16 August. The case was included in cases reported that day, but more details - including where he worked - were not released until today, as the Ministry of Health was awaiting the genetic sequencing report, Woods says. 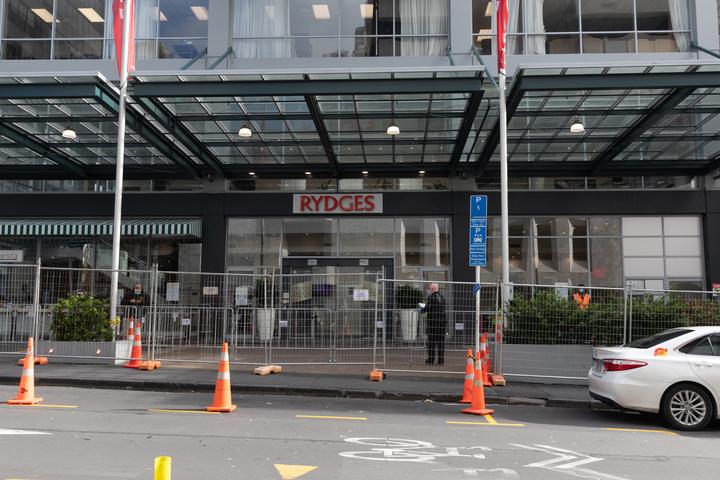 Mandatory testing for workers at quarantine facilities, unless they were symptomatic, was not required until Friday 14 August by the Director-General of health until recently, Woods says.

The worker passed health checks already in place for workers such as temperature checks, and didn't at first believe he had any symptoms of the virus, attributing a cough to a pre-existing condition.

Staff are now required to be regularly tested, regardless of whether they show symptoms or not.

"We continually have to evolve our systems to ensure we're keeping ahead of [the virus]."

"This particular case involves a Rydges maintenance worker who does not routinely interact with any of those returnees."

Webb says as soon as the positive test was returned on Sunday the Rydges Hotel was put into lockdown, and a close analysis of movements in the hotel was carried out, including reviewing CCTV footage and room entry data.

Webb says the investigation confirmed infection control measures in place at the facility were followed, and the facility has now returned to normal operations.

The workplace safety watchdog is stepping in to investigate if quarantine hotels are keeping their staff safe.