People should prepare themselves for the possibility restrictions will stay in longer than three days, scientists say. 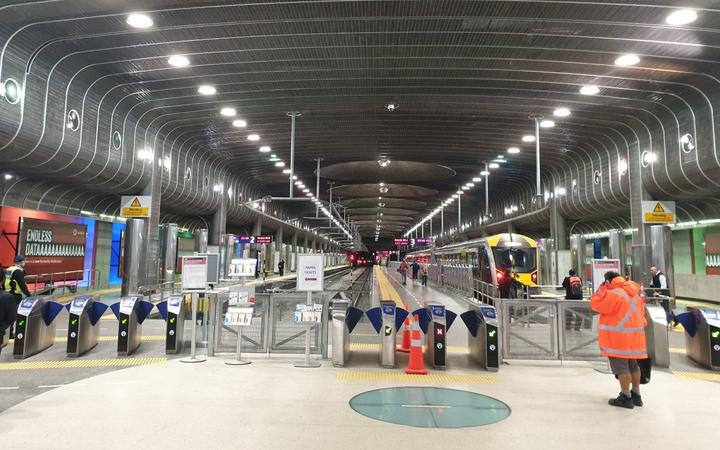 Auckland moves to level 3 at noon today for three days, until midnight on Friday, after news of a community outbreak of Covid-19 - the first in more than 100 days.

Four members of a South Auckland family have tested positive and health authorities are racing to find the source.

Everyone working at the border or in managed isolation will be swabbed and there will be mass testing across the city. Two pop-up centres are opening this morning in Ōtara and New Lynn.

The rest of New Zealand is entering alert level 2 from midday today for three days, also until midnight on Friday.

However Professor Shaun Hendy, a physicist from Auckland University, said people should prepare themselves for the possibility restrictions will stay in longer than three days.

"This initial period is to try to give us a handle on how big the outbreak might be," he told Morning Report.

"We haven't identified the links or the chain of transmission back to the border which is the most likely route of entry for these new cases.

"If we can identify that, then that possibly gives us the chance of a more localised and shorter lockdown.

"If we're unable to do that people should be preparing themselves for a longer lockdown period."

Over the long term it was not possible to keep Covid-19 out, he said. "This is sooner than we would have hoped but we have been preparing for it."

Hendy said there was a likelihood it has got out of Auckland as someone in the chain of transmission could have travelled outside the area.

"I think people around the country should act as if the disease is present in the community."

Microbiologist Siouxsie Wiles said because the source of the four new Covid-19 cases have not yet not been located, cases could appear in other parts of the country.

"That's why the next few days are absolutely crucial, to understand how far this outbreak might have alread spread," she told Morning Report.

Wiles said New Zealand had acted fast and hard, whereas in Melbourne, which went from a handful of cases to thousands, it took five weeks to enact this kind of lockdown.

"It may well be if we start to see cases in the rest of the country that we all move up a level.

"So everybody must be prepared that this will last longer than three days."'

She said the important thing for everyone in the parts of the country at level 2 was physical distancing and wearing masks.

Otago University public health professor, Michael Baker, said the best scenario was that further investigation found links to an overseas source and that the outbreak is small and quickly controlled.

"It's always been a high risk that we would see more cases in New Zealand because we have a lot of people coming back into New Zealand.

"New Zealanders need to be able to return to this country but it does pose this risk."

The priority was to control the outbreak, and then to work out what allowed this to happen, he said.

"We've got very good techniques for understanding these outbreaks and there's genomic methods that can link these cases to potential cases detected in managed isolation or quarantine facilities."

A fall in testing rates since the end of June did not help, he said.

"We have to work very much harder with testing in these situations.

"Events in Victoria and now unfortunately here show just how important it is that we have sufficient testing to detect outbreaks quickly."

Otago University epidemiologist Professor Nick Wilson told Nine to Noon the current state of digital contact tracing was disappointing but was confident the outbreak could be brought under control.

"It is disappointing that the technology around contact tracing hasn't advanced as quickly as it could have, and although manual contact tracing is almost certainly going to help a lot with this particular outbreak and has a good chance of success, we should have really been using the last two months to get the other digital technology to make contact tracing work even better," he said.

In the future technologies being used in other countries should be explored to bolster manual tracing, he said.

"I'm reasonably confident that we have the tools available to control this outbreak and move back to elimination status, but for the future we do need to have these other technologies very well explored so that New Zealand can have state-of-the- art control measures over all the relevant domains."

It was likely that there are other cases in the community, he said.

"But we have to remember that we've been in a situation where there were a lot of clusters around the country and they were successfully controlled - although obviously the lockdown measures contributed a lot to that control - but we have learned a lot about contact tracing and now we have got other things in place, we've got mask use, we're focussing the restrictions on Auckland and they will also dramatically reduce transmission.

"So, even if we don't track every case, it's quite likely those other cases will never lead to further infections."