Police checkpoints were set up around Auckland's borders, people rushed to the supermarkets to stock up and testing centres boosted capacity as New Zealand moved up alert levels in response to community cases of Covid-19. 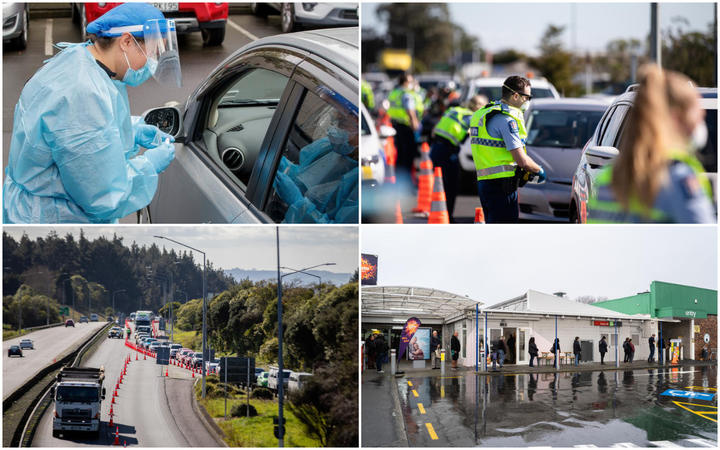 The resurgence plan has been actioned after four members of one South Auckland family tested positive for Covid-19.

Dr Bloomfield said today that another four people connected to the family were being treated as probable cases. They are all symptomatic and are in isolation.

He made the significant move in issuing a health order for all the colleagues of the people who tested positive, and the people they live with, to stay at home until they are contacted by health officials and given further instructions.

Police and Defence Force staff have been present at nine checkpoints around Auckland. About 30 to 40 people were turned around for various reasons, but most showed a commitment to do the right thing, police said.

Meanwhile, Covid-19 testing centres across Auckland boosted capacity and can now analyse up to 8000 swabs daily.

More than 1600 people had been swabbed by 1pm at two pop up centres in Ōtara and Grey Lynn.

All will be open for seven days a week.

Northern Region Health Coordination Centre lead Margie Apa said it was essential to provide as much access to testing as possible.

She said the waits at testing centres today had been very long.

Apa urged people to be prepared for more lengthy waits if they were heading to testing centres.

There is no community testing available at hospital Emergency Departments.

Look back on our live coverage here: