Liability for a breach of the Marine Reserves Act extends beyond the skipper already charged, a lawyer for the Ministry for Primary Industries says. 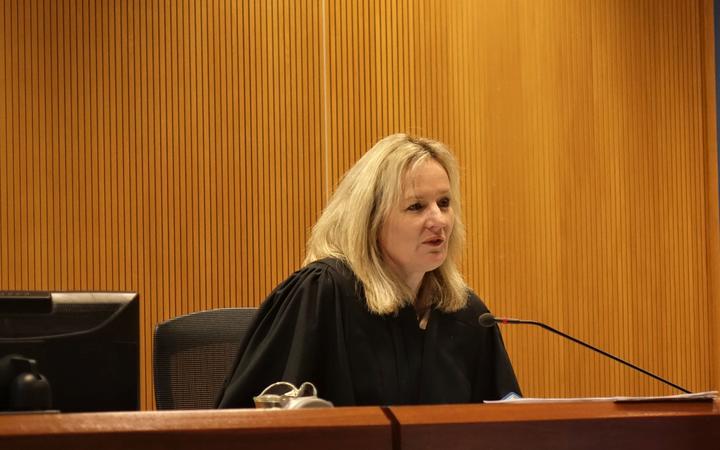 Darryle Saunders was fined $15,525 after he earlier admitted catching 104 kilograms of fish from a marine reserve off Kaikōura last year.

The charges against him and the company, Amaltal Fishing, were brought by MPI.

They related to the incident in March last year when the Amaltal Mariner was detected by MPI's geospatial monitoring system trawling inside the Hikurangi Marine Reserve off Kaikōura.

The protected reserve is a haven for whale, dolphin, and seabird species.

Talley's-owned Amaltal Fishing Company denied the charge and sought to have it dismissed at a hearing in the Nelson District Court today.

The Hikurangi Marine Reserve was established in 2014 when Land Information New Zealand issued a preliminary notice to mariners that listed the coordinates.

In 2016 Linz updated the relevant nautical chart to include the reserve.

Talley's deep-sea division general manager Tony Hazlett told the court today that vessel masters were responsible for ensuring all navigation updates were correct, and therefore the skipper should have known he was operating in a closed area.

"The master should be able to plot that, both on his plotters and on his chart. It's definitely their responsibility to do that - it is what is required of them as master of that ship."

On 12 March 2019, the Amaltal Mariner left Nelson to fish orange roughy on the east coast of the South Island.

The day before the Amaltal Mariner departed Port Nelson, Talley's issued Saunders with a catch plan for the trip which detailed the species and tonnage to be caught, and in what areas.

The plan stated it was the captain's sole responsibility to adhere to all existing boundaries, including closed boxes (restricted and prohibited areas), benthic protected areas, fisheries management area lines and economic exclusion lines.

The plan urged all skippers to ensure fishing zones were accurate on their plotters.

On 17 March the vessel was off the south coast of Kaikōura to the east of the reserve and began a bottom trawl. The mariner was about 900 metres inside the reserve when the trawl started, but the net was about 640m outside the reserve. It then towed the net into the reserve where it travelled along the seafloor for 10 to 12 minutes, in which time it covered a distance of about 1100m to 1400m.

The net was retrieved while still inside the reserve. The fish caught from the area included orange roughy, smooth oreo, pale ghost shark and a small amount of ribaldo.

No benthos (seafloor organisms) was recorded as being caught.

Once back at the port, Talley's processed and sold the fish which amounted to $489.58 worth, along with the rest of the catch from the trip.

Saunders said earlier he did not know the reserve was there as it was not marked on the on-board paper chart.

Hazlett told the court today that when the mariner went into the reserve, it was not on the electronic chart plotter, but Talley's had since updated plotters in the company's fleet to show the reserve.

"Talley's have subsequently upgraded their systems to include geofencing, whereby alerts are generated when a vessel approaches or enters a restricted or closed area."

The boundaries on the plotter cannot be altered by the skipper.

MPI lawyer Julie Wotton said it was inexplicable how a marine reserve added to nautical charts in 2016 was not marked on the vessel's electronic or paper charts.

"In this case, the ignorance of the reserve was the result of insufficient steps being taken by the defendant to find out the facts.

"The defendant is culpable." 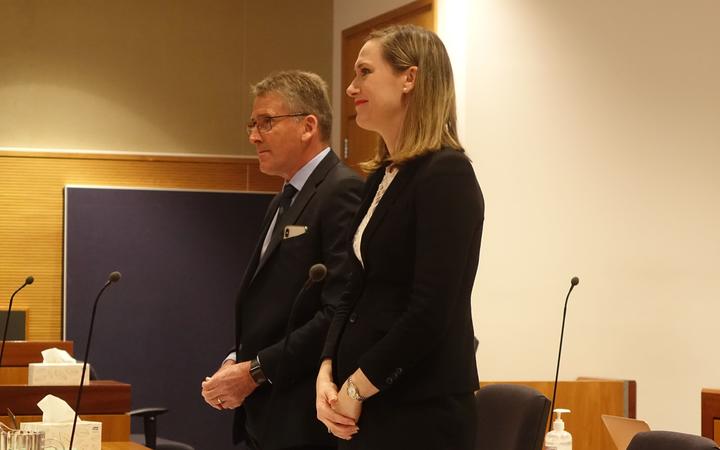 The defence also sought to remove the company's liability by narrowing the focus to who had taken the fish and landed it on the vessel.

Lawyer Honor Lanham told the court Amaltal did not own the vessels or employ crew, but could only authorise use of the permit, which was to fish lawfully.

She said to infer Amaltal was liable was like saying that a company could be held liable for the actions of an employee of another company, in a situation where the first company had permitted the second to use its assets.

"Should they be criminally liable for what the driver does in the car?" Lanham argued.