A $750,000 cash boost to council-controlled organisation InfraCore has been described as an "investment" and is not a "prop up" or bailout. 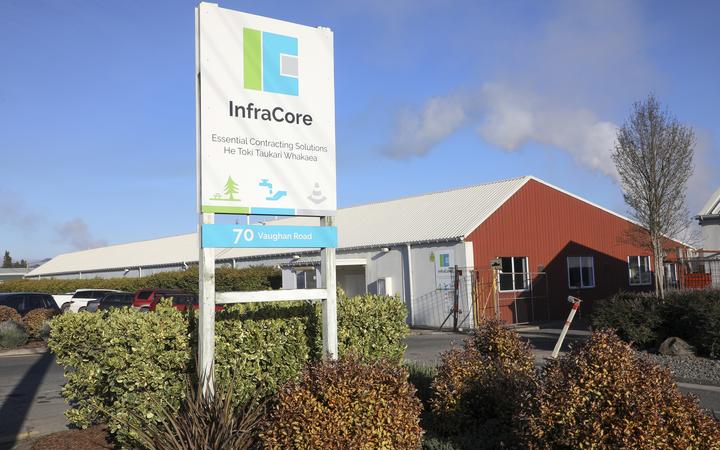 Those comments are from chief financial officer Thomas Colle following questions from the Rotorua Daily Post about its decision to buy 750,000 $1 shares - funded from rates - in the wholly council-owned organisation.

The decision was unanimously agreed to at a full council meeting on Wednesday last week and was additional funding in order for InfraCore to buy "critical equipment", including mowers, street sweepers and diggers.

InfraCore is in charge of the council's infrastructure, maintenance and construction works.

Colle said the cash boost for InfraCore was not a bailout.

"InfraCore's draft result for the 2019/20 financial year is a surplus, better than the anticipated result which, pre-Covid was for the CCO [Council-Controlled Organisation] to end the year on budget.

"A surplus, therefore, is very pleasing and InfraCore is in a solid financial position, tracking to break even this financial year … and well placed to deliver both its core services and positive social outcomes."

Asked why the organisation required additional funding if it had recorded a draft surplus, Colle said the council was "not doing this to prop up [InfraCore's] finances".

"It is a shareholder injection for InfraCore to acquire new equipment."

He said it was "not uncommon" for shareholders to invest further in a business.

In the council agenda ahead of last Wednesday's meeting, council officers' report to the council on the decision stated InfraCore had "worked to realign the conditions of the collective agreement, implement a standalone workflow management and financial system, reset expectations and values amongst the workforce and build a management team capable of taking the organisation to the next level".

It said that "realignment" had come at a cost, "with many realignments attributing to the losses seen in previous years".

"InfraCore has been unable to recapitalise plant and equipment to enable the most efficient practices within the business with limited cash flow available," the report said.

"The lack of reserves coupled with a challenging cash flow position has meant that replacement has not been an option and InfraCore has spent large sums to keep plant and machinery operational.

"This investment will ensure InfraCore are well-placed to start having strategic discussions with other parties, and enable them to take on further work streams where possible."

Asked for further clarity on the way in which "new systems, structures, processes and values" had impacted InfraCore's need for capital, Colle said new systems, structures, processes and an "improved culture and staff engagement" led to improved efficiency and effectiveness of staff and the organisation as a whole, both operationally and financially, including through cost savings.

"That's obviously good for the CCO, for [the] council as the shareholder and ultimately for the communities we service."

Asked what the benefit of the method of buying shares was to the council and ratepayers, Colle said it was a "commonly used financial mechanism" and was not taxable, which a funding increase would be.

"It is not uncommon for shareholders to invest further in a business and the amount of $750,000 is what the CCO requires to purchase new equipment.

"This will enable [InfraCore] to deliver its services more efficiently and effectively, lower operating costs, take on more work and maintain its positive trajectory.

"Increased efficiency and effectiveness will also enable InfraCore to take on more work, contributing to [InfraCore's] ongoing sustainability and potential, keeping it in work and people in jobs."

He said InfraCore contributed to the district's "long-term vision" and to Rotorua's "Build Back Better" economy recovery, for example providing three months' work clearing rural roadsides for 25 people unemployed due to Covid-19, funded by the council and the Provincial Growth Fund.

In response to the question, "could InfraCore's current financial situation have been foreseen, mitigated or avoided?" a council spokesperson said the council was "not clear" what was meant by the question.