The Transport Agency has identified problems with two new bridges being built on the Auckland Northern Corridor highway project. 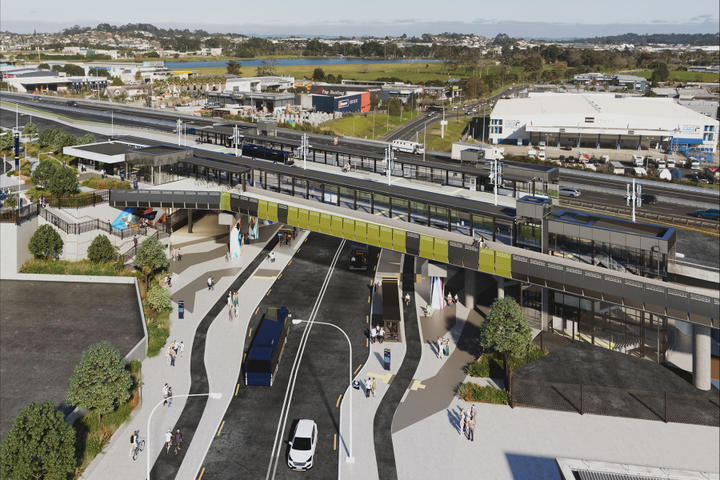 That's partly due to efforts to speed up construction after a five-week Covid-19 shutdown of the $700 million job.

The Agency is reviewing the design of the Rosedale Busway bridge after changes to an abutment to speed up work put the bridge out of alignment.

A peer review due this month would "identify solutions for issues identified with aspects of the bridge design", the agency told RNZ.

Separately, a review was sparked in February when it discovered that beams on the Albany Busway Bridge had the wrong pre-camber - the slight curve engineered in to each beam to take the weight of concrete and traffic.

The way the top concrete was poured was changed "to mitigate any construction risk", it said.

"Subsequent checks have confirmed there are no issues with the quality of the bridge."

Neither review added to project costs, it said.

These two reviews in Auckland follow two other reviews into claims of deficient design of bridges under construction on the new state highway to Wellsford.

NZTA said these reviews showed the 20-metre high viaducts would have no safety issues when built.

They also said no reworking has been required, but this appears to pre-empt the findings of the Rosedale bridge review, and RNZ is seeking more information, including asking what measures the agency takes to prevent fundamental design oversights and errors from the get-go.

It said in its statement that "both of the reviews and the actions taken as a result are examples of quality assurance processes working as intended".

The agency has been under pressure to improve road-building methods for years, particularly after early failures on some major roads where the most expensive part, the pavement base and surface, caused concerns.