An inexperienced doctor and inadequate supervision meant a critically-ill toddler did not get potentially life-saving treatment. 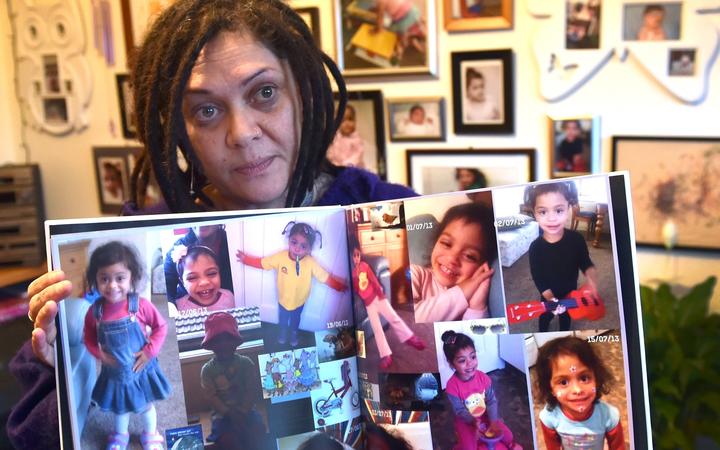 Hineihana Mausii died on 29 September 2013, a day after being discharged from Dunedin Hospital's emergency department for the second time in as many days.

Coroner Brigitte Windley's findings into the child's death have been released today.

The two-year-old's heart was racing at 175 beats per minute.

She was pale and breathing fast with grunts.

It was the second time she had presented at the department in less than 48 hours, after she awoke and screamed out in distress early the day before.

But on the second presentation on 28 September 2013, only about an hour after arriving at the hospital and after being assessed by a junior doctor, she was discharged about 10pm.

Only 15 hours later she was dead.

Windley's findings said those who had reviewed the little girl's treatment agreed the doctors let her down.

"There is consensus that Hineihana should not have been discharged home from the ED barely an hour after presenting on the evening of 28 September 2013, on account of her clinical presentation and history," the coroner said.

What no one knew at that time, and what everyone missed, was that the little girl was suffering from sepsis due to acute myeloid leukaemia.

That revelation only came about following a post-mortem after her death.

But the findings said if she had received gold-standard care and was admitted to hospital at her second presentation at the emergency department, subsequent testing might have revealed the child's critical state.

"The lack of constitutional symptoms, or clinical signs, suggestive of a leukaemia, mean that I do not see any indication for a full blood count being undertaken at any time in Hineihana's medical care to specifically look for a diagnosis of leukaemia.

"However there may have been other opportunities due to her presentation where a full blood count would have been indicated, and that incidentally, this would have alerted clinical staff to the possibility of an underlying leukaemia. A considerable proportion of paediatric leukaemia is diagnosed in this manner," professor Stuart Dalziel told the coroner.

Further Dalziel said it seemed likely admitting Hineihana to hospital at the second presentation would have at least prolonged her life by days.

"What we don't know is what would happen in the next few days, but I think your expression is right, it was more than likely if she had received the IV antibiotics that she would have survived for those next few days," he said.

But Elvins said if her daughter received the care she should have, it would have given her a chance to fight and all she needed was a chance.

"The opportunity was taken from her the minute they sent us home - 'She's going to be all right, off you go, we're busy'," she said.

She was certain if her daughter was given the gold-standard of care she should have been - admitted to hospital, given a chest x-ray and antibiotics, and blood tests done - she would still be here.

"The thing that I will always go back to is there's a chance that she would've survived it and my Hinei was a little fighter, but she couldn't fight through what she was dealing with at that time because no one was helping her to get through that like they should have been."

The coroner found the critical failings were the junior doctor's lack of experience and inadequate supervision by his senior locum consultant.

That, coupled with a culture in which staff struggled to question their seniors, meant red flags were missed.

"The decision to discharge Hineihana home barely an hour later, rather than have her remain in the ED for a further period of observation and monitoring, and the lack of clear discharge advice to Hineihana's parents on what to monitor for and when to return to ED, or seek further medical advice, cemented this critical failure," she said.

Both the doctors, who have interim name suppression, point the finger at each other.

The senior locum claimed he did not receive the information which might have revealed the seriousness of the toddler's condition, while the junior doctor said he deferred to the recommendations of his superior and was not comfortable questioning them.

Elvins said she wanted that to stop.

"The best that could ever happen [would be] if those doctors could just apologise," she said.

In a statement, Southern DHB chief medical officer Doctor Nigel Millar said Hineihana's death was truly a tragedy that led to deep reflection on why she was not cared for in the way she should have been.

"We accept all the recommendations in the coroner's findings, as we have for the previous investigations into this very sad event," he said.

"These recommendations have led to greater awareness and better processes for supporting accurate diagnoses for children in our emergency department.

"These include improving how our documentation for clinical processes are stored and communicated, and most importantly, embedded in the orientation and ongoing training of staff. Specifically, this includes communicating the requirement that children who re-present at our emergency department should be seen by a senior doctor.

"We will examine these findings that have been released today carefully to determine what further actions are necessary to improve our services, and prevent these circumstances from arising again."

Elvins said she wanted Hineihana's legacy to be no other family suffering the loss of their child unnecessarily.

But ultimately she said she could not find closure because her daughter, who would have turned 10 in November, should still be alive.

In a statement, Director-General of Health Dr Ashley Bloomfield said the Ministry of Health had worked with the Southern DHB and was encouraged by the changes it implemented following Hineihana's death.

The ministry was looking at how it could take what was learned from the case and apply it nationally.

"I express my utmost sympathy to the family of Hineihana Mausii for their tragic loss," Bloomfield said.

"Families around New Zealand should be able to expect that when they present to an ED their children will get appropriate care.

"The ministry is confident that DHBs take their role seriously in providing a high level of care, and it is important that we all learn from this devastating situation and determine what improvements can be made to help prevent this happening again.

"The ministry is actively considering the recommendation of a national framework to help provide consistency of standard and care across DHBs.

"We'll be able to provide an update on the response to this and other recommendations once we've fully reviewed the findings and determined what further system improvements might be needed."