Farmers are concerned about receiving fair treatment during a multimillion-dollar project to clean up a Marlborough catchment. 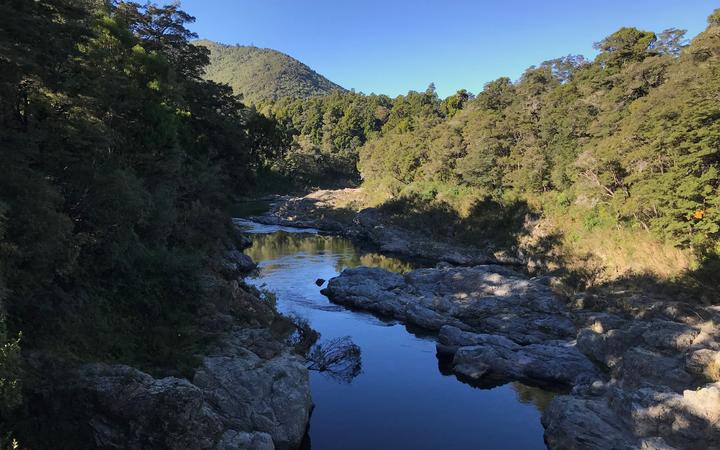 The project, set to start this month, aims to deal with nitrogen runoff, sedimentation and E. Coli risks in the Te Hoiere/Pelorus catchment, from the Pelorus River to the outer Pelorus Sound.

The scope of the project and how it will impact Marlborough Sounds farmers was a hot topic at a consultation meeting in Havelock last Thursday, attended by more than 100 people.

Councillor Barbara Faulls, appointed as a council representative for the project, said the project was "not about farmer bashing".

"This is about balancing [priorities], and making our communities and environment healthier and more productive."

An audience member said he doubted the community would back the project without an agreement on what the project defined as "more productive" land, to the cheers of others.

Ngāti Kuia chair Waihaere Mason said the project was not just about land or water, but about Papatūānuku or Mother Earth.

A pamphlet handed out at the meeting said the main source of nitrogen in the catchment's waterways came from pasture fertiliser and animal urine, and E. Coli came from runoff. 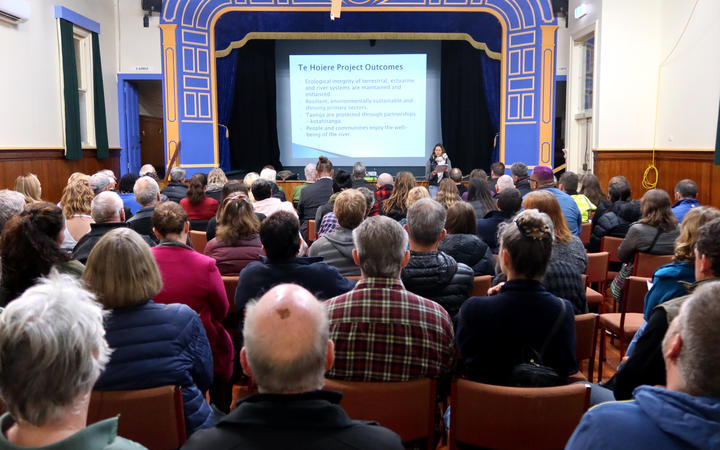 One farmer asked if a council-run water quality survey would acknowledge pasture runoff spiked when it rained. Another asked if staff could tell when contaminants came from plants.

"The catchment is alive with gorse and broom, which is nitrogen-rich. Can you tell the difference between that and nitrogen from a farm? ... Farmers want to help with this the best we can, but we think other industries are producing it as well."

Council environmental scientist Pete Hamill said rainfall and broom and gorse sites would be monitored to help find where contaminants came from in the upper catchment.

Council environmental scientist Matt Oliver said they would, but that forestry blocks were harder for surveyors to access on foot.

The blocks would instead be mapped by laser mapping technology LiDAR, with water quality tests taking place at the points where forestry met dairy, sheep or beef farms, he said.

A forester said he wanted climate change to be written into the project, and recommended it complete an emissions survey.

"I have young children and I worry about their future. If we don't address climate change as well, then in 100 years time a lot of what this focuses on will have been a waste of time," he said.

A dairy and beef farmer said if an emissions survey went ahead, it should be based on "facts and science", not ideology.

"During the coronavirus lockdown, emissions went below what they were before the Second World War and - surprise, surprise - it wasn't the cows who stopped making emissions," she said.

About a quarter of attendees put their hand up to show they would be interested in joining the project steering group, a community sub-catchment group, or a restoration project.

Further long-term projects would begin in 2022 following the development of an integrated catchment management enhancement plan, which would guide future funding bids.

This phase would focus on the wider Te Hoiere/Pelorus Sound from Te poho-a-kuia/Cullen Point to the Te Nukuwaiata and Te Kakaho/Chetwode Islands, and include coastal marine areas.

The project was one of the first to be delivered under the South Kotahitanga mō te Taiao Alliance, made up of Te Tauihu (top of the south) iwi, local and central government representatives.

A business case completed ahead of the project estimated it would cost between $25m and $75m over the next decade.

The project has so far been allocated shares of $8m through the Department of Conservation's Te Awa programme and $12m through the Ministry for the Environment.