Truckies and local leaders are at breaking point over a dangerous highway between Napier and Taupō, where eight people have been killed in the last year. 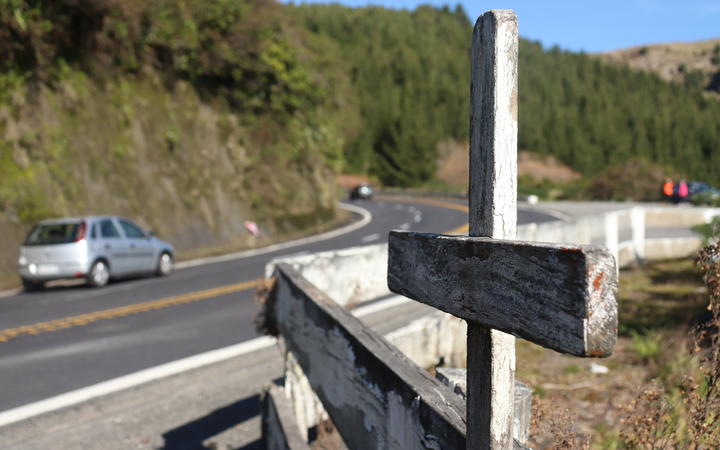 A cross stands on State Highway 5, marking the spot of a fatal crash on the road Photo: RNZ/ Tom Kitchin

They say government ministers and Waka Kotahi NZ Transport Agency are not listening to their pleas for change and safety improvements.

Truck driver Tony Alexander said he had seen many crashes along State Highway 5. He was one of the first responders to a crash in March, where a 21-year-old woman was killed.

He said the scene was "just carnage".

Alexander has been calling on Waka Kotahi to take action for months, but he said they had not properly addressed his concerns.

"Is it the workmanship, is it the fact that they're not using the proper materials, is it the funding, we just don't know," he said.

"We're the ones that are out here on the road and see this damage and we can't do anything about it." 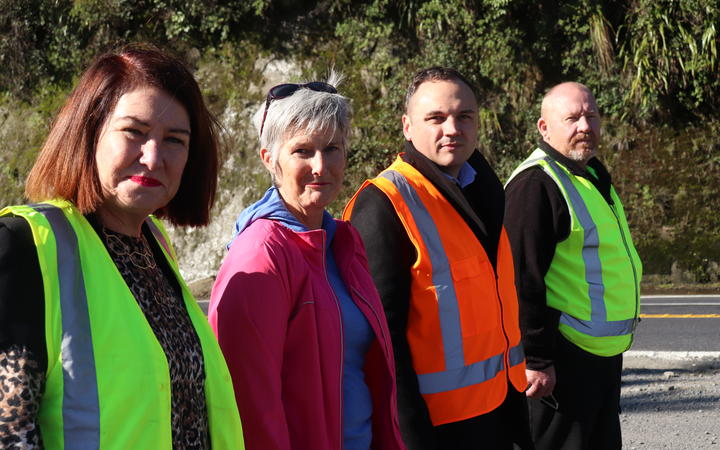 Hastings Mayor Sandra Hazlehurst said she received calls almost every day from residents about the state of the road, but no significant change had been guaranteed by central government.

"While there has been a small investment in this road over the last year or so, it's not sufficient and it is just replacing what is there and filling in," she said.

"There isn't any serious improvements made to the road that are going to make significant safety changes."

He said the road surface was like a "patchwork quilt" - as you drive you can see why there are so many accidents.

"Eight fatalities in twelve months is an appalling record of road safety and this road is a local and regional example of a national problem." 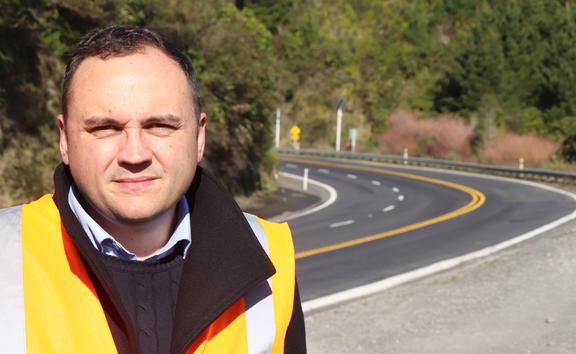 He put a challenge to Associate Minister of Transport Julie Anne Genter, who is responsible for road safety.

"What is the response from politicians when they've got a road like this that's a major carrier of people and freight and eight people have been killed in the last year. Surely there has to be some response and as I've said, I think Julie Anne Genter needs to come to the Hawke's Bay and see this for herself."

Genter was unavailable for an interview with RNZ.

While not directly addressing Leggett's comments, she said in a statement she expected Waka Kotahi to prioritise safety upgrades to the most dangerous roads.

"Safety upgrades, like side and median crash barriers and rumble strips, will be rolled out across the 3000km of high-risk state highways - we've already done 2500km in the last two years and we still have more to do," the statement read. 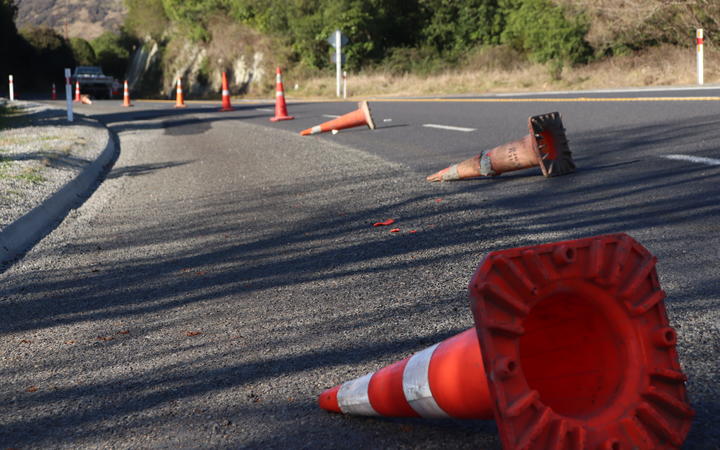 Cones left lying on the road - locals have seen them lying here for a long time Photo: RNZ/ Tom Kitchin

Waka Kotahi would not be interviewed either but its regional transport systems manager Oliver Postings was quoted in a statement.

"We recognise that the recent crashes on the SH5 corridor are a concern for residents and we are undertaking further analysis of the factors involved to determine whether there are specific issues or areas on the road that require our immediate attention," he said.

"While there are no current plans for major capital works on the SH5, we continue to explore possible options to improve the highway in the future and remain open to feedback or ideas.

"These possible options would be for safety improvements to the current highway - there are no plans to construct more lanes or passing lanes."