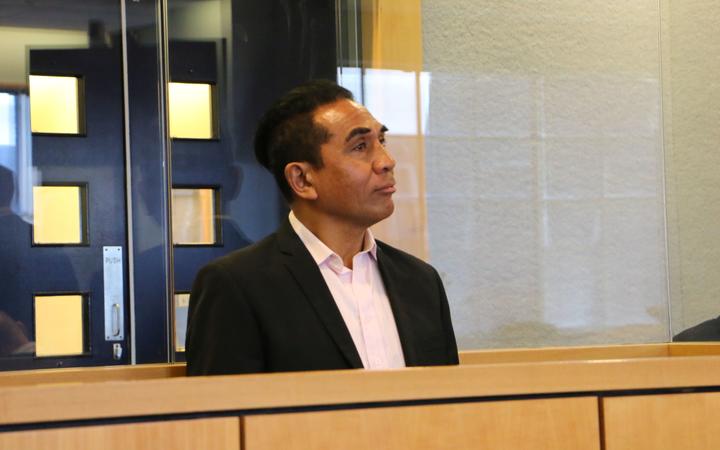 Swann, 56, is on trial in the High Court at Auckland after pleading not guilty to 10 charges of doing an indecent act on a young person.

It is the Crown's case he touched the genitals of six teenage boys; allegations he categorically denied in a trial last year and continues to deny in this month's retrial.

He told the jury it was every person's worst nightmare to be accused of such crimes, and his client was innocent of them.

"It should only become Swann's reality if the Crown can prove the charges beyond a reasonable doubt, and the defence says the evidence in this case - when you look at it logistically and forensically - falls well short of meeting that standard."

The 56-year-old sounded out a loud "not guilty" plea to each of the 10 charges as they were read out to him this morning.

Wimsett later said none of the boys had been sexually assaulted and, in an unusual move, confirmed Swann would elect to give evidence in his own defence.

"I'll be saying to you at the end of the case, is it possible that Swann's denials are actually true? I'll say of course it is.

"Not only is it possible, it's actually the true position. And if it's possible then the Crown won't have proven its case."

Much of the detail about Swann's case is suppressed to protect the identities of the complainants.

Opening the Crown's case this morning, Chris Howard told the jury they would be hearing from the six teenage boys themselves.

Howard said they had each been assaulted by Swann; sometimes alone, sometimes in the presence of others and sometimes behind locked doors.

He said the stories were too similar to be made up.

This afternoon a DVD interview was played, in which one of the complainants tells the interviewer Swann touched his penis behind locked doors.

The teenager was later pressed by Wimsett about his memory of the incident and admitted he had assumed Swann locked the doors without actually seeing him do it.

Swann's trial is one of the first off the blocks after jury trials were suspended in March ahead of the Covid-19 lockdown.

His trial before Justice Moore and a jury of six women and six men is set down for three weeks.