Air Marshall Kevin Short has apologised for providing inaccurate information to the public, saying the mistake "continued for a number of years".

Air Marshall Short has spoken to media after the inquiry into Operation Burnham released its report this morning.

The report from the Burnham Inquiry led by Sir Terence Arnold and Sir Geoffrey Palmer found officials did not plot to cover-up the casualties, as claimed in the book Hit & Run by investigative journalists Nicky Hager and Jon Stephenson.

It did find a child was killed during Operation Burnham in Afghanistan in 2010, but the operation that led to her death was justified under international law. Four other people were also killed, but the government inquiry could not determine if they were civilians or insurgents.

Air Marshall Short, the chief of the Defence Force, has officially apologised on its behalf for providing the inaccurate information.

"I am pleased that the inquiry's report has found that during Operations Burnham and Nova, our personnel operated with proper authorisation and conformed to the rules of engagement and international humanitarian law."

He said the operations were lawful, justified, and meticulously planned.

"However, this inquiry report demonstrates that we let our frontline service people down through a series of organisational and administrative failings that saw incorrect information provided to ministers and the New Zealand public. And for that, I am deeply sorry.

"The errors resulted in a number of mistakes over several years and saw inaccurate information about the possibility of civilian casualties given to ministers and New Zealanders. The mistakes were compounded when the inaccuracies were repeated."

The Burnham Inquiry found NZDF officials did not plot to cover-up the casualties.

"However inaccurate statements were made. NZDF acknowledges and regrets these mistakes," he said.

"If we are to maintain the trust and confidence of the people we serve, we must be accountable. We must be better at the way we record, store and retrieve information, and then subsequently present that information to ministers and the public. I will ensure this happens."

He said he was initially surprised "with what I was reading in the report and absolutely regret that it could happen in this Defence Force". 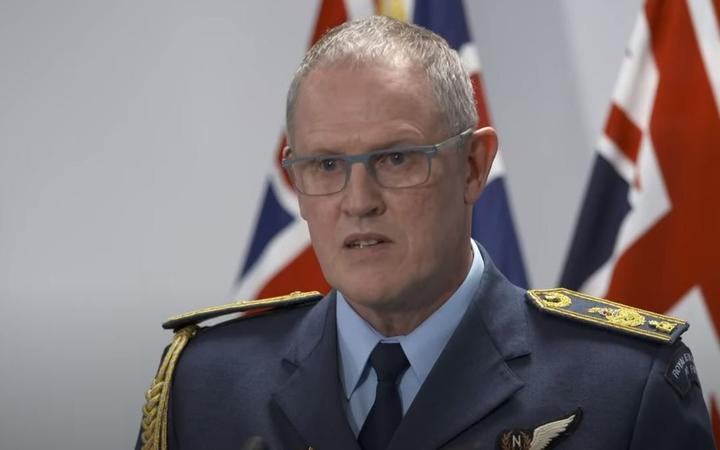 Short said information was shown to an officer in Afghanistan.

"It was a brief look at one paragraph within a report and from memory he reported that back. Unfortunately, there was no system put in place to expand on that information, check on its accuracy and then provide very accurate information to the chief of defence force and then on to ministers.

"It started with an inaccurate account of what had occurred and that mistake continued for a number of years."

He said the Defence Force had accepted that it needed to be far more inquisitive about the information and question the source of the material.

"As a cultural issue, we need to be more transparent in what we do.

"At times we are seen as not transparent usually because we don't want to give away our tactics, techniques and procedures because that gives us an edge ... we hold classified information close and we don't' share that. So there is a culture in our organisation about not disclosing, not talking about those issues.

"But that should not stop us about being very open about what we do and how we're doing it, in a general sense, with the public.

He said that he could never say that it couldn't happen again, but the structural changes in the department should result in a culture change.

He said New Zealanders could trust in the work that NZDF servicemen and women did.

Changes under way at NZDF

Short said he was "committed" to preventing the same mistake being repeated.

"In regards to Operation Yamaha, I note the Inquiry finding that one of our soldiers has struck a prisoner after being arrested by Afghan police. The inquiry considers the way in which the prisoner was treated was inappropriate and did not reflect New Zealand values. This is not the behaviour we expect, or demand, of our people.

"The inquiry has also made recommendations on evolving and complex areas of international law regarding detention during partnered operations. The NZDF will work closely with other agencies to ensure that our frontline commanders have absolute clarity around detention policies and procedures when working alongside international forces and partners."

He said NZDF's administrative systems and processes needed to be better and it would review how these types of incidents were investigated.

The inquiry made four recommendations:

"The inquiry process was thorough and exhaustive, and we will carefully consider the findings to see if further changes are needed," Short said.

"I accept the recommendations for the Defence Force made by the inquiry and will work with ministers and other agencies to adopt them, including the establishment of an independent Inspector-General of Defence."