"We want the change, we want it now. Let's stand together, let's say it out loud." 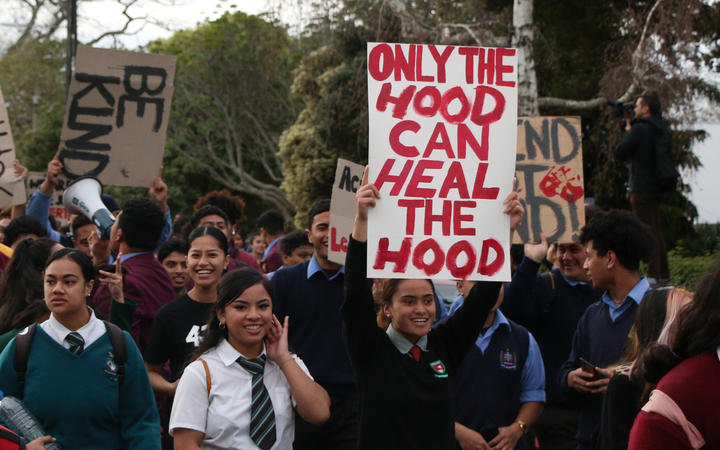 Those were the chants of about 200 secondary students huddled on a South Auckland field, not for a rugby game or a cultural dance practice, but in a rally against inter-school violence. 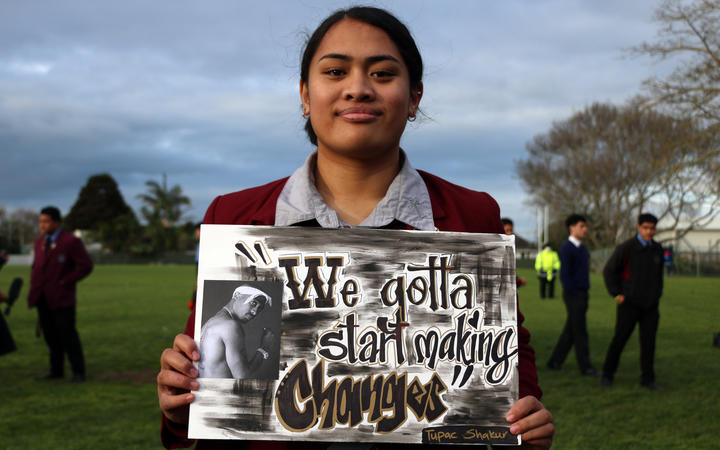 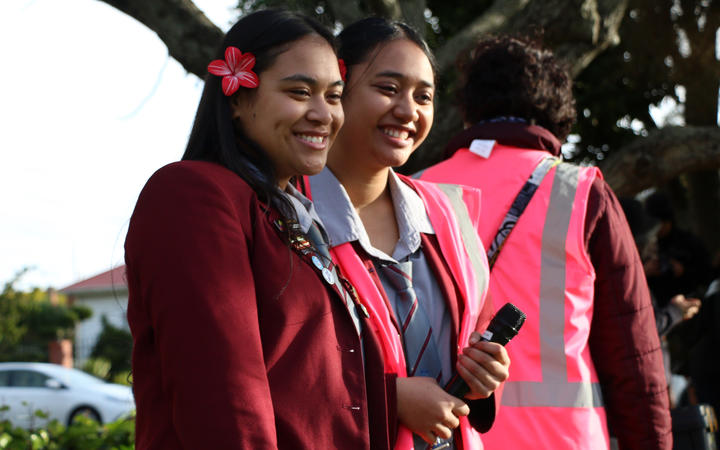 Theresa Viane (R) and another student leader smile at the crowd of students gathered. Photo: RNZ

"We want people to see us South Auckland students in a good light. We are future leaders, we are the future generation." 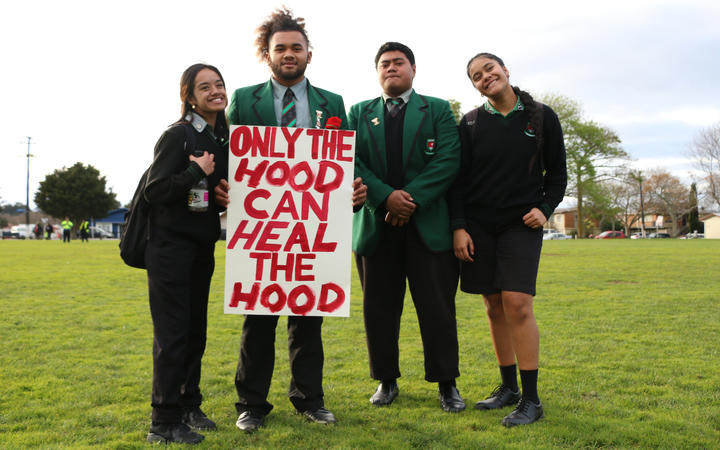 "We need change and we need it now."

The Auckland Student March around a community block in Ōtāhuhu included students from outside the South Auckland area with the support of whānau, local authorities and the wider community. 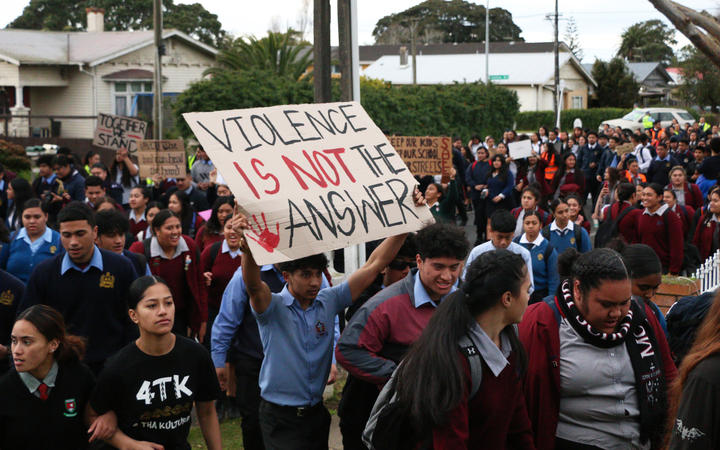 Last month, four teenagers were arrested and charged over a school brawl outside De La Salle College in Māngere.

Boys from De La Salle College showed up in numbers and head boy Toma Laumalili said it was a chance for them to change public perception. 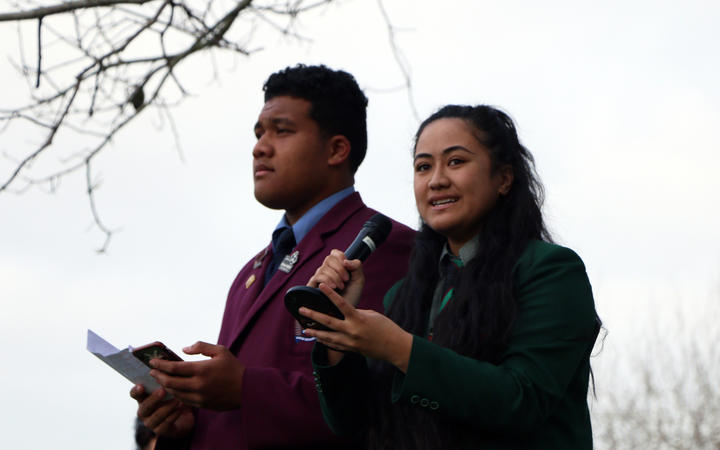 "Our school gets a lot of bad media representation ... we're not all about the violence."

"I hope that we eliminate school violence and everyone rises above the hate." 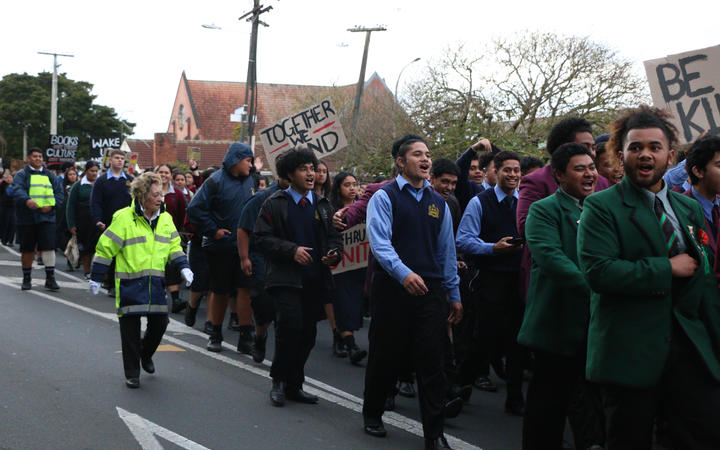 Students chant as they march through the streets of Ōtāhuhu to rally against inter-school violence. Photo: RNZ

Local Māori warden Marina Diamond said it was beautiful to finally see young leaders of the future standing up against an ongoing issue. 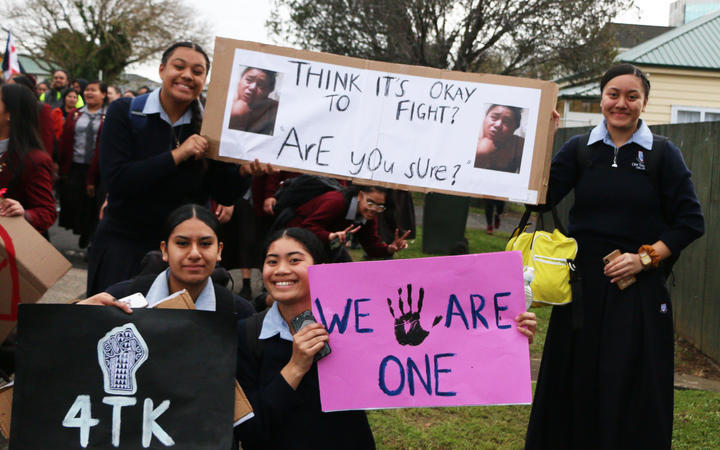 Diamond has been a warden for 16 years and said it was the first she had seen schools voluntarily come together for a cause.

"This couldn't have happened any quicker than it should've."

"This is going to be history in the making." 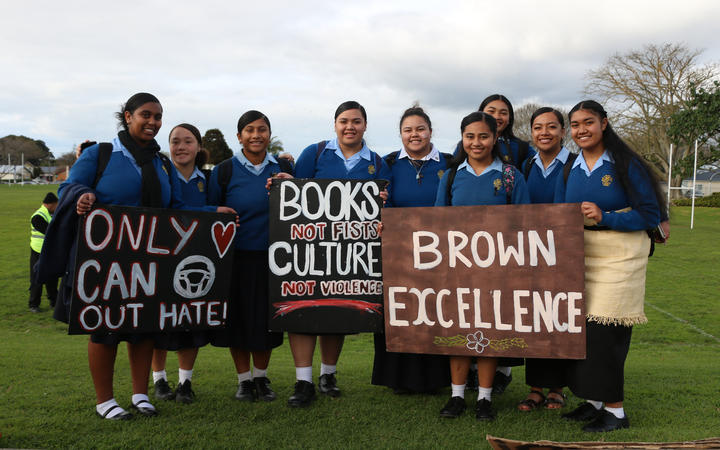 Māngere-Ōtāhuhu local board chair Lemauga Lydia Sosene said authorities were happy to facilitate a space for young people to be heard.

"It's always highlighted that they're the problem, believe me, they've got the solution." 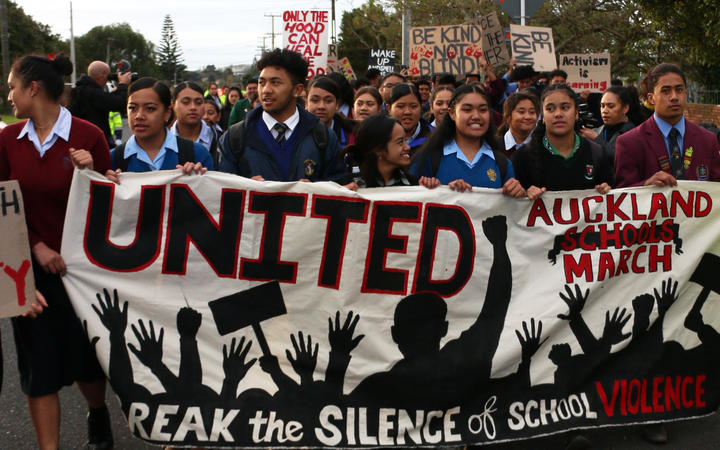 "We're walking beside them [to] support their kaupapa."

All the chants and speeches echoed the same sentiment: a call for change.

Viane hopes the momentum from the march will build on to other initiatives that promote peace. 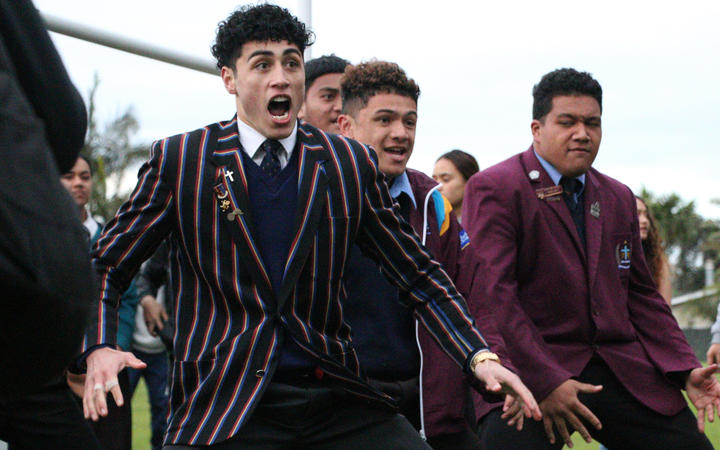 A student leads a haka to acknowledge the local authorities and the wider community who came out to support the march. Photo: RNZ