A new regional aquatic centre in Hawke's Bay with an Olympic sized pool is being heralded as a "game changer". 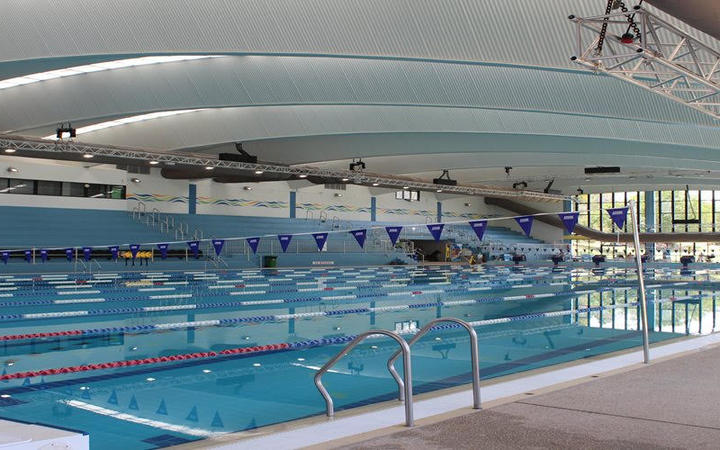 The announcement was made by the Minister for Small Business Stuart Nash in Hastings today.

Up to $32 million has been approved in principle for the project, which was a shovel-ready proposal put forward by local councils, iwi, and community groups.

Nash said the centre is expected to generate about 166 jobs and support hundreds.

"Small businesses and contractors in the construction industry and services sector now have greater certainty about the pipeline of projects in the region. It is part of a wider sports, health and fitness complex which includes a hostel to support youth in trades training."

The aquatic centre will be at the Mitre 10 Park in Hastings, added to EIT Institute of Sport & Health which opened a year ago.

It will feature an Olympic size 50 metre pool and a learn-to-swim 25m pool.

The aquatic centre would be available for swim training, water polo (there is no deep-water pool in the region), school sports and competition events, along with water competency education and community health lap swimming and aquarobics classes.

It would add to the multi-sport indoor training facilities for netball, basketball, volleyball, badminton, futsal and pickleball at the EIT Institute of Sport & Health, as well as complementing the outdoor athletics, hockey, netball, canoe polo, rugby league and football facilities at Mitre 10 Park. 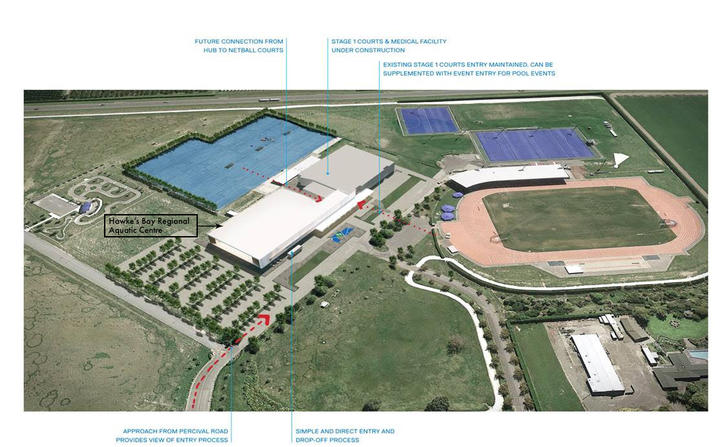 This announcement follows local controversy around a new pool in Napier, when residents took the council to court over a lack of consultation.

The council brought plans back to the drawing board and plan to reconsult next year.

Mayor Kirsten Wise said in a Facebook post on Sunday the regional pool announcement was "fantastic news for the region".

"Looking forward to your input into what you would like to see in our redevelopment when we come out to reconsult next year," the post read.