Hungry kiwi in Hawke's Bay have put their own survival ahead of producing more eggs, as the region was gripped by a prolonged drought. 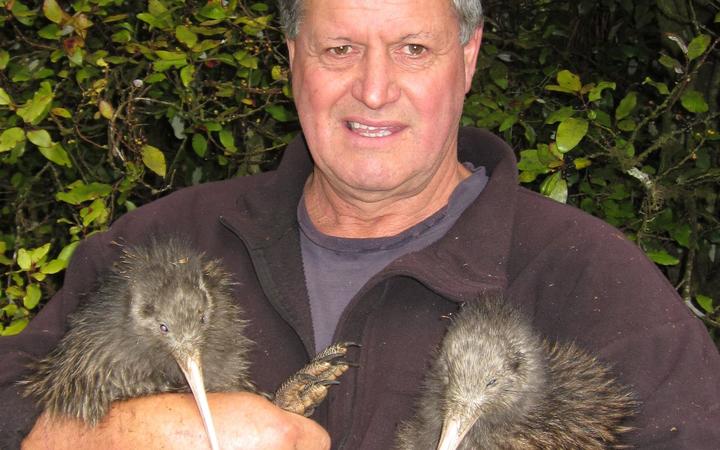 And that resulted in a less than stellar breeding season - the Maungataniwha Kiwi Programme delivered 46 viable eggs to the national hatchery in Rotorua, down from 62 the previous year.

The native birds produced a similar number of first clutch nests compared to the previous season.

But when it came to second clutch nests, the numbers were down from 18 to seven.

Some males abandoned their second clutch nests in the early stages of incubation, or were not detected to nest at all. 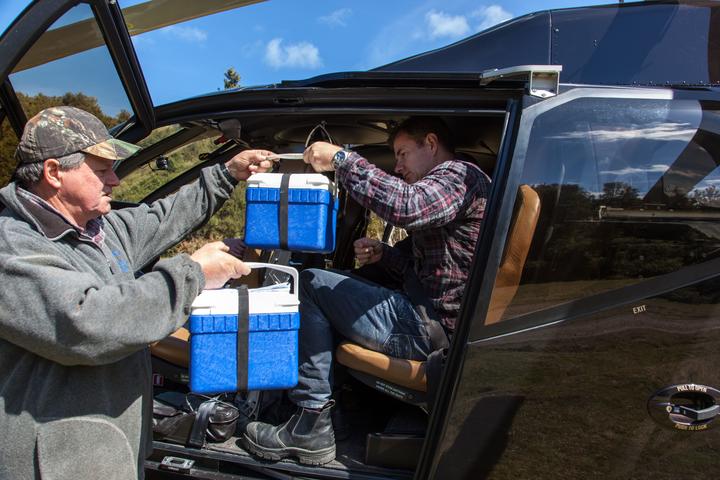 Barry Crene handing some eggs from birds monitored as part of the Maungataniwha Kiwi Programme to Forest Lifeforce Restoration Trust chairman Simon Hall (right), for helicopter transport out of the bush to the National Kiwi Hatchery in Rotorua. Photo: Supplied

"[They] mostly knew well before we did that we were going to get a drought, so they would have had a little discussion and said, oh well, no more nookies, we're going to look after ourselves, because we're going to have a long, hot, dry summer."

When he was out changing transmitters, Crene said he found more kiwi than normal living nearer the streams or in muddy conditions in the forest. 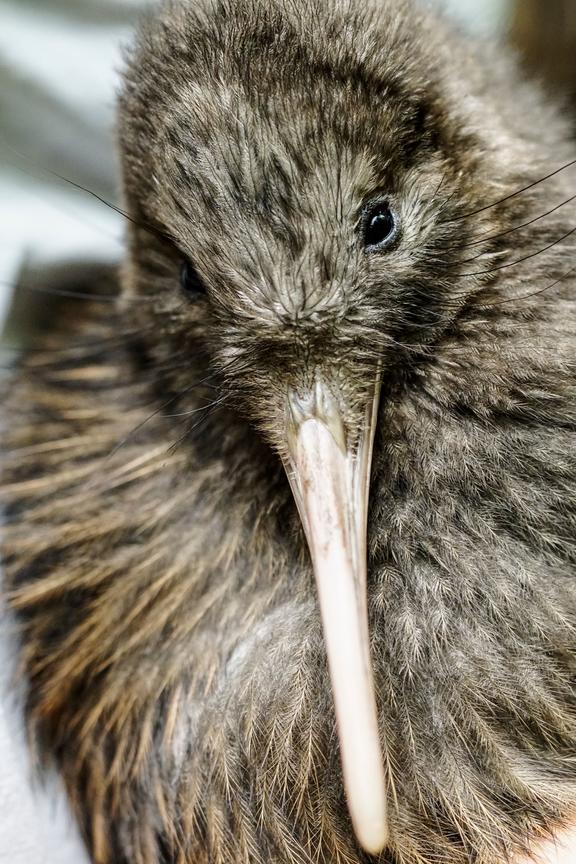 "They can go down into gullies and live right down low where the food is.

"When the ground dries up, the bugs just go down deeper, they keep following the moisture. The birds here can adapt from being up in the high country and come down into the creeks."

The results in Hawke's Bay were echoed by other kiwi conservation projects across the North Island.

The National Kiwi Hatchery incubated 125 eggs during the season - only 21 of them were second clutch eggs.

"We believe that their failure to propagate was an instinctive reaction to the conditions at the time," Bean said.

"Having produced a first clutch their need to look after themselves outweighed their need to produce a second clutch, and so that's what they did."

Crene said the lower than usual numbers of eggs was a bit of a setback for them.

"But there's nothing we can really do about it, it's just the way it is, we've just got to really go with the flow."